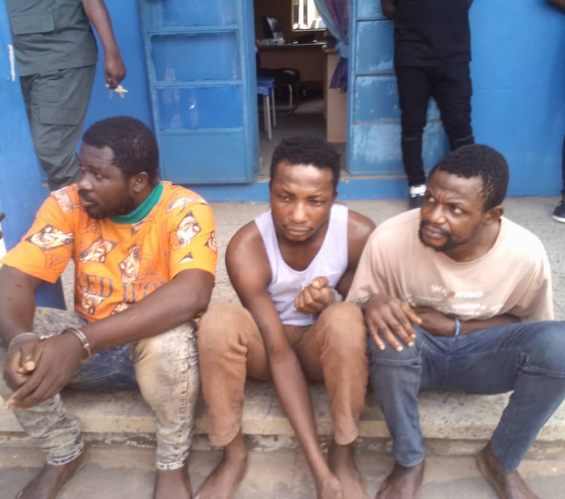 Armed robbery suspects have confessed to luring drivers and killing them before selling their cars. Williams Abiodun was paraded on Wednesday, Jan. 25, alongside 10 other suspects at the command headquarters in Edo State,. He narrated how his gang killed their victims and sold their vehicles in Benin, Edo State. He said he and four members of his gang usually disguised as site workers to lure unsuspecting drivers to where they robbed them of their vehicles. He said, “When we get to the site, we collect their vehicles, kill them with blocks and sell their cars. “We killed the first person, collected his car and sold it to a Chinese company. The second person was a tricycle operator whom we killed and sold his tricycle. But we were arrested while trying to sell a Toyota Sienna which we got during the third operation.” Abiodun’s gang member, Akin Amadin, said he made N90,000 during the operations. He said, “Abiodun told me that my job was to watch to see who was coming. The first one we did, he gave me N35,000; I got N55,000 in the second operation and we were caught while trying to sell the third car. We killed three people in all.” The state Commissioner of Police, Mohammed Dankwara, during the parade, said 135 criminal suspects had been arrested since his assumption of office in the state, adding that the police also recovered N1.2m and sophisticated arms and ammunition from the suspects.The post Robbers kill three drivers,sell their cars appeared first on Linda Ikeji Blog.
Uncategorized