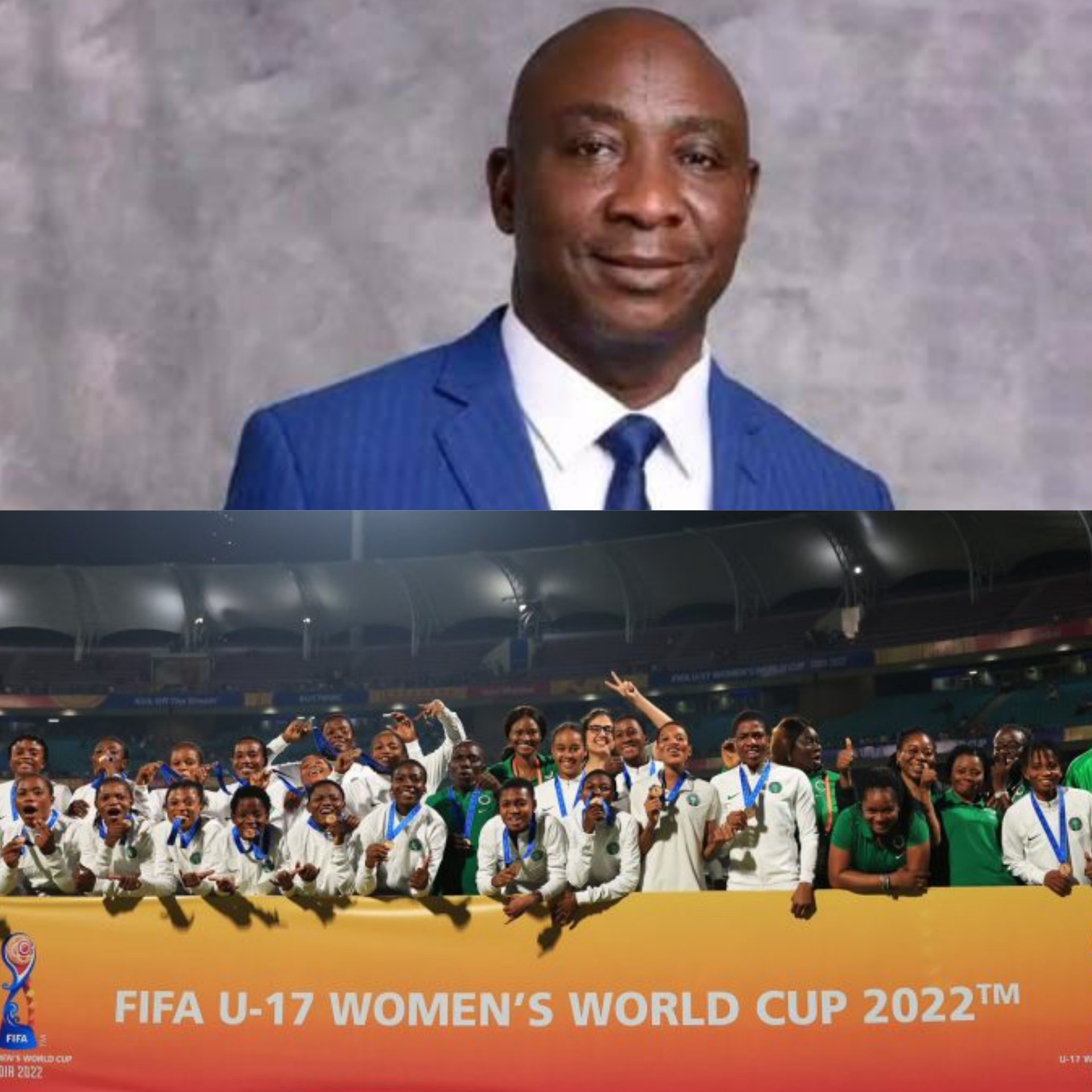 President of Nigeria Football Federation, Ibrahim Musa Gusau has assured players and officials of the national Under -17 women’s team, the Flamingos that their bonuses will be paid soon .The Flamingos won bronze at the 2022 FIFA U-17 Women’s World Cup in India October 2022, after defeating Germany to win the Third-Place game.The players have been agitating for the payment of their match bonuses after they were welcomed by the Minister of Youth and Sports Development, Sunday Dare following the conclusion of the tournament. Gusau, now says the NFF is doing everything possible to ensure that the players are paid all the money owed them.“We are quite aware of the fact that we are owing them and I can assure them that they will get paid as soon as possible. The Minister of Youth and Sports is working hard to ensure that the money meant for the team’s bonuses and allowances are released by the ministry of finance,” Gusau stated. “No money was given to NFF to prosecute the African qualifying matches up to the world cup proper. We sourced funds that enabled the Flamingos to participate in the World Cup and we were also able to offset their daily allowances and other expenses. They should be patient and trust us to get their money, the process is not easy that is the cause of the delay,” the NFF president stated.  The post ‘They should be patient and trust us to pay them’ – New NFF president Gusau tells unpaid Nigeria’s flamingoes three months after winning bronze at 2022 U-17 Womens World Cup appeared first on Linda Ikeji Blog.
Uncategorized