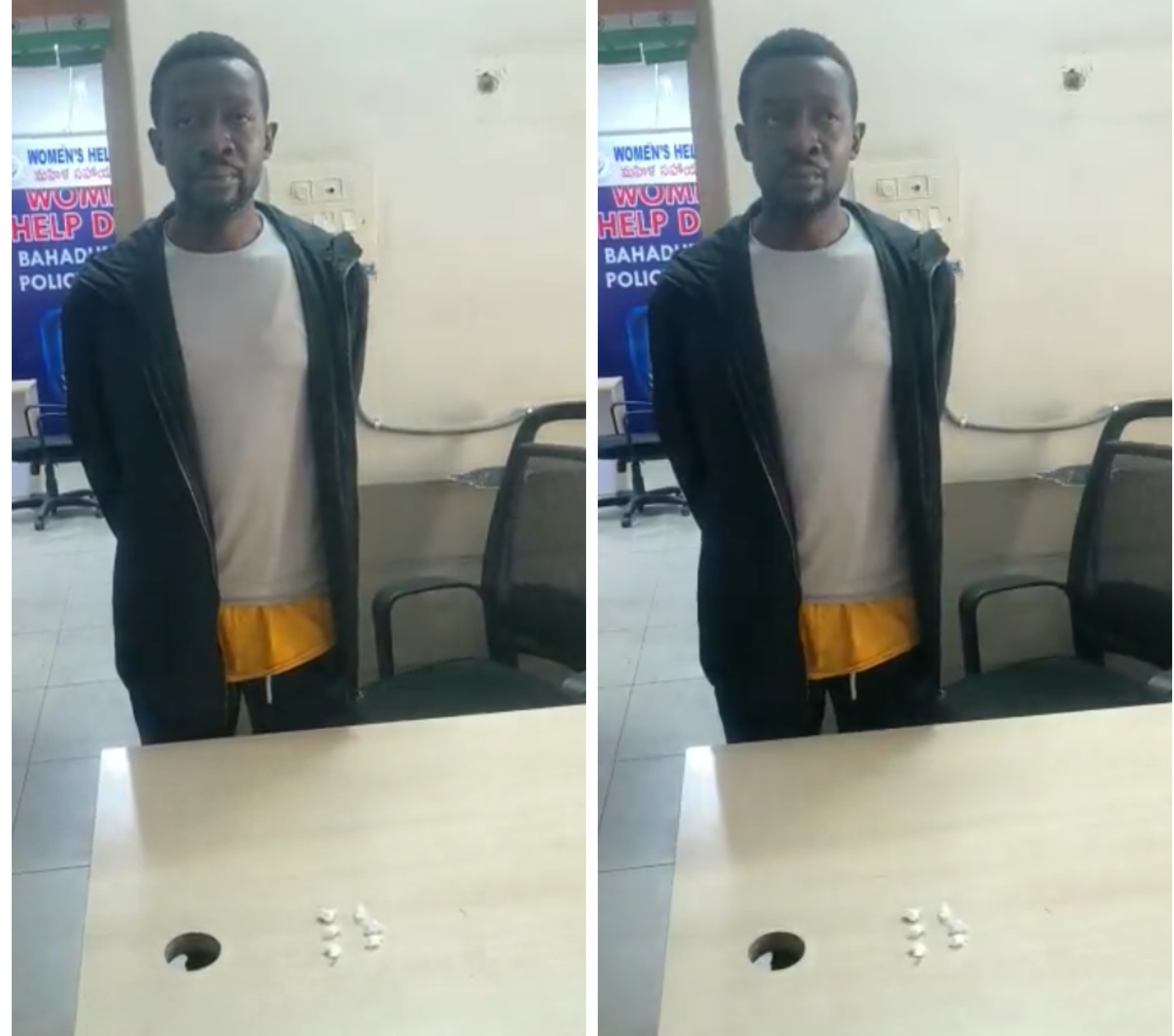 Police in India have arrested a suspected Nigerian drug peddler, Ojengwa Emmanuel Osondu and seized 5 grams of cocaine worth Rs. 60,000 (over N10m) from his possession.  Osondu, 34, a Mumbai resident, was arrested by the sleuths of the Hyderabad Narcotic Enforcement Wing and Bahadurpura police on Wednesday, January 24, 2023, while he was selling a cocaine sample to city-based drug peddler Level Arjun in Bahadurpura. The police said that Emmanuel Osandu, of Enugu state, came to India in 2016on a student visa and has been residing in Mumbai since. He was previously arrested by the Goregaon police in December 2020 in an NDPS Act case.Besides the contraband, the police seized his mobile phone. They are in theprocess of identifying Arjun and other peddlers and consumers, a pressrelease issued by H-New DCP Gummi Chakravarthy stated. #Nigerian national supplying #drugs caught by @hydcitypolice at Bahadurpura, #Hyderabad.#Cocaine was seized from him.#SayNoToDrugs @DeccanChronicle @oratorgreat pic.twitter.com/nVRTNLdk70— Pinto Deepak (@PintodeepakD) January 25, 2023The post Suspected Nigerian drug peddler arrested with cocaine worth N10m in India appeared first on Linda Ikeji Blog.
Uncategorized