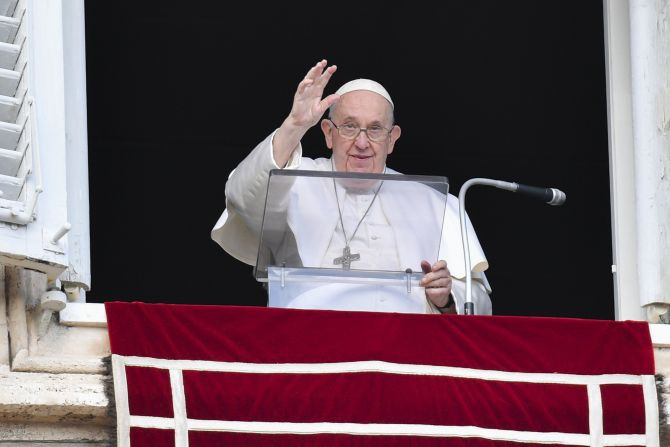 Pope Francis has declared homosexuality a ‘sin’ but not a ‘crime’ while condemning the ‘unjust’ laws which criminalize gay people. In an interview on Tuesday, the 86-year-old said God loves his children just as they are and called on bishops to support the laws to welcome LGBTQ people into the church. He told the Associated Press: ‘Being homosexual isn’t a crime.’ He acknowledged Catholic bishops in some parts of the world support laws criminalising homosexuality or discriminate against the LGBTQ community and referred to the issue in terms of ‘sin’. But he attributed such attitudes to cultural backgrounds and said bishops in particular need to undergo a process of change to recognise the dignity of everyone. ‘These bishops have to have a process of conversion,’ he said, adding that they should apply ‘tenderness, please, as God has for each one of us’. The United Nations (UN) has repeatedly called for an end to laws criminalising homosexuality outright, saying they violate rights to privacy and freedom from discrimination and are a breach of countries’ obligations under international law to protect the human rights of all people, regardless of their sexual orientation or gender identity. Declaring such laws ‘unjust’, Francis said the Catholic Church can and should work to put an end to them. ‘It must do this. It must do this,’ he said. Francis quoted the Catechism of the Catholic Church in saying gays must be welcomed and respected and should not be marginalised or discriminated against. ‘We are all children of God and God loves us as we are and for the strength that each of us fights for our dignity,’ Francis said, speaking from the Vatican hotel where he lives. The post Pope Francis declares ‘homosexuality is a sin but notacrime’ appeared first on Linda Ikeji Blog.
Uncategorized