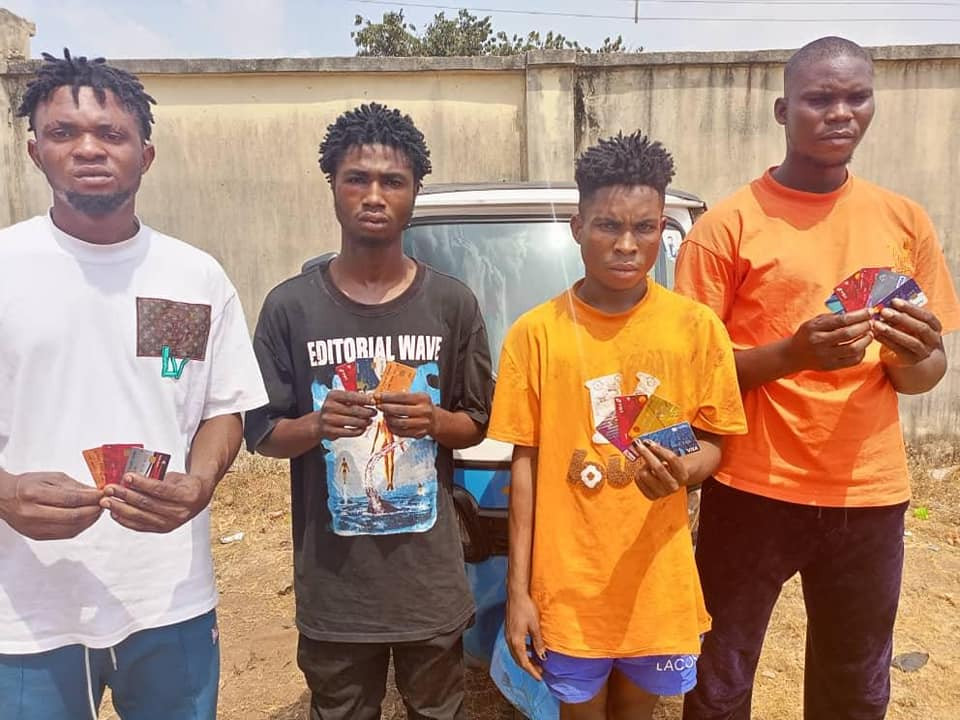 The Delta State Police Command has arrested four members of a fraud syndicate in Ogwashi-Uku town.  The suspects were arrested by operatives of Decoy Squad led by ASP Julius Robinson based on credible intelligence.  Spokesperson of the command, DSP Bright Edafe, in a statement on Wednesday, January 25, 2023, said the suspects specialize in defrauding victims including POS operators and filling stations. The police also recovered one tricycle and fifteen different bank ATM cards from the suspects.  “On the 22/01/2023 at about 0800hrs, operatives of Decoy Squad led by ASP Julius Robinson acting on a credible intelligence on a syndicate who specializes in defrauding unsuspecting victims of their hard earned money, the operatives stormed Ogwashi-Uku town and arrested the following suspects; (1) Allison Louis ‘m’ 27yrs a native of Numan LGA of Adamawa state, (2) Sunday David ‘m’ 22yrs a native of Oturkpo Benue state, (3) Peter Akagbai ‘m’ 20yrs from Umuokwe Quarters of Ogwashi-Uku and (4) Chibuzor Elumeze ‘m’ 23yrs from Ogbenta-Obi Quarters in Ogwashi-Uku. Exhibit recovered from the syndicate includes one (1) tricycle, fifteen (15) different bank ATM cards,” “During the course of the investigation, the suspects confessed to a series of fraud committed within Ogwashi-uku and Asaba metropolis with POS operators and filling stations as their major victims. “The suspects stated that they go to filling stations, POS operators and super markets, purchase items and also make withdrawals with the ATM cards and then call their banks and give a false complaint that the transaction was not successful. “The banks without due investigation will then wrongly debit the victims and credit the accounts of the suspects. They have so far defrauded their various victims several millions of naira. Investigation is ongoing.” 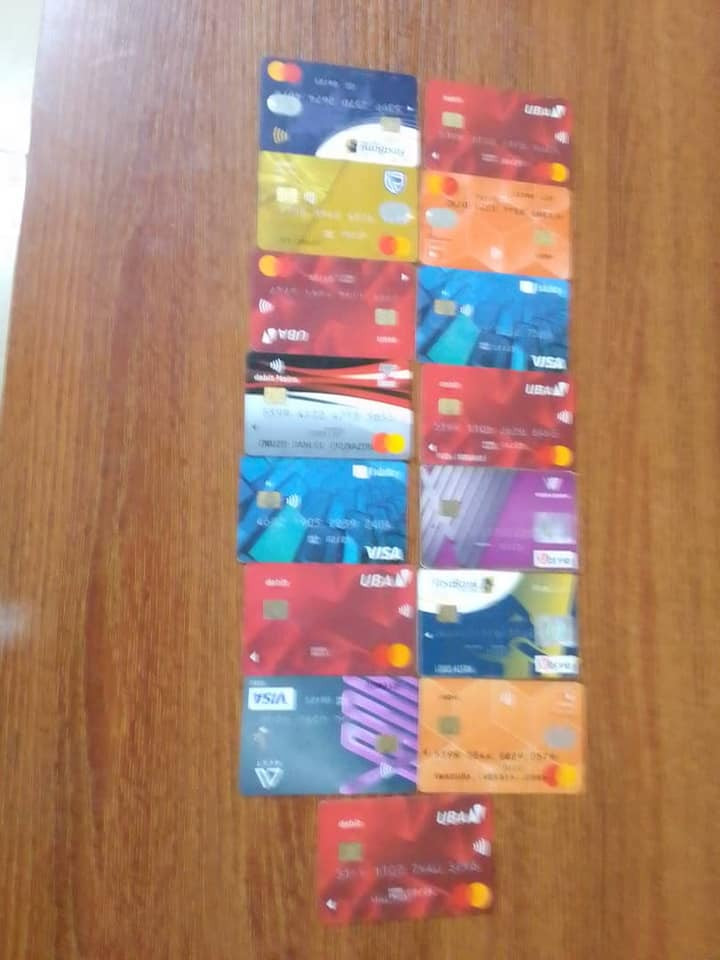