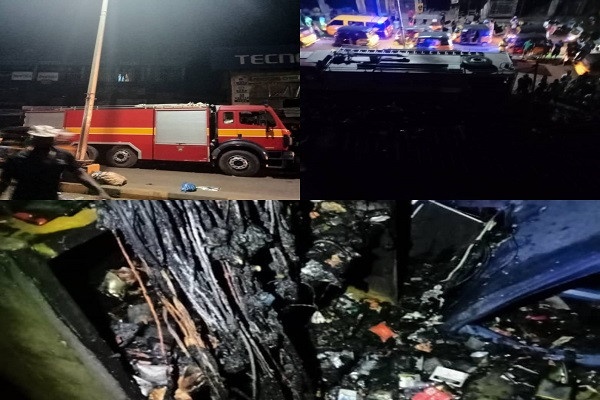 A mobile phone plaza opposite Eke Awka Market in Anambra State capital, Awka, has been razed down by fire around 7.28pm on Tuesday, January 24.  The Nation reported that the fire which was caused by a power surge, destroyed mobile phones and other accessories worth millions of naira. Eyewitnesses said aside phone accessories that were destroyed in the inferno, some of the roofing sheets of the building were also affected by the fire. Anambra Fire Chief, Engr Martin Agbili confirmed the incident, saying the fire would have spread to other nearby buildings if not for the quick response of his men.The post Fire razes phone plaza in Anambra market appeared first on Linda Ikeji Blog.
Uncategorized