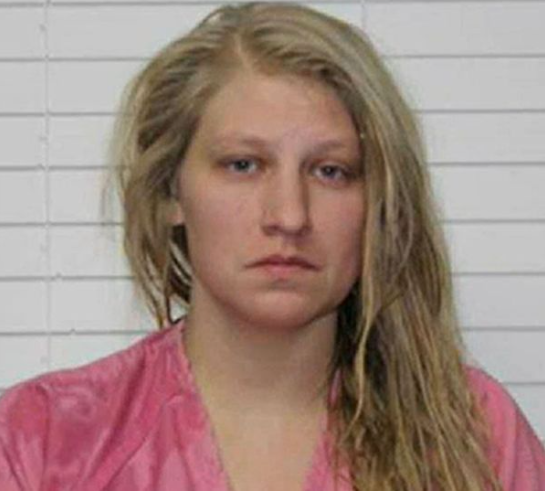 A female teacher has been arrested after allegedly raping a student in exchange for giving him good grades. Lena Stewart, 26, of Nixa High School in Missouri, USA, has been charged with two counts of second-degree statutory sodomy, one count of statutory rape, three counts of sexual contact with a student, and one count of sexual misconduct. The charges relate to alleged incidents dating back to October 2022. The student was 16 at the time and the age for sexual consent in Missouri is 17. According to investigators, the student claimed Stewart was lenient in class towards him. He claimed he did not have to do much work to receive an A and was worried his grades would drop if he didn’t comply with her sexual demands. A police statement (identifying the student as CV) read: “CV was interviewed as the CAC during October 2022. Lena and CV arranged to meet while CV was visiting a friend for the evening. “CV told the interviewer that on two separate occasions Lena met them at their friend’s house and the two engaged in sexual contact. “In both instances Lena arrived in her vehicle and CV got into the vehicle with her. During the first contact, CV said the two kissed and undressed. “CV said they got uncomfortable and told Lena that they needed to go home. During the second meet up, CV said they kissed, undressed, performed oral sex on each other, and engaged in sexual intercourse.” The Nixa School District placed Stewart on administrative leave in December 2022. Education authority spokesman Zac Rantz said in a statement: “We learned today that charges have been filed against Lena Stewart, a teacher at Nixa High School. “We take any allegation of inappropriate conduct extremely seriously, so when an allegation was made in December, the district followed policy and procedure and then placed Lena Stewart on administrative leave and will continue to follow board policy and procedure when addressing this situation. “The district will be working with the appropriate authorities as they conduct their investigation and will cooperate fully with anything they need.” The post Female teacher accused of raping16-year-old student in exchange for giving him good grades appeared first on Linda Ikeji Blog.
Uncategorized