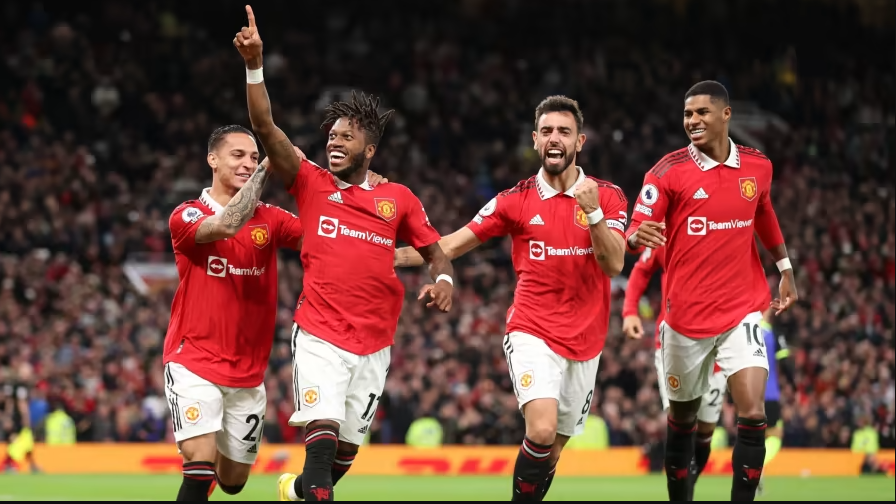 Manchester United have reportedly retained its position as the Premier League’s most valuable club, with a valuation of £ 4.8 billion [$5.95b].  According to a study by Sportico, Manchester United’s valuation of £4.8billion left them at the summit of the list. United’s rivals Liverpool and Man City were second and third respectively with valuations of £3.8billion [$4.71b] and £3.5billion [$4.43b]. Current Premier League leaders Arsenal moved up a spot with their value of £2.9billion [$3.6b], while Chelsea were left in the fifth with £2.8billion [$3.47b]. Between 2021 and 2023, it was Newcastle United who saw their club grow in value their most – with a 63 per cent increase bringing them to a total value of £388million. The news of United’s mammoth valuation comes just two months after the board said they ‘will consider all strategic alternatives, including new investment into the club, a sale, or other transactions involving the company’. Executive co-chairmen Avram and Joel Glazer added that they were looking to ‘maximise the significant growth opportunities available to the club today and in the future’. The post Manchester United revealed as the Premier League’s most valuable club with an estimated worthof4.8billion appeared first on Linda Ikeji Blog.
Uncategorized