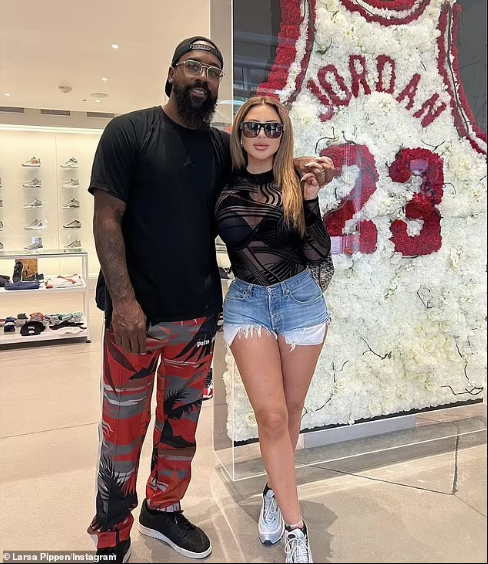 The Real Housewives of Miami star, Larsa Pippen has gone Instagram official with her partner, Marcus Jordan, 32.  Larsa shared a lovely image of them posing and holding hands in front of a framed oversized jersey emblazoned with his famous father Michael Jordan’s name and number. The divorced mother-of-four, 48, captioned the picture ‘checks over stripes’ and the Trophy Room founder/CEO commented: ‘That’s what I like, that’s what we like!’ 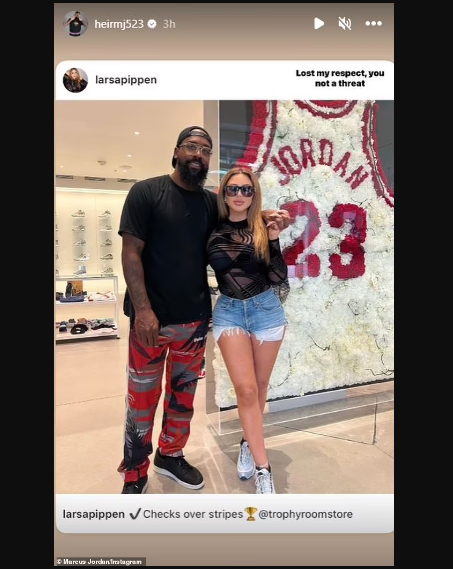 Marcus, who is 16 years younger than Larsa, reposted the same shot to his Instastory with rapper Travis Scott’s 2018 track Sicko Mode blaring in the background. Pippen and Jordan have been inseparable since their first sighting at Zuma Miami on September 4. The reality star was previously married to a former NBA star, Scottie Pippen. They welcomed four children – Scottie Jr., 22; Preston, 20; Justin, 17; and Sophia, 14 – before divorcing in 2021 after 20 years of marriage.The post Larsa Pippen, 48, goes Instagram official with Michael Jordan’ssonMarcus,32 appeared first on Linda Ikeji Blog.
Uncategorized