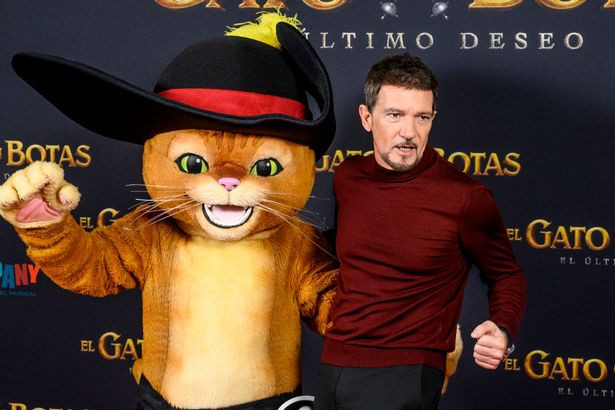 Oscar-nominated actor, Antonio Banderas has said that having a heart attack was “the best thing to ever happen to him”. Banderas revealed that his brush with death was also part of the inspiration behind his latest film Puss in Boots: The Last Wish, which explores the tricky subject of mortality. The film, which is the fifth movie to feature the sword brandishing feline, sees Puss on the last of his nine lives. The 62-year-old Spanish actor who revealed that being close to death made him look at his life “from a different point of view”, added that he’s now only looking out for the pleasure of acting. He told Radio Times;  “Well, I had a heart attack six years ago.”It probably was one of the best things that happened in my life. It was like putting glasses on and seeing what was important.””Since my heart attack, I’m looking only for the pleasure of acting. That’s it. I don’t care about anything else. For me, life starts when somebody says, “Action!” – or when the curtain comes up.” Banderas was rushed to hospital in 2017 after experiencing chest pains while he was exercising. The actor said that his girlfriend Nicole Kimpel, 40, saved his life by giving him an aspirin which she had initially got him to help his headaches.The post Antonio Banderas says the best thing to happen in his life was a heart attack appeared first on Linda Ikeji Blog.
Uncategorized