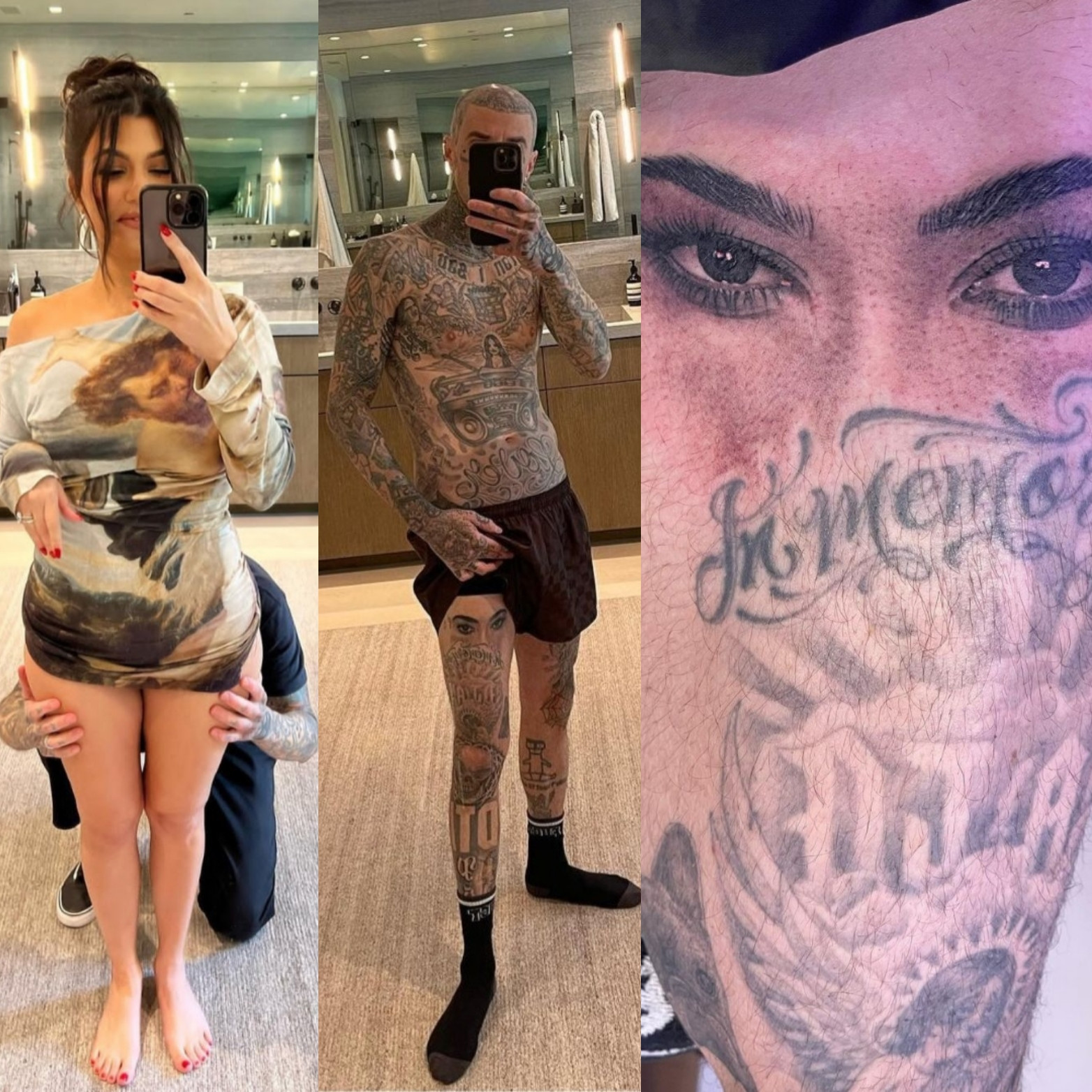 Travis Barker has added a tattoo of Kourtney Kardashian’s eyes to the others on his body. The Blink-182 drummer debuted the massive tattoo over the weekend. “Oh  hey there,” Barker, 47, captioned a series of photos. One of the selfies showed the shirtless musician lifting up his boxers to reveal the new ink. 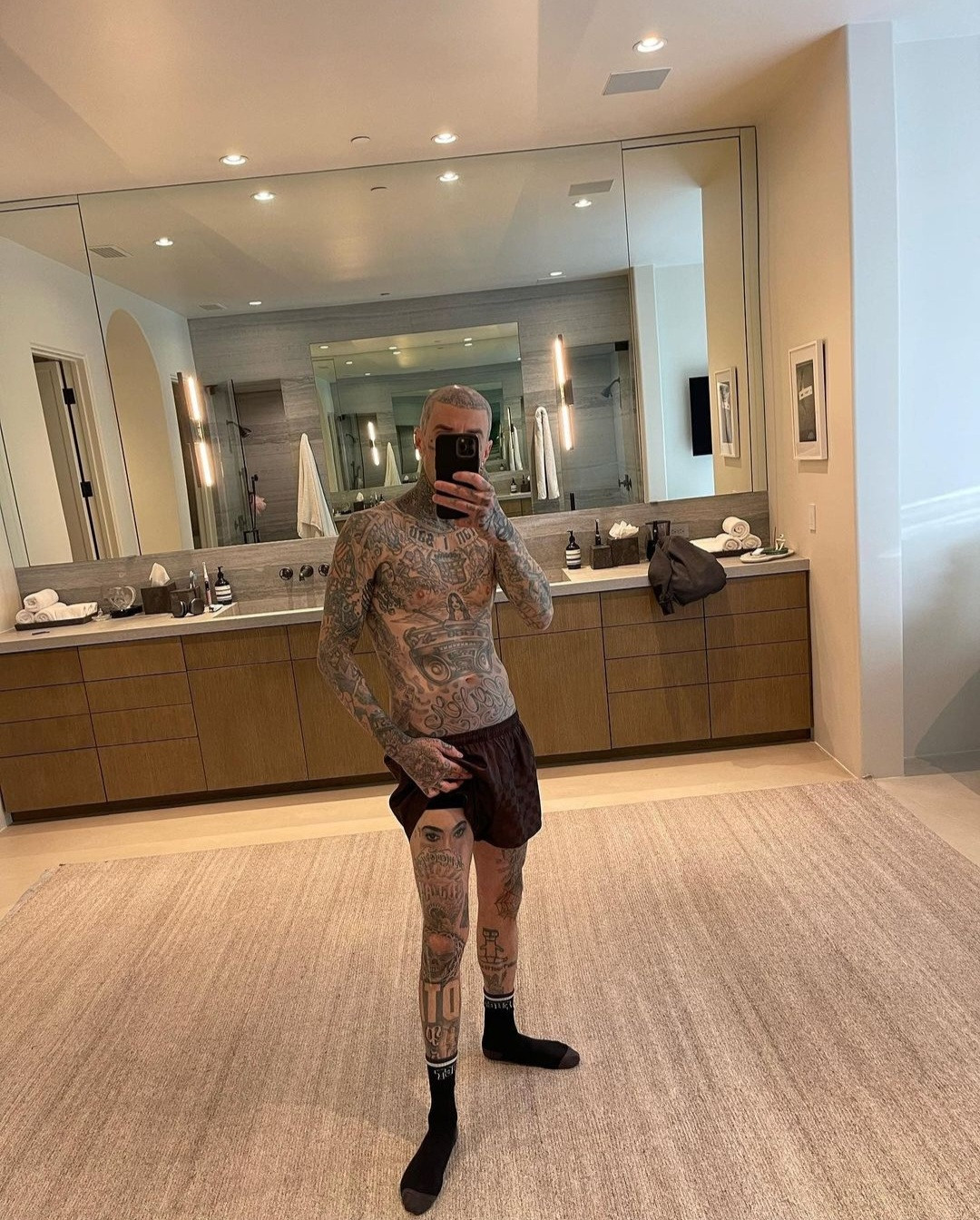 He also posted a close-up shot of the tattoo, along with a pic taken by Kardashian, which showed him hiding behind her. 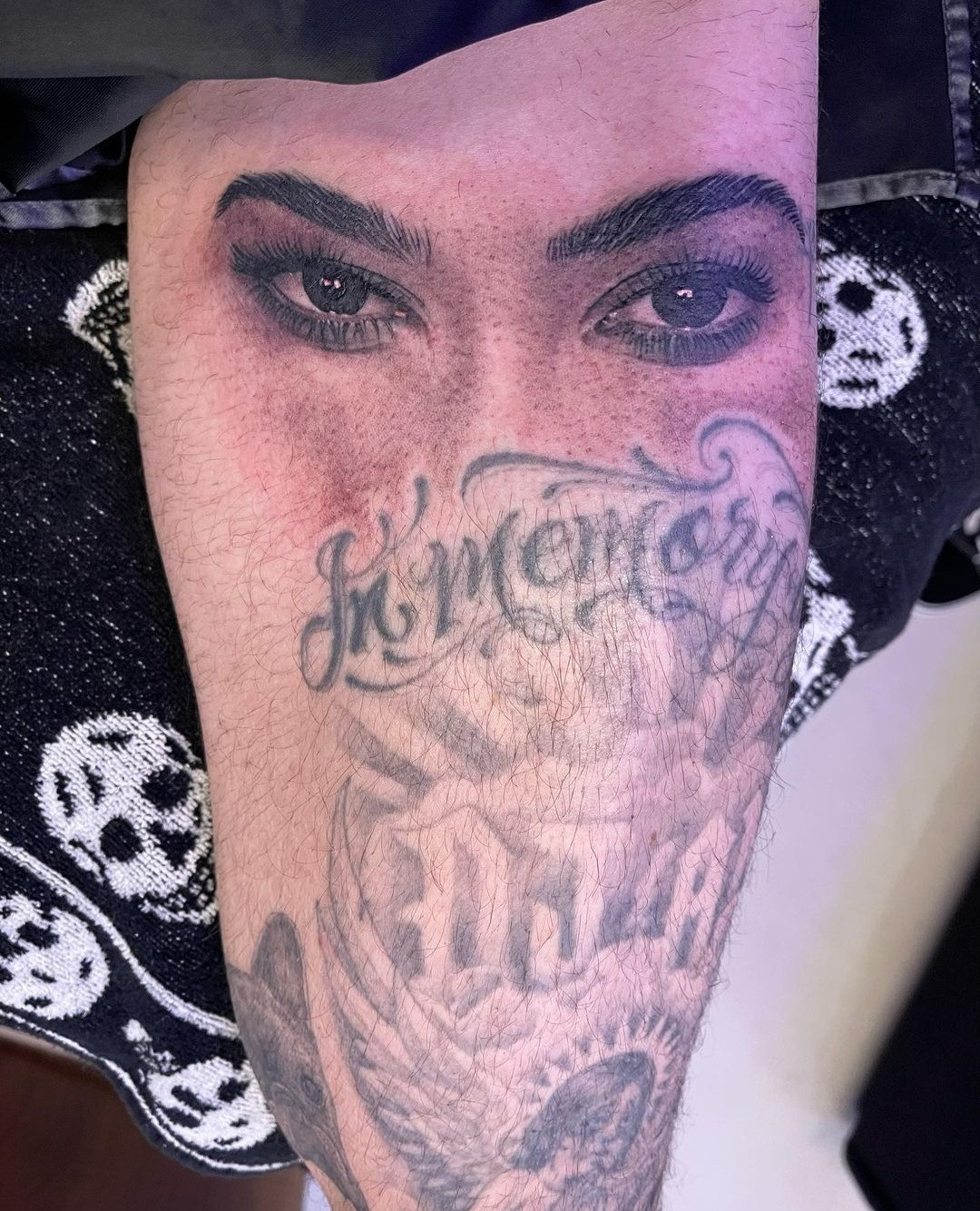 The Poosh founder, 43, wore a long-sleeved shirt dress, and appeared to giggle as her husband grabbed her thighs and crouched to the ground.