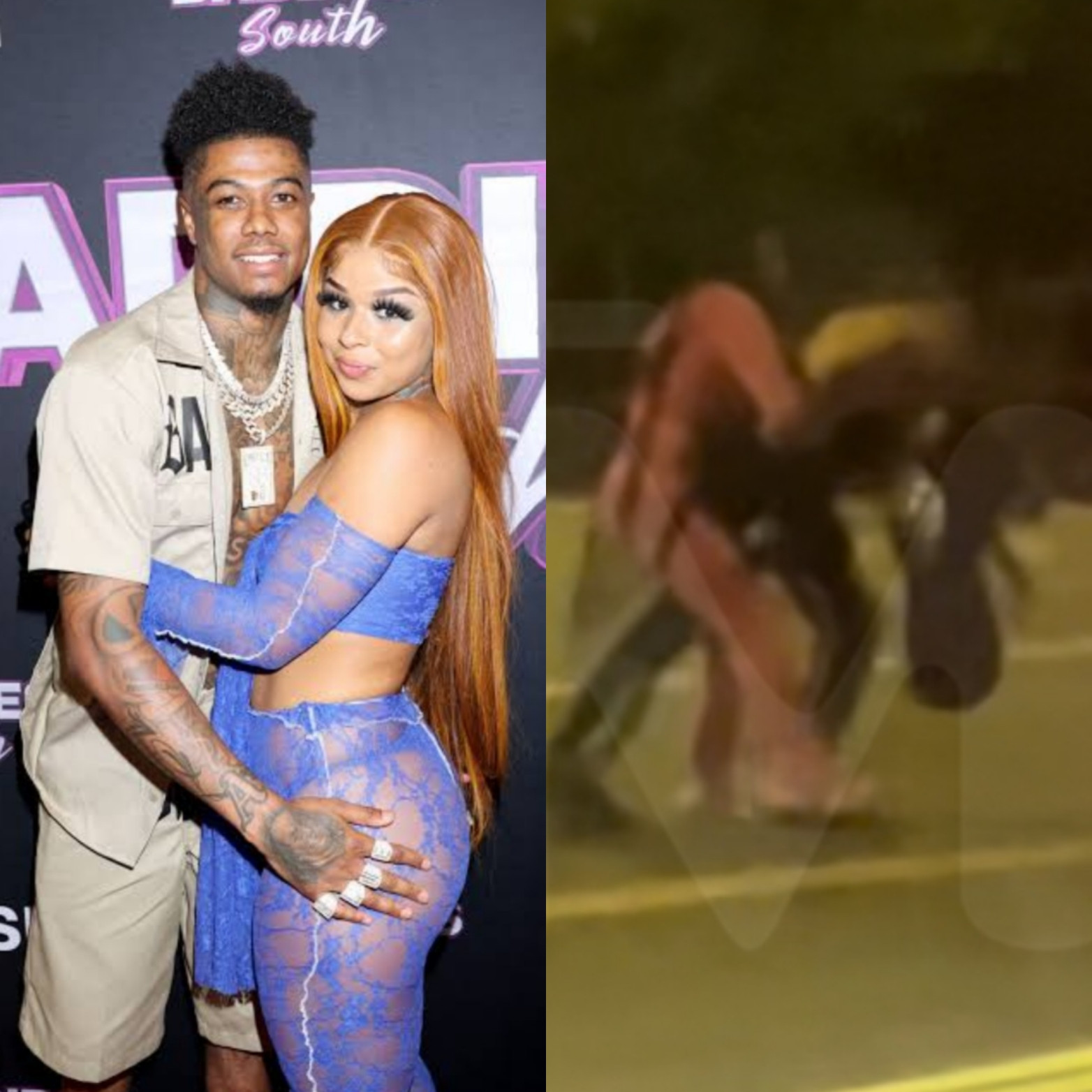 Chrisean Rock was filmed fighting two women shortly after announcing she is pregnant with Blueface’s child. Chrisean was said to be trying to get to Blueface when the fight broke out on Saturday morning, Jan. 21, in Chatsworth, near Blueface’s home. Blueface took to Twitter after Chrisean Rock’s pregnancy announcement to say he doubts he’s the father of her child. He then accused her of sleeping with 10 different men apart from him. He added that he wants a DNA test first, then prayed the child is not his. Eyewitnesses claim Chrisean then dropped in on Blueface at his house where he was throwing a party to ring in his 26th birthday, which was on Friday, Jan. 20. Chrisean crashed the party on Saturday in an effort to pull him away. In the video of the fight shared by TMZ, it seems Blueface was trying to get away in his own vehicle, with a number of people following him, including Chrisean, and it erupted in a massive brawl on the street down the block from his house. In the clip, Chrisean is seen wearing the same pink track suit she wore earlier when she announced her pregnancy news. She’s seen trying to get Blueface inside her car to leave with her. It ended with her fighting 2 ladies at the scene. In the end, she and Blue left in different vehicles. This is another instance of violence between Chrisean and Blueface whose relationship has been known to be abusive. Watch the video below. Watch: Chrisean Rock Fights Two Women,Women While Trying to Get Blueface In Her Car. #Chrisean #ChriseanRock #ChriseanRockfightin ,,,,,,,,,,,,,,video here at link… https://t.co/KyPu2xNr9K pic.twitter.com/yWlQY0pg8h— Brook Ferguson (@BrookFe84616342) January 23, 2023The post Pregnant Chrisean Rock filmed fighting two women while trying to get to Blueface (video) appeared first on Linda Ikeji Blog.
Uncategorized