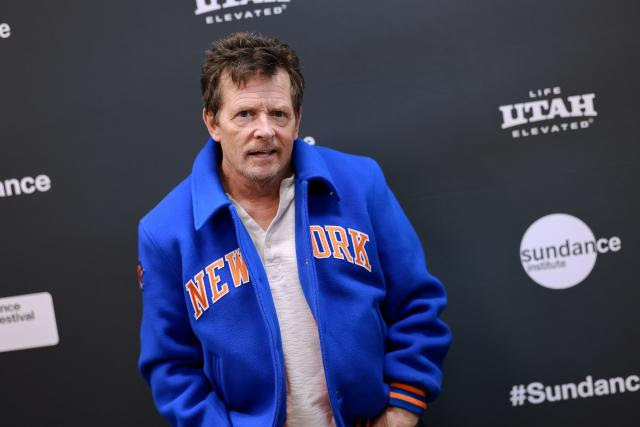 Retired Canadian-American actor, Michael J. Fox, has revealed how he went deeper into alcoholism after he was first diagnosed with Parkinson’s disease. Fox was diagnosed with parkinson’s in 1991 and the first seven years after the diagnosis were spent in denial and depression, according to the documentary “Still: A Michael J. Fox Movie,” which premiered Sunday, January 22 comes at the Sundance Film Festival. He says after the diagnosis he started taking dopamine pills while he worked on films and television projects. The pills are used for Parkinson’s, which is characterized by a loss of dopamine that causes tremors and other uncontrollable movements and progresses slowly over time as the affected neurons die.  Fox says he washed the pills down with alcohol, timing everything to keep his acting intact. “Therapeutic value, comfort – none of these were the reason I took these pills. There was only one reason: to hide,” Fox says in the documentary, according to USA Today. “I became a virtuoso of manipulating drug intake so that I’d peak at exactly the right time and place.”He got sober 30 years ago and then went public with his diagnosis in 1998. In 2000, he founded the Michael J. Fox Foundation for Parkinson’s Research, which is dedicated to finding a cure. The documentary director Davis Guggenheim, who won an Oscar for the 2006 documentary “An Inconvenient Truth,” goes with him to doctor visits and keeps filming even when Fox falls down.The documentary, which will air on Apple TV+ later this year, chronicles Fox’s advocacy, as well as his career and life in general.His optimism in the face of a devastating brain disorder is part of what moved the audience at the premier on Sunday, January 22 to give him a standing ovation when he took to the stage.“When I look at the film, the thing that screams at me with how lucky I’ve been and how successful my life has been is the stuff with my family,” Fox told Variety at the premiere. “It’s such joy.”The post Actor Michael J. Fox reveals how he struggled with alcohol after he was diagnosed with Parkinsons in 1991 appeared first on Linda Ikeji Blog.
Uncategorized