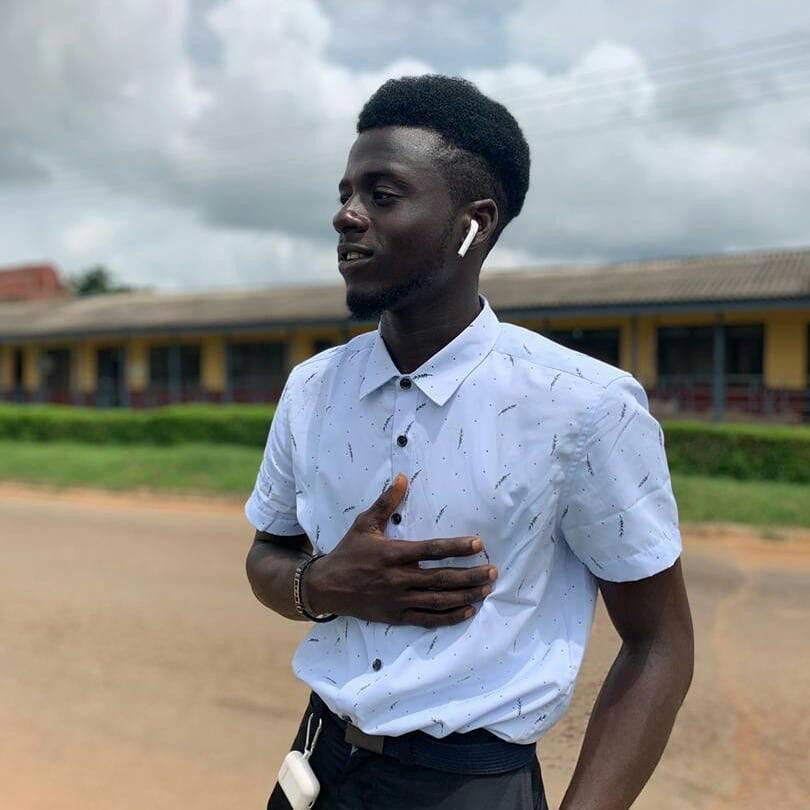 A 300-level student of the Federal University of Technology, Akure (FUTA), Ondo State, Oluwapelumi Joseph Olona has committed suicide. The student of the Department of Industrial Design hung himself with the aid of buckets in his room in an off-campus lodge in the Aule area of Akure metropolis. His body was found in the early hours of Saturday, January 21, 2023, when his close friends forced his room door open. Sources revealed that his friends became apprehensive when he did not pick his phone calls, coupled with the fact that he didn’t open his door after several knocks. “Upon gaining entry, his body was discovered hanging with the buckets used to aid his legs.” the source said.  While the cause of his action was yet to be ascertained, students within the neighbourhood where he lived said it might not be unconnected with depression and financial constraints, which he battled with. Popularly referred to as “Black” among his circle, some of his hall mates described the deceased as a jovial student who never entered into arguments or fought with anyone. The president of the institution’s students’ union, FUTASU, Jesunifemi Asoore, confirmed the incident in a statement.  “I know we are all saddened by his death, and we’re sending our condolences to his family and friends. Death can be difficult for us to understand, especially when it is sudden. Many of us may be confronted with a variety of emotions, which might include shock, sadness and confusion. We want to assure you that we, the Students Union Government, care about you and the feelings that you may be experiencing.” he said.  Spokesperson of the State Police Command,Funmi Odunlami, also confirmed the death in a statement on Saturday January 21. “His body had been taken to the morgue, and investigation has started to unravel the reasons behind his action, but it was a case of suicide.” the PPRO said. 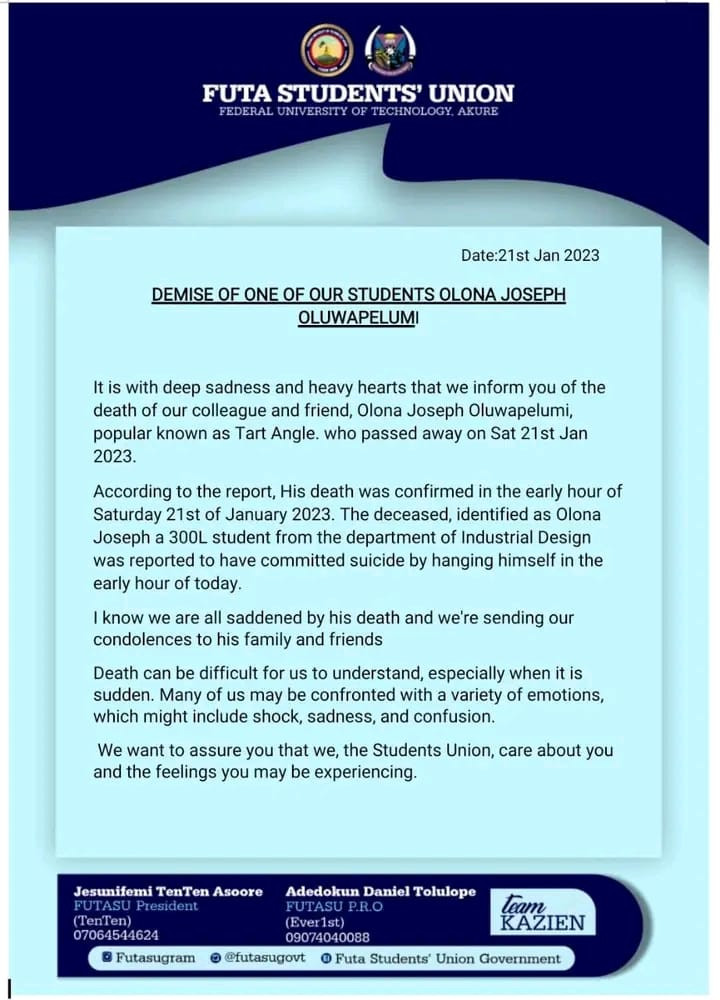