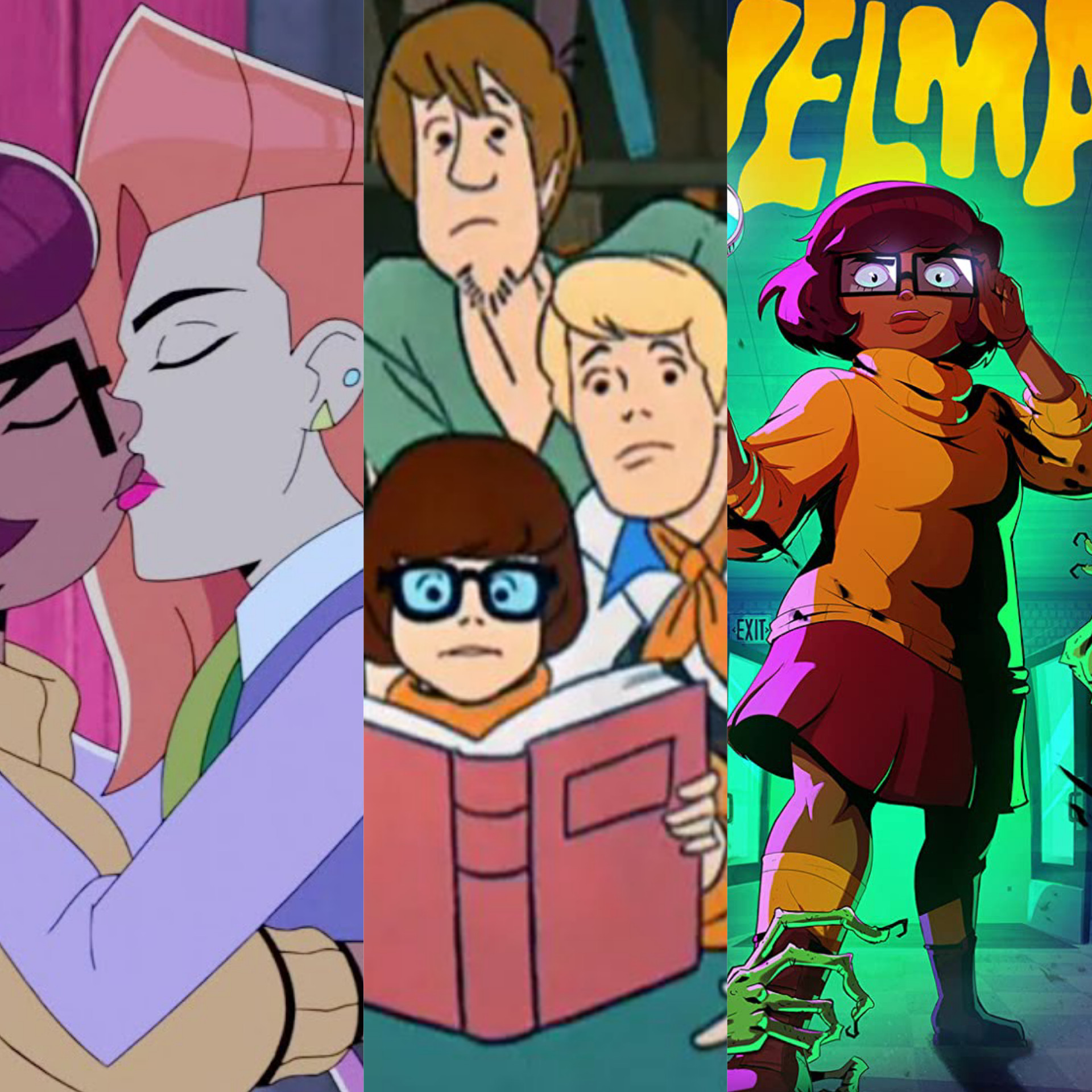 HBO’s new “Scooby Doo” spin-off series “Velma” has become the worst rated animation series in IMDB history scoring a paltry 1.3 out of 10 stars over its controversial content, where it treated sexualizing kids as a joke as well as showing off a lesbian scene.  “Velma” has been annihilated by movie critics since it debuted earlier this month. 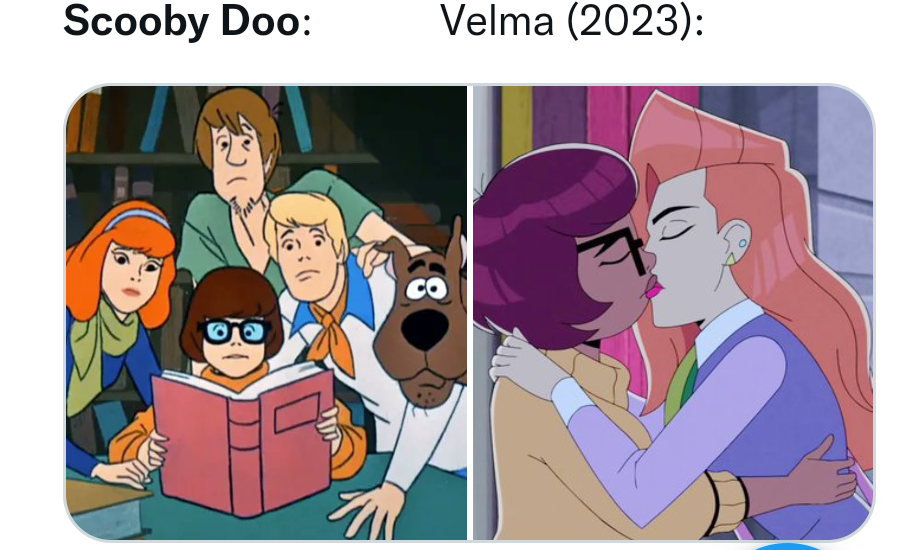 The Velma character was a popular one during the Scooby Doo cartoon series that reigned in the late 90s and early 2000s but a new ‘Velma’ was created as a series out of Scooby-Doo. In episode four, titled, “Velma Makes a List,” the new series makes multiple jokes about children in a sexual manner.  The first involves the local town mayor lusting over attractive high school teenage girls, and the other involves lead character Velma’s impression of young boys and their talent for drawing male genitalia. 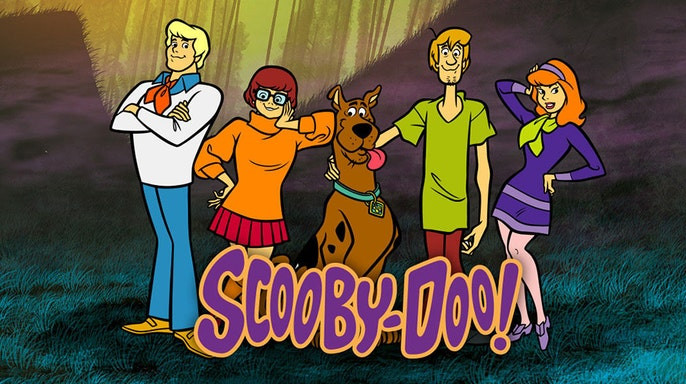 After Velma is tasked with stopping a local murderer who seems to be targeting only pretty high school girls. The middle-aged town sheriff suggests that she rank the hottest girls in her school and help them be less attractive to save their lives. The town mayor, a middle aged man salivates in reaction to Velma’s makeover reveal giving “Velma” viewers an uncomfortable scene of a middle-aged white man lusting over underage girls. 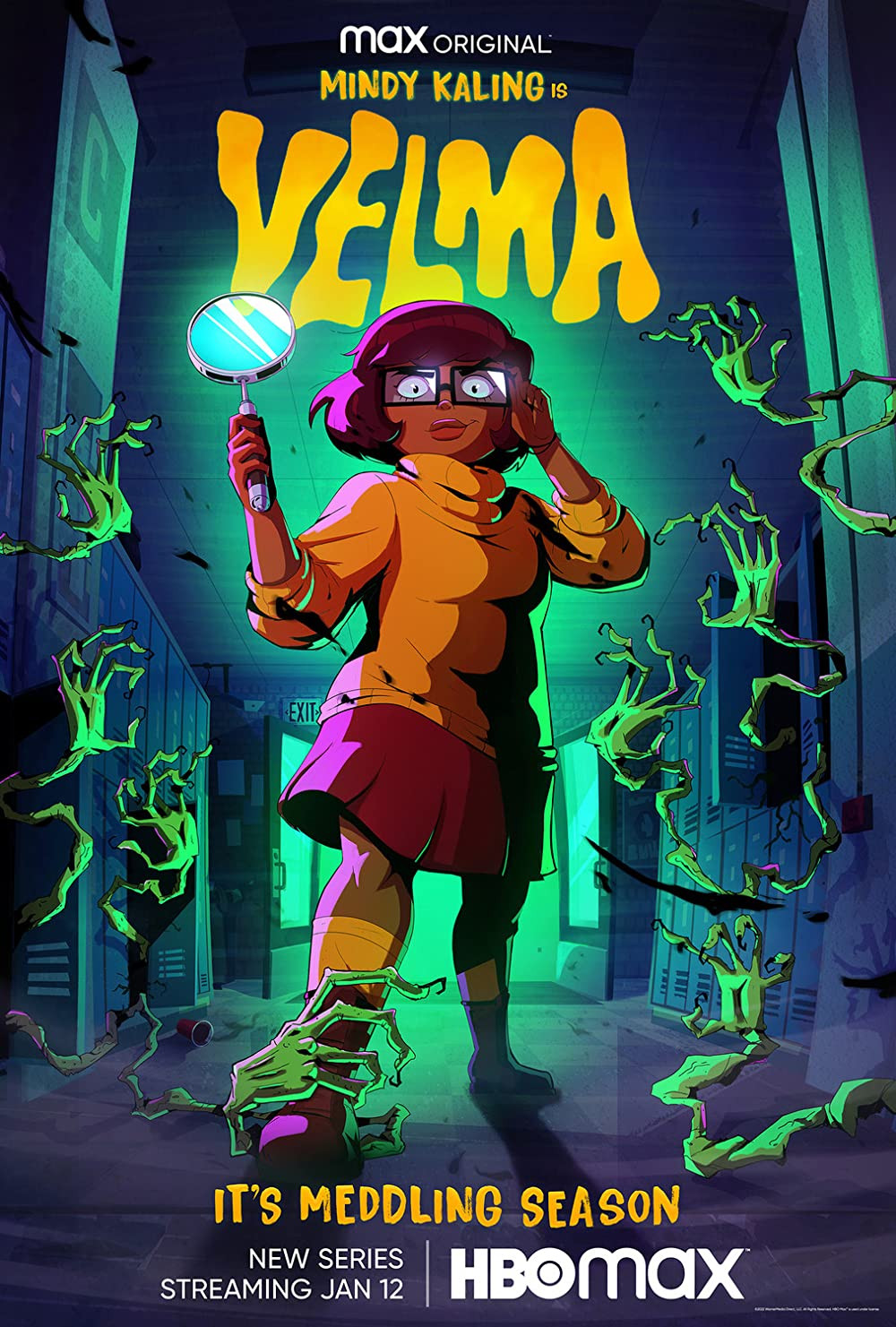 Talking to the mayor and sheriff during the reveal, Velma says, “Mayor Dave, Sheriff Cogburn, I want you to remember this moment. For far too long, we have told girls that pain is beauty. Well, today you will see these painfully beautiful girls transform from ‘Damn’ to ‘Eh…’”Once Velma reveals the girls, who don’t appear to have changed their appearance in any way, the mayor says, “Ooh, they are so hot. Daddy likey…Wait. You were supposed to do the opposite. What the h—, Velma?”In another scene from the same episode, Velma attempts to make a comment on sexism to her friend but accidentally makes a bizarre statement on little kids and genitalia. She says, “Our whole lives, girls are told by guys there’s a right way to be hot, and I’m not it. Guys even teach us to be ashamed of our own bodies. Every little kid knows how to draw a penis, but make a little kid draw a vgina, and what happens?” Her friend Norville replies, “You go to jail?” to which she says, “Exactly.”The R-rated humor is just the latest stunt from the HBO animated series, which has already been the subject of many headlines for flipping the concept of the much loved “Scooby-Doo” Mystery Gang on its head in an attempt to appeal to ‘woke’ audiences.In one of it’s woke themes the show race-swapped Shaggy, to be an African American male named “Norville.” It also features lesbian scenes between the titular character, who is now of Asian/Pacific Island descent, and Daphne, who is now half Asian, half White. In addition, the series devotes story beats to portraying former beloved character Fred as a rich White male who gets taken down a peg because of his privilege. 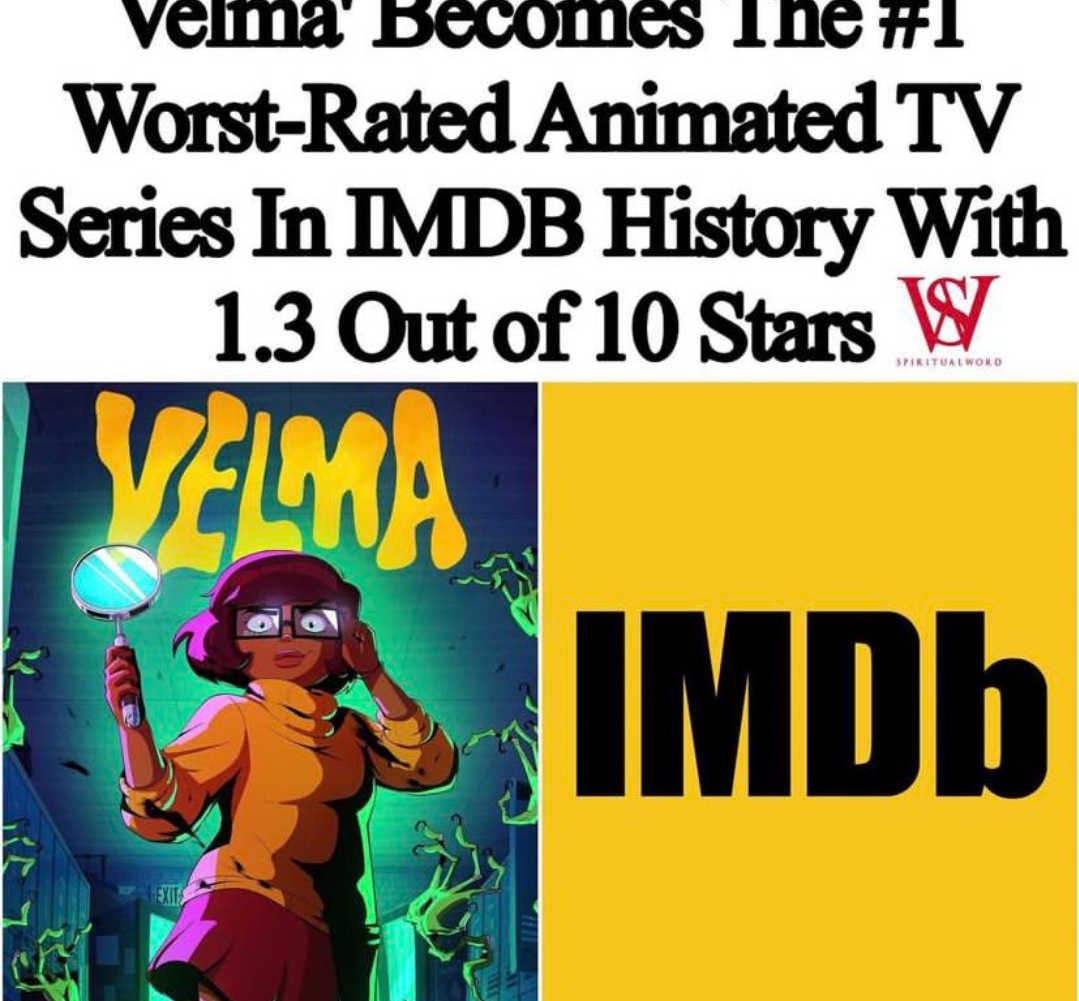 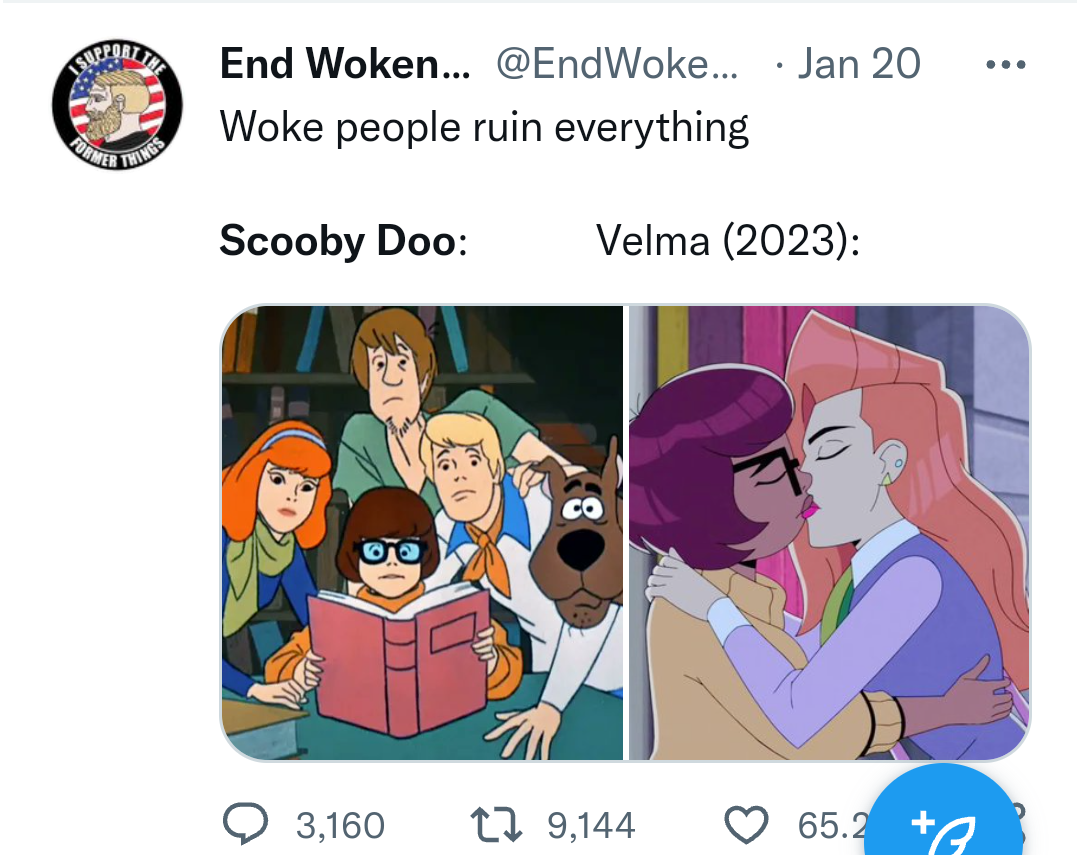 Reviews on the series have been so bad. Forbes contributor, Paul Tassi wrote;, “Velma is so bad in fact, that it’s spawning conspiracy theories that creator Mindy Kaling made what is essentially a parody of what the right wing thinks left wing comedy is like.”The Daily Mail reported that “Velma” is “now the third worst rated TV show in IMBD history, having aired just four episodes of its first season.” Watch videos below  Who remembers Scooby-Doo?Insipid writers tossing out woke clichés thought they were being witty. Instead, they only ruined a classic with their pablum. pic.twitter.com/D3n2udcR3J— Xeriland (@Xeriland) January 21, 2023fr the art style is a good compromise between realistic anime style & bug eyes/noodle arms/bean mouth style we see too much in Adult Cartoons imho. also animation is slick af it sucks that the script, story & characterization of Velma Show,, sucks pic.twitter.com/LI5C6UtS9f https://t.co/mVgFxYcxd4— halouu (@halouuna) January 21, 2023All of the discourse about the HBO show has made it clear there is only one TRUE Velma. pic.twitter.com/1BDnjOSYY0— Registered Disney Adult (@ThatNerdTim) January 20, 2023The post Scooby-Doos Velma becomes worst rated animation series in IMDB history after showing lesbian scene and joking about sexualizing teens appeared first on Linda Ikeji Blog.
Uncategorized