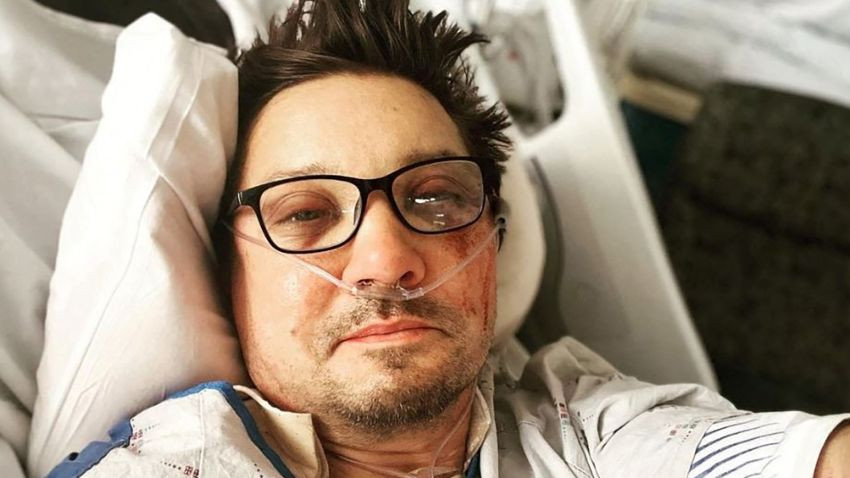 “Avengers” movie star, Jeremy Renner says he broke more than 30 bones in the New Year’s Day snowplow accident that sent him to the hospital for more than two weeks. Renner known for his role as superhero archer, Hawkeye in the Marvel movie and TV “Universe” was injured by a snowplow while clearing a driveway near his Nevada home, leaving him with “blunt chest trauma and orthopedic injuries,” his publicist revealed. Renner was “completely crushed under a large snowcat (vehicle)” and that he had “extreme (difficulty) breathing.” It goes on to read that, “the right side of his chest is collapsed – upper torso is crushed.” Renner’s snowcat, an engine-powered machine used to clear snow, started to roll away while Renner was off the driver’s seat, Washoe County Sheriff Darin Balaam previously said. He underwent two surgeries and was treated in the intensive care unit.  He posted a photo on Instagram on Saturday, January 21 with a caption that read; “Morning workouts, resolutions all changed this particular new years …. Spawned from tragedy for my entire family, and quickly focused into uniting actionable love I want to thank EVERYONE for their messages and thoughtfulness for my family and I …. Much love and appreciation to you all. These 30 plus broken bones will mend , grow stronger, just like the love and bond with family and friends deepens . Love and blessings to you all.” 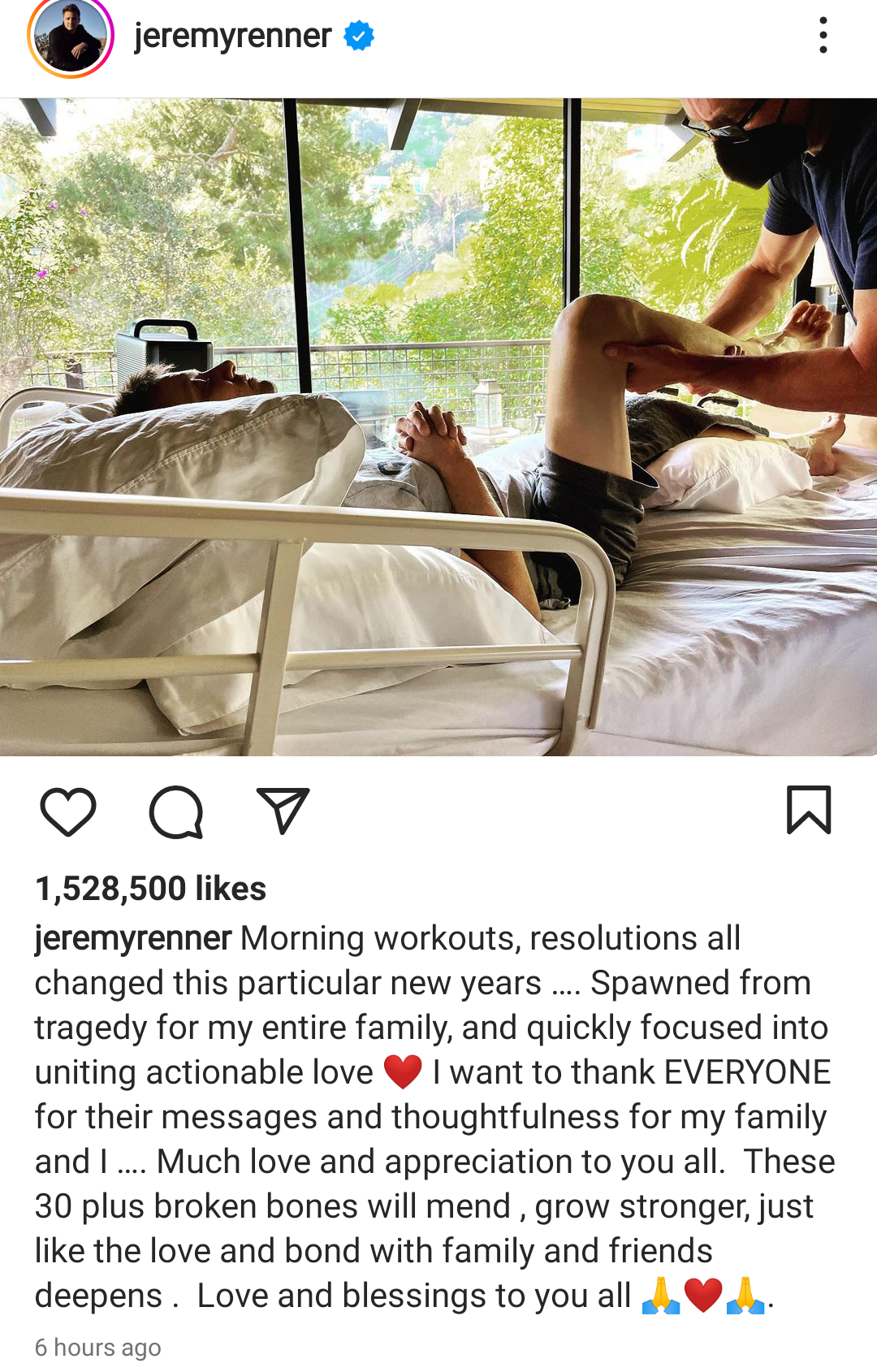