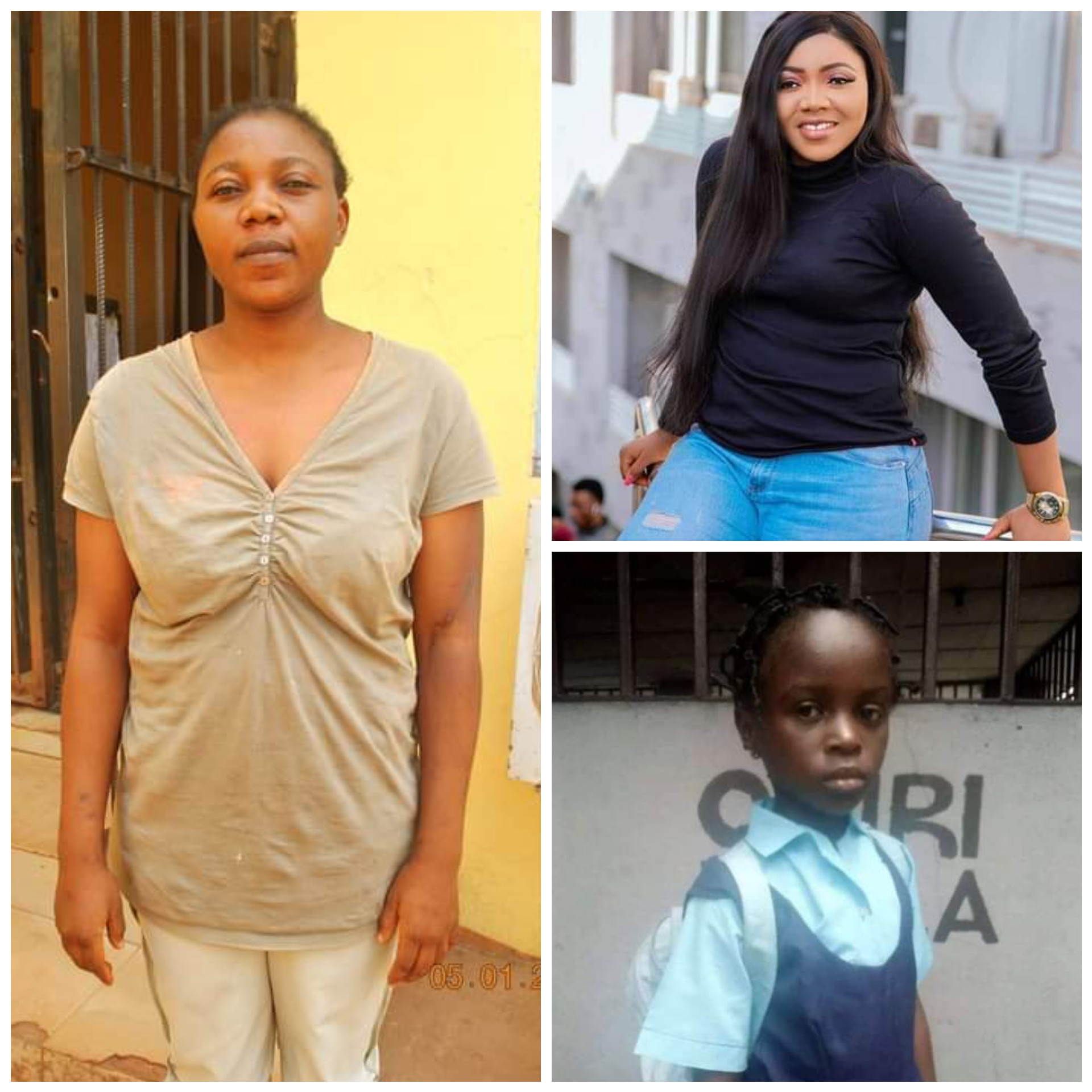 The Commissioner of Police, Enugu State Police Command, CP Ahmed Ammani, has charged parents to be mindful of who they entrust the custody and care of their children, to avoid disheartening situations.  A statement by the command’s Public Relations Officer, DSP Daniel Ndukwe, said the commissioner’s warning came following the gruesome murder of 9-year-old Precious Korshima by her guardian, Ujunwa Ugwuoke.  The PPRO said the command has concluded investigation in the case and arraigned the suspect who was remanded in custodial centre on Thursday, January 19, 2023. 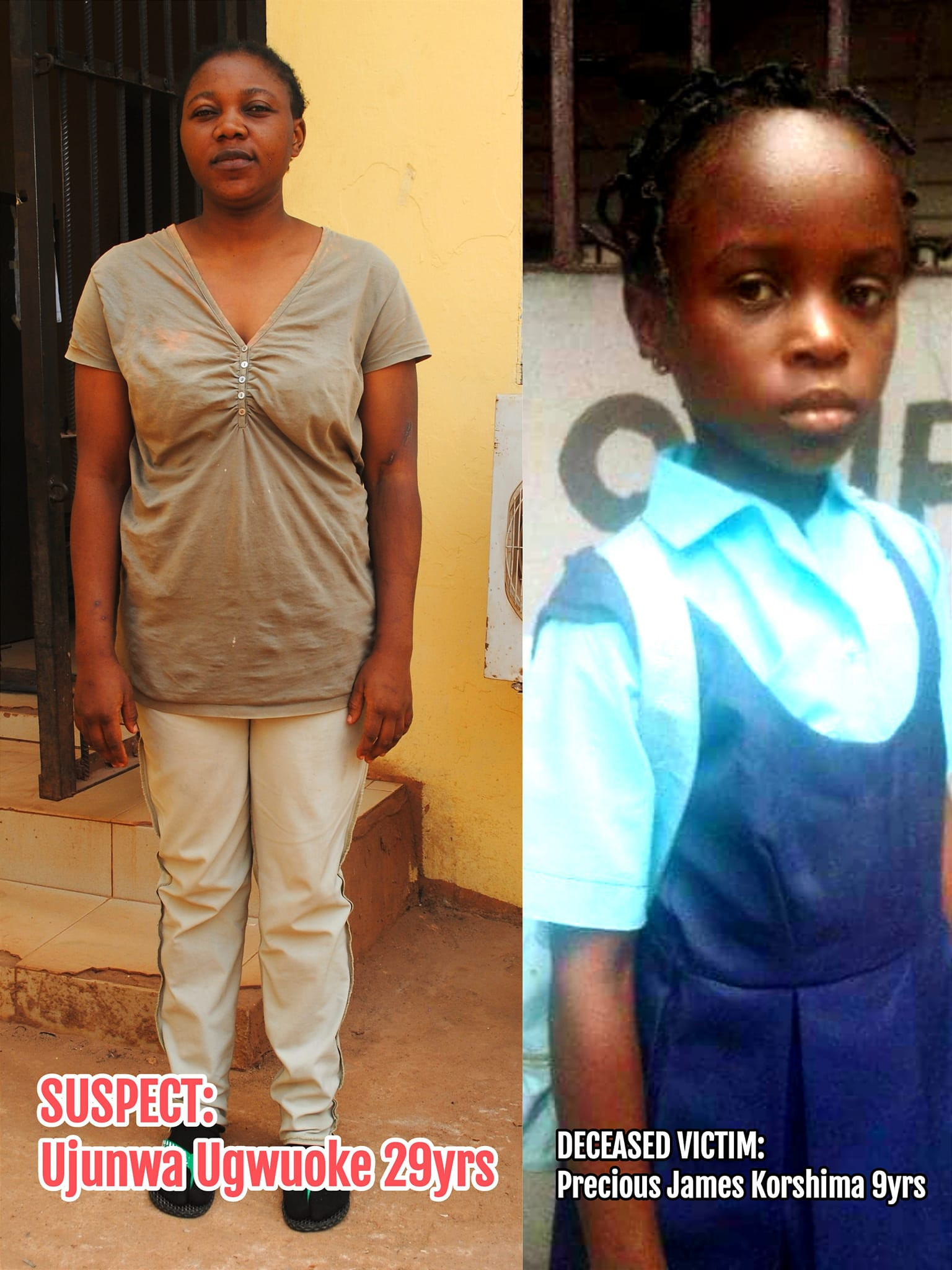 As earlier reported by LIB, the spokesperson said the suspect allegedly beat the minor, who was her house help, to death and dumped her corpse in a bush where it was burnt. “The Homicide Section of the State Criminal Intelligence and Investigation Department (State CID) of the Enugu State Police Command, has concluded investigation into the case of alleged murder of 9 years old Precious James Korshima (female) by her guardian, one Ujunwa Ugwuoke (female) aged 29, who was arraigned in the Enugu North Magistrate Court of the State today, 19th January 2023,” the statement read. “The suspect was remanded in the Custodial Centre and the case-file transmitted to the Office of the Attorney General of Enugu State for perusal and legal advice, through the Director of Public Prosecution (DPP), on the orders of the Magistrate. “The investigation conducted into the case revealed that the suspect confessed to have, during the night hours of 8th November 2022, beaten and caused the death of the minor, who was her house-help, in her residence at Fidelity Estate, Okpara Avenue, Enugu. “Thereafter, in the morning hours of the following day, she took the lifeless body of the child to University of Nigeria Teaching Hospital (UNTH), Ituku-Ozalla, for medication attention. However, upon getting confirmation of her death by doctors on duty, she immediately took and dumped her corpse in a refuse dump site along Ugbo-Nwagidi Village Road, Enugwueze Uno-Ituku community in Awgu Local Government Area. “Furthermore, she evaded to Abakaliki in Ebonyi State, from where she sent a false alarm claiming that the deceased, her little child and herself, were kidnapped on 9th November 2022, on her way back home from Independence Layout, Enugu, where she had gone to refill her Gas Cylinder, and taken to an unknown destination. She further claimed that the kidnappers were demanding a ransom of twenty million naira (N20,000,000.00) for each of them. “The suspect, however, resurfaced on 16th November 2022, claiming that the kidnappers spared her and her child’s life, but shot the deceased dead. Hence, the case, which was initially reported at New Haven Police Division as a case of kidnapping, was transferred to Anti-Kidnapping Unit of the Command and further transferred to the Homicide Section of the State CID Enugu, upon her confessional statement.” The CP further commended the painstaking efforts made by the police detectives to lay a firm foundation for the dispensation of justice in the case.The post “Be wary of who you entrust custody of your children” – Enugu CP urges parents as he reacts to murder of 9-year-old Precious Korshima by her guardian appeared first on Linda Ikeji Blog.
Uncategorized