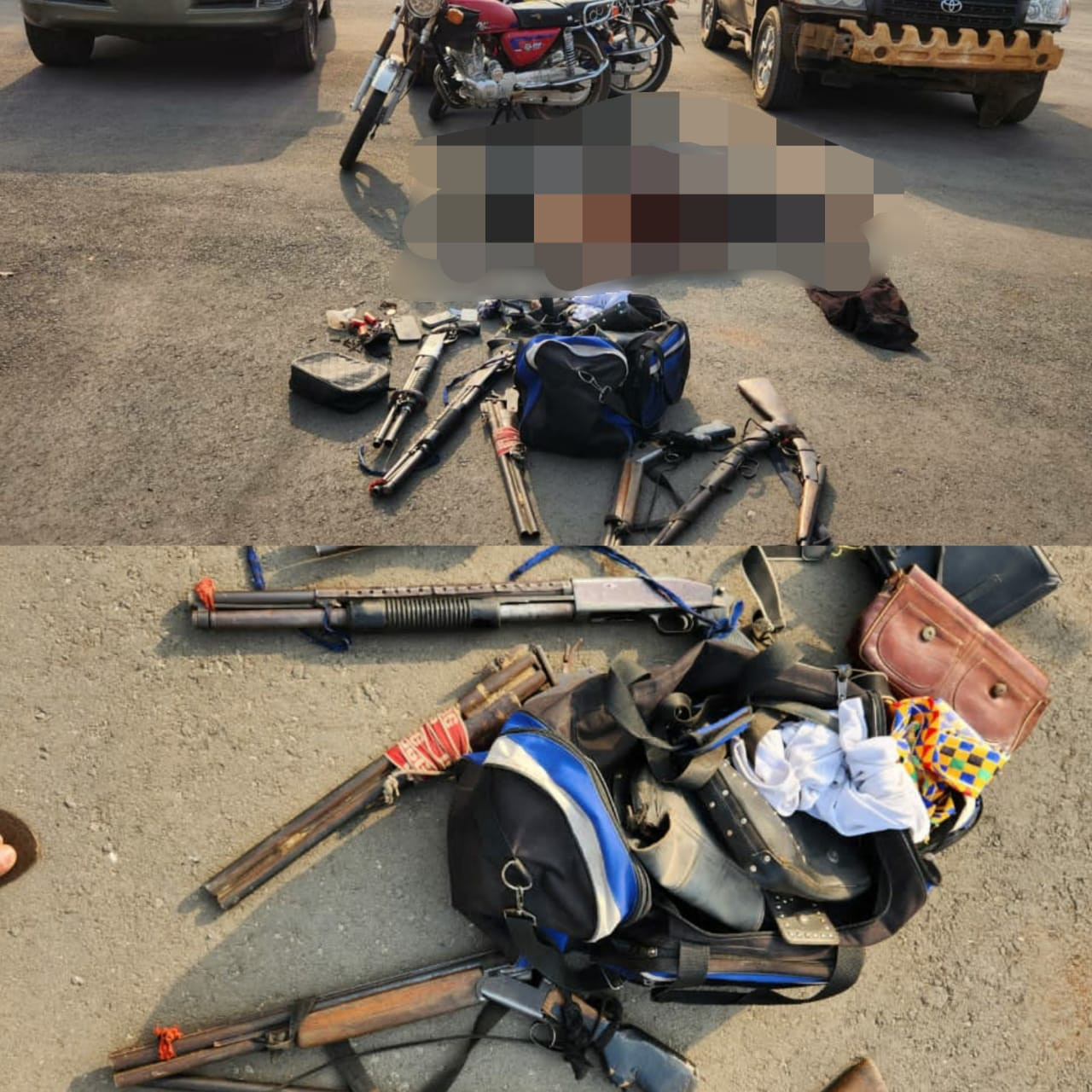 The Imo state police command has foiled an attack on the Agwa police state in Oguta Local government area of the state on Wednesday evening, January 18, killing three of the assailants. A statement released by CSP Michael Abattam said the police received information that some hoodlums had attacked Agwa Central Vigilante Group, burning down their office and are proceeding to attack and set ablaze Agwa Police Station both in Oguta LGA of Imo State,  the combatant Command’s Tactical Teams swiftly mobilized to the area. ”Having been informed that the hoodlums had cordoned the station, the police operatives tactically manoeuvred their way into the station joined the operatives of the division and professionally engaged the hoodlums in a fierce gun duel, and in the process three of the hoodlums were neutralized while others scampered for safety into the adjoining bushes with various degrees of gun shot wounds, abandoning three of their operational vehicles. ”Abattam said He stated that the operatives on combing the bush,  recovered the following items: (1) two (2) Pump Action guns, (2) two (2) Double Barrel guns, (3) twenty-four (24) rounds or live ammunition, (4) twelve (12) expended cartridges,(5) one (1) Improvised Explosive Device, (6) three (3) operational vehicles – one green coloured Lexus 470GL, one black coloured Toyota Highlander, one Oxblood coloured mini bus, (6) two (2) motorcycles, (7) one (1) iron box, (8) one (1) travelling bag and assorted charms. ”The corpse of the hoodlums have been evacuated and deposited in the mortuary while, efforts to arrest the fleeing suspects are on top gear since they cannot go far due to the various degrees of bullet injuries they sustained in the gun duel. The police operatives who sustained minor bullet injury was rushed to the hospital for treatment and he is in a stable condition.The Command is using this medium to call on the good people of the State to collaborate with the Police and other Security Agencies in the fight against terrorism and to report any suspicious activities or person(s) seen treating gun shot wound within their community to the nearest police station or call the command’s emergency numbers 08034773600 or 08098880197.”Abattam added He said an investigation is in progress and that the gallant operatives are not relenting in their efforts to arrest the fleeing members of the terrorist group.The post Three terrorists killed as security agents foil attack on police station in Imo appeared first on Linda Ikeji Blog.
Uncategorized