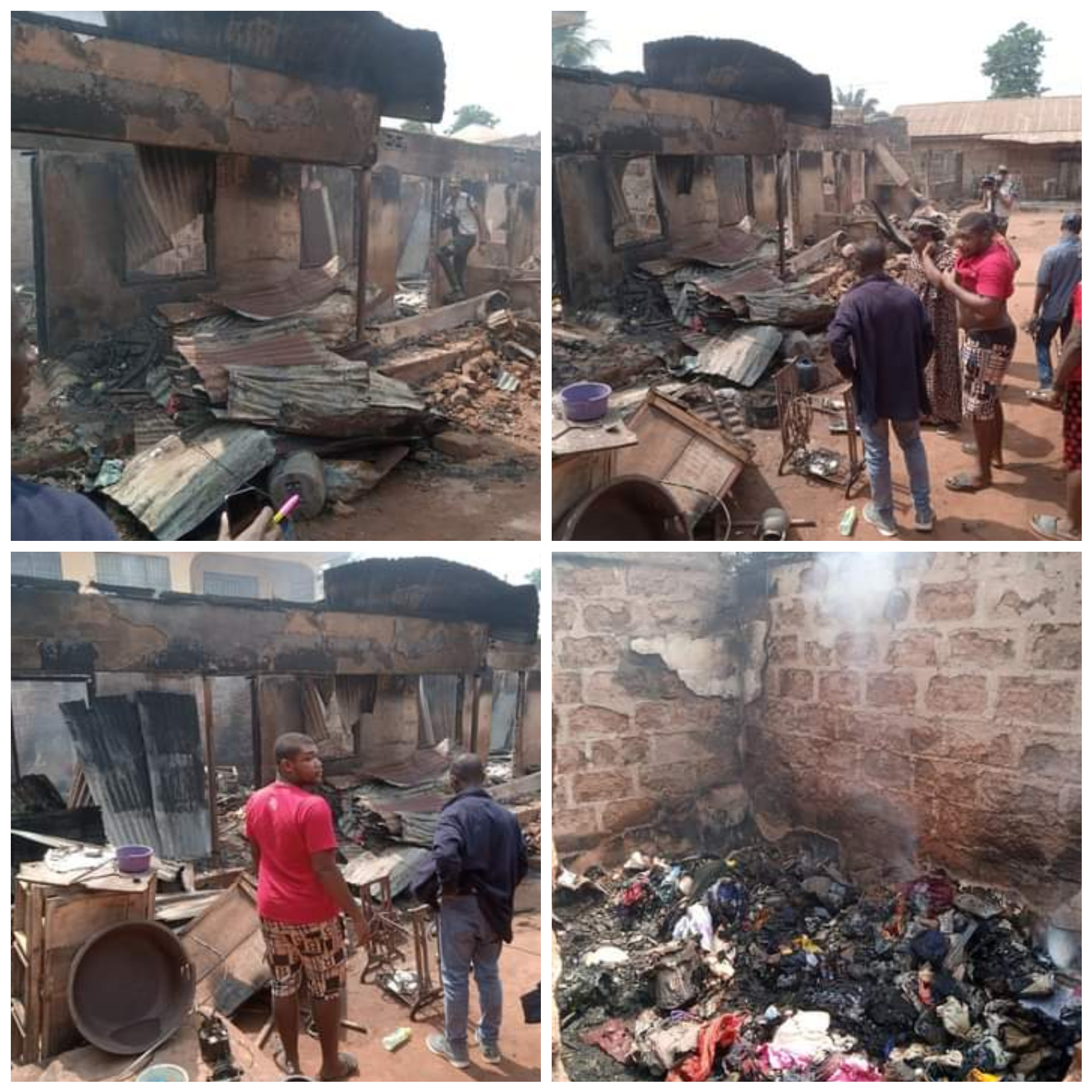 Five people from different families escaped being burnt to death when fire razed a four-room apartment at Araba street in Awka, the Anambra State capital. The incident, which started around 2 am on Thursday, January 19, 2023, was suspected to have emanated from a spark from electrical connections in one of the rooms in the apartment. Narrating the incident, an eyewitness and tenant at the Ikechukwu Anakor’s compound, Mr. Ahmed Abubakar Idris; from Kogi State, said he started hearing explosion in the early hours of the day while he was still asleep, adding that aside his mobile phone, his certificates, laptop and a sophisticated (DI) machine were destroyed in the incident that defied individual efforts to extinguish it. Contributing, son of the landlord of the compound, Mr. Agozie Anakor explained that gas cylinders in the room where the incident started helped escalate it, adding that but for individual efforts, the fire would have extended to other buildings around. They solicited help from public-spirited individuals to help reduce attendant hardships, as properties worth millions of naira were destroyed before help could come. 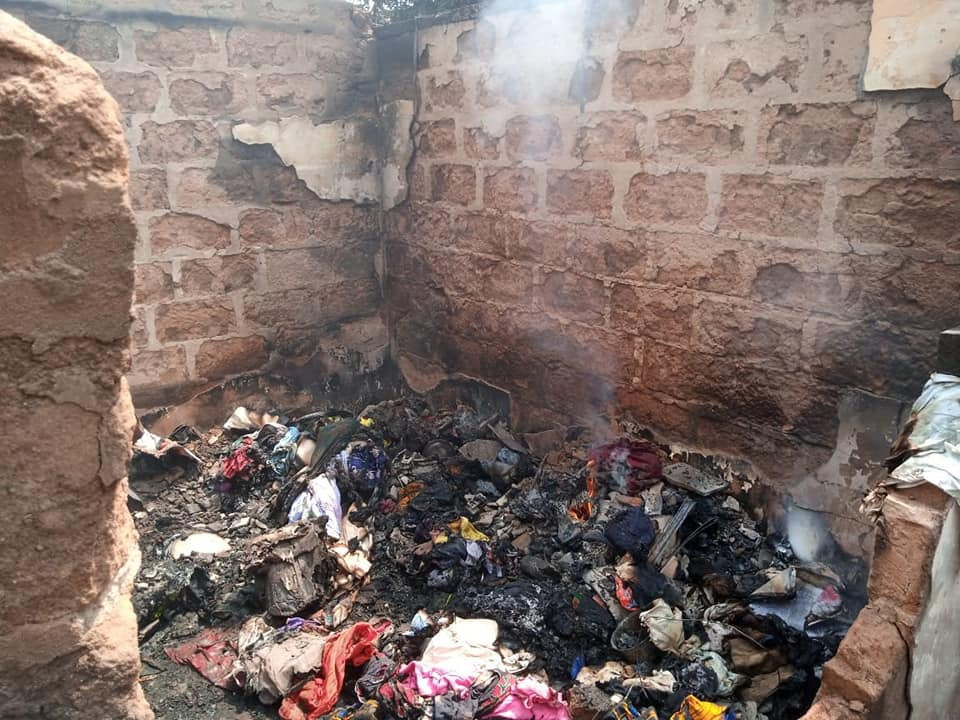 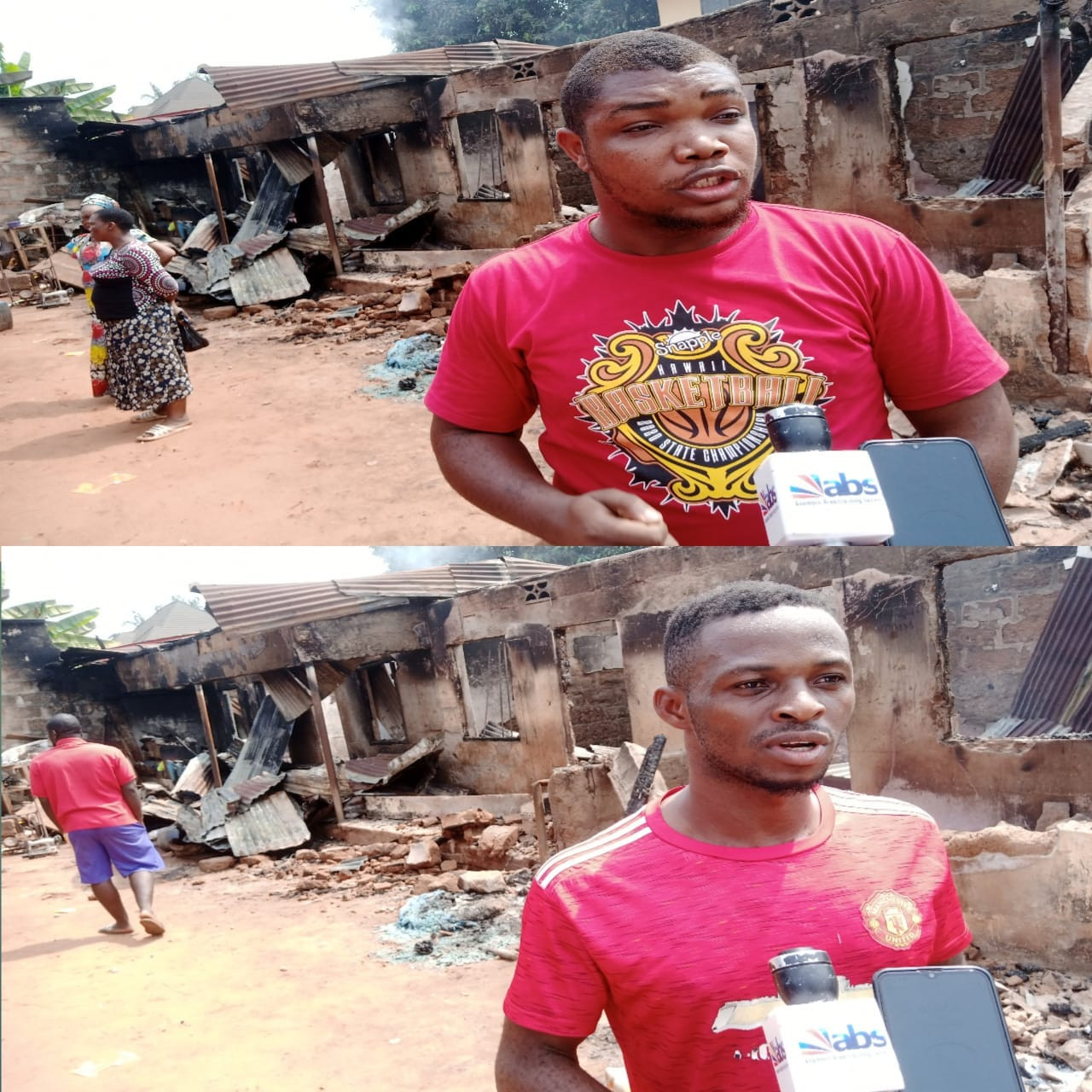 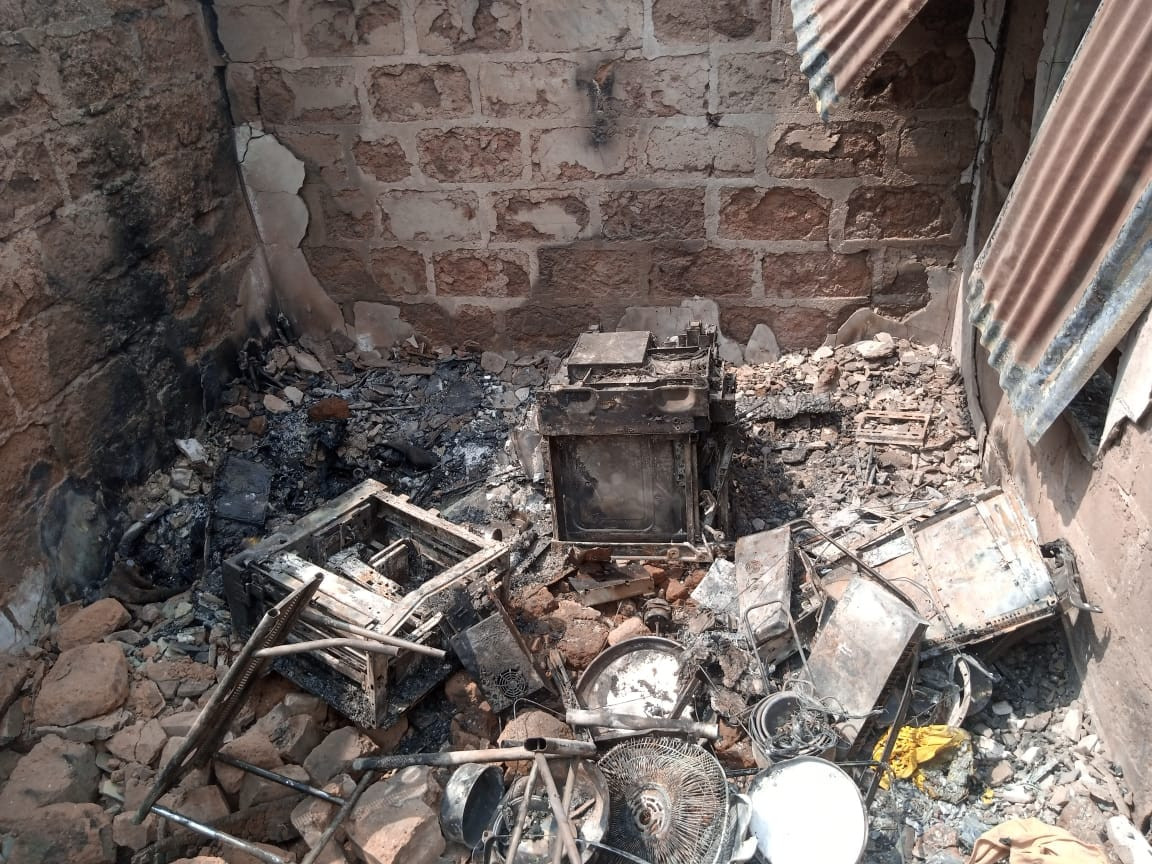 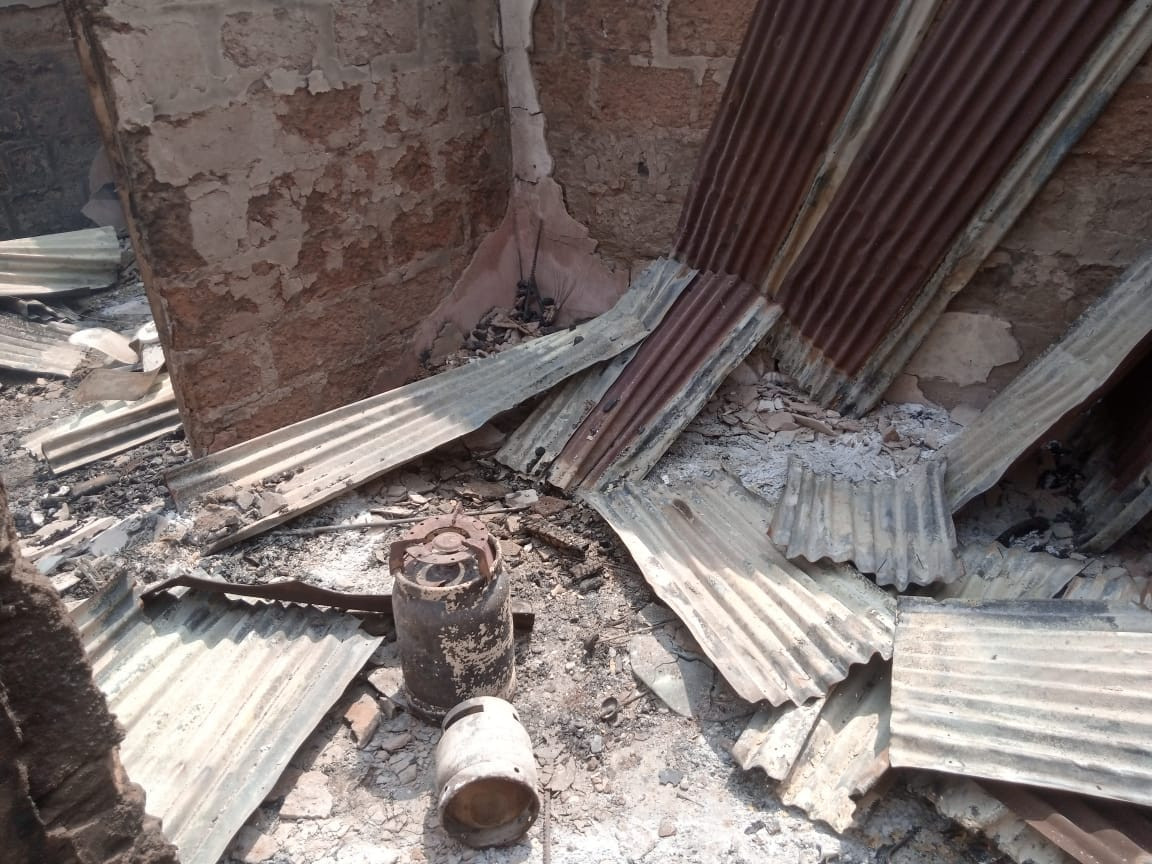 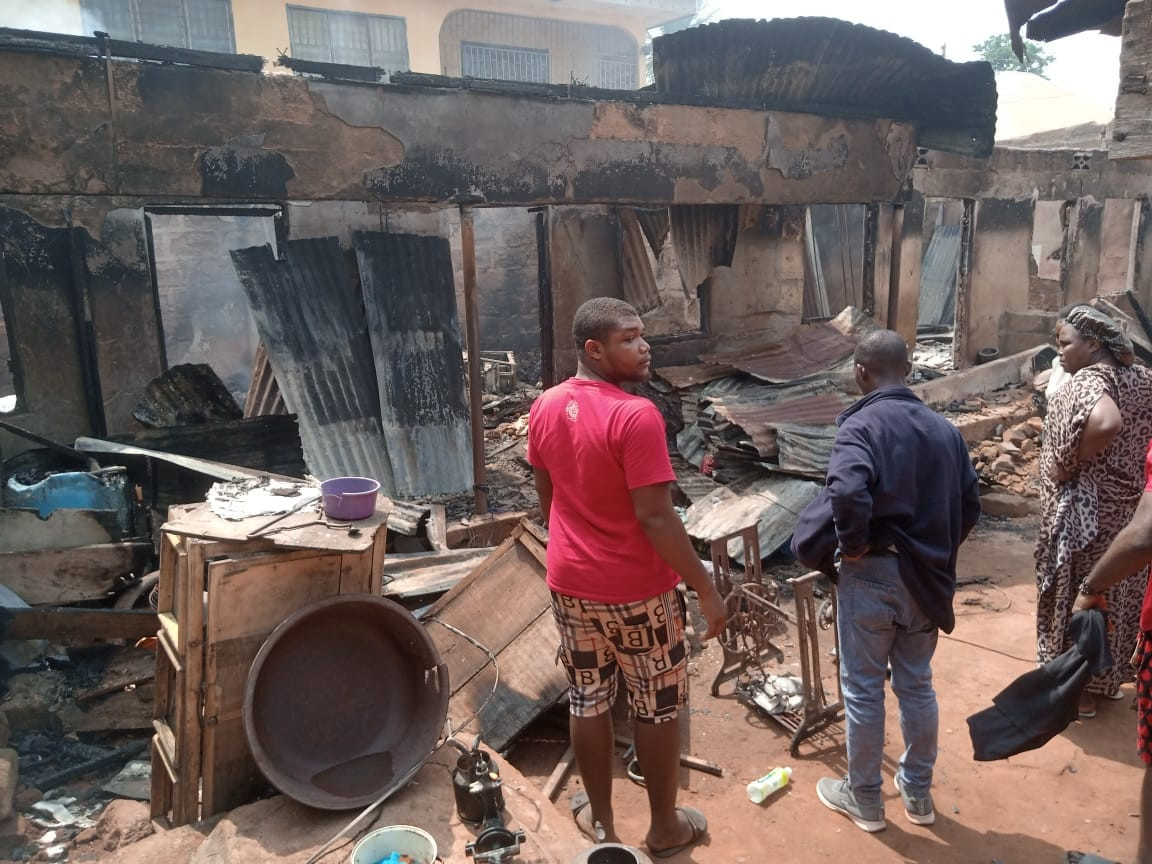 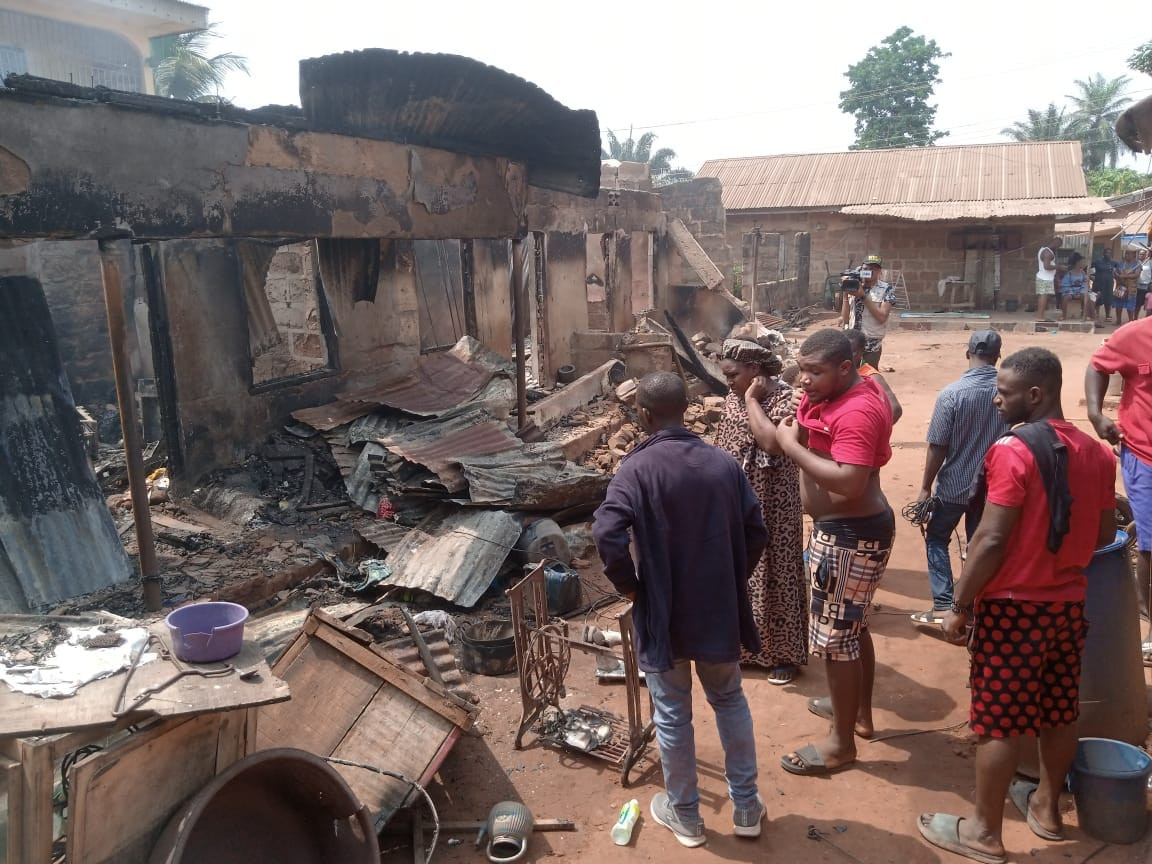 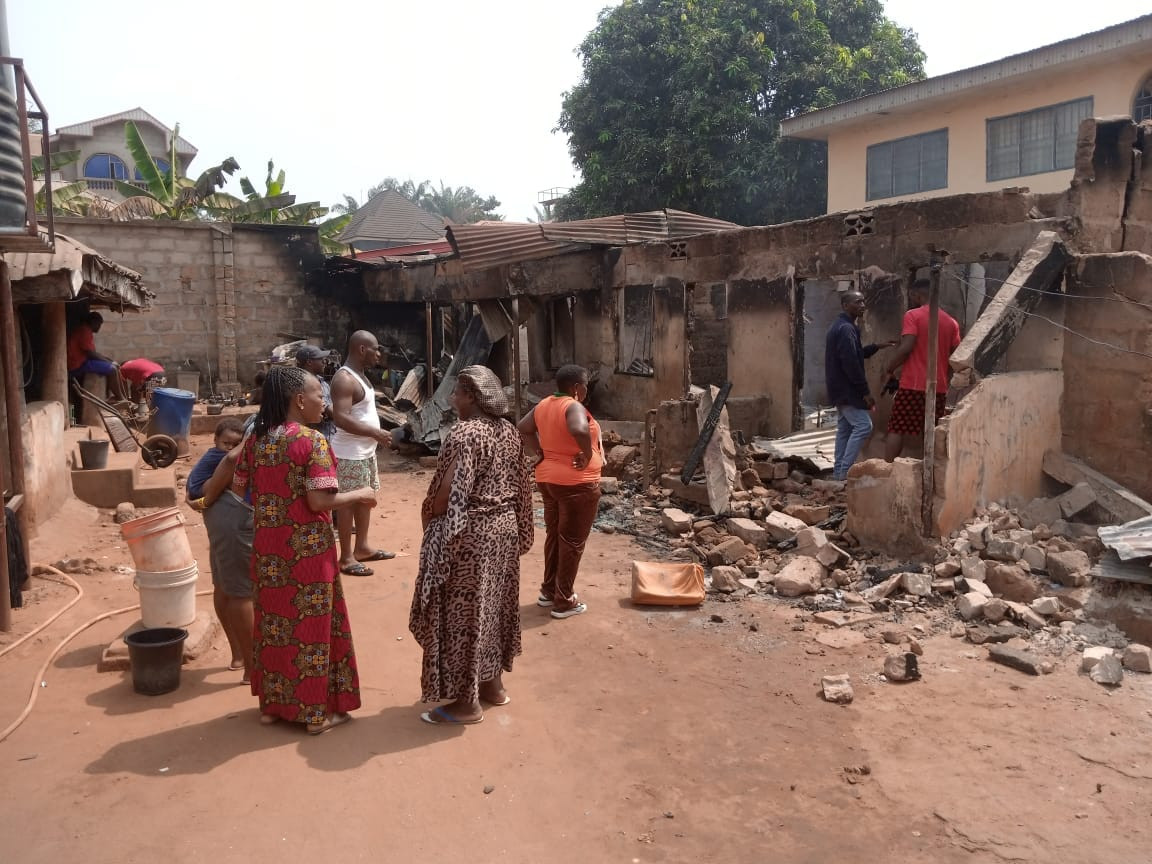 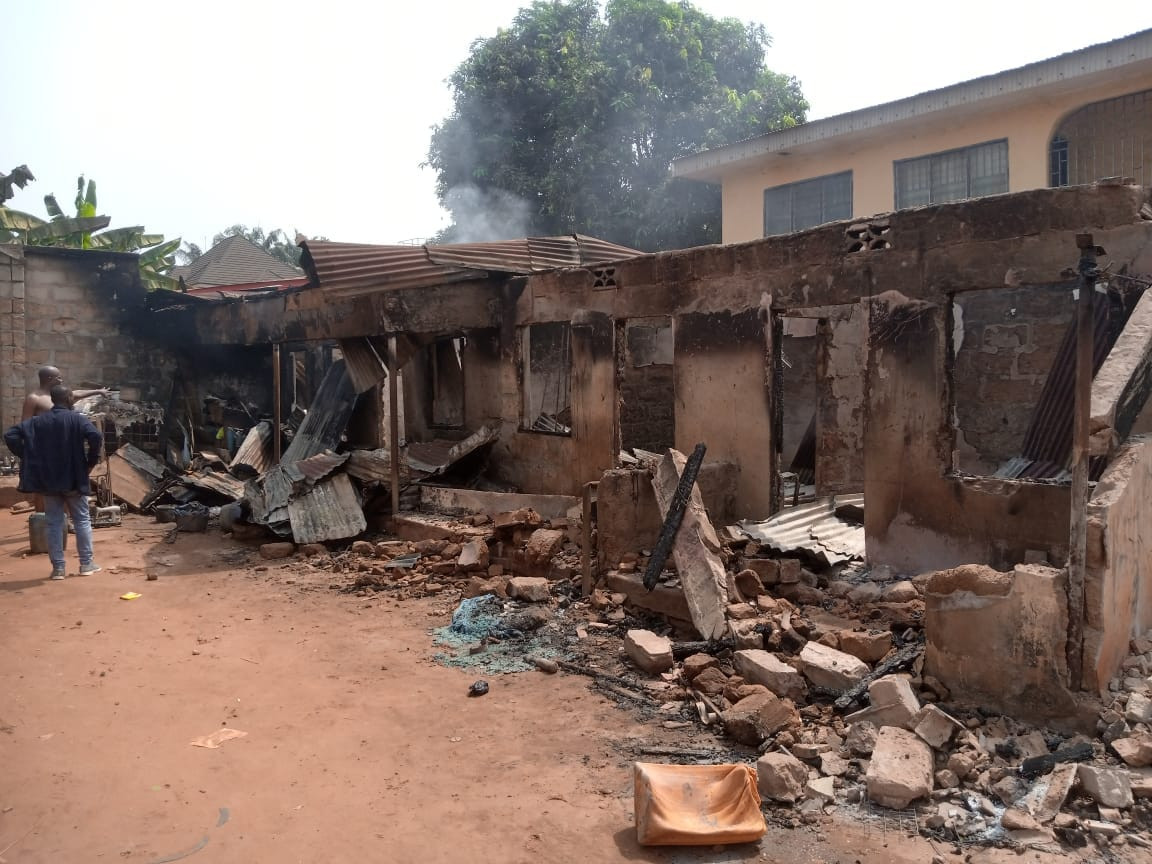 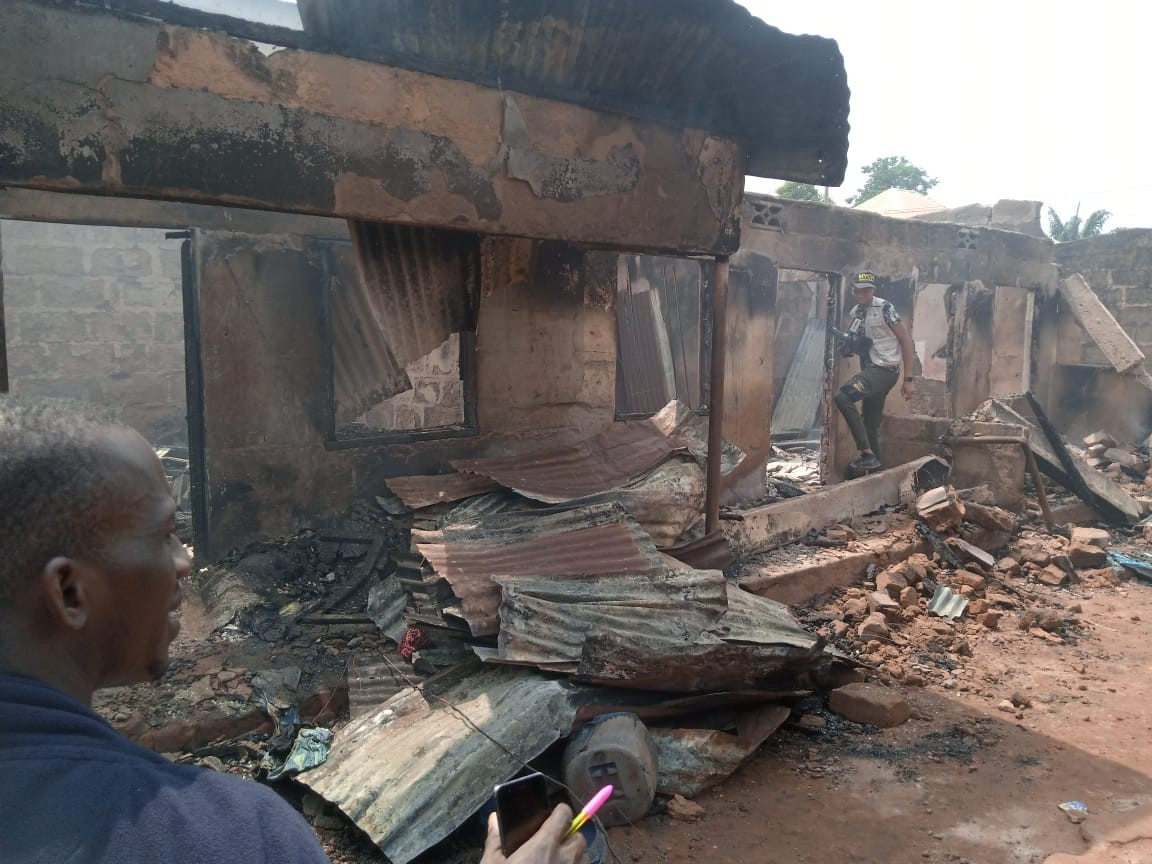