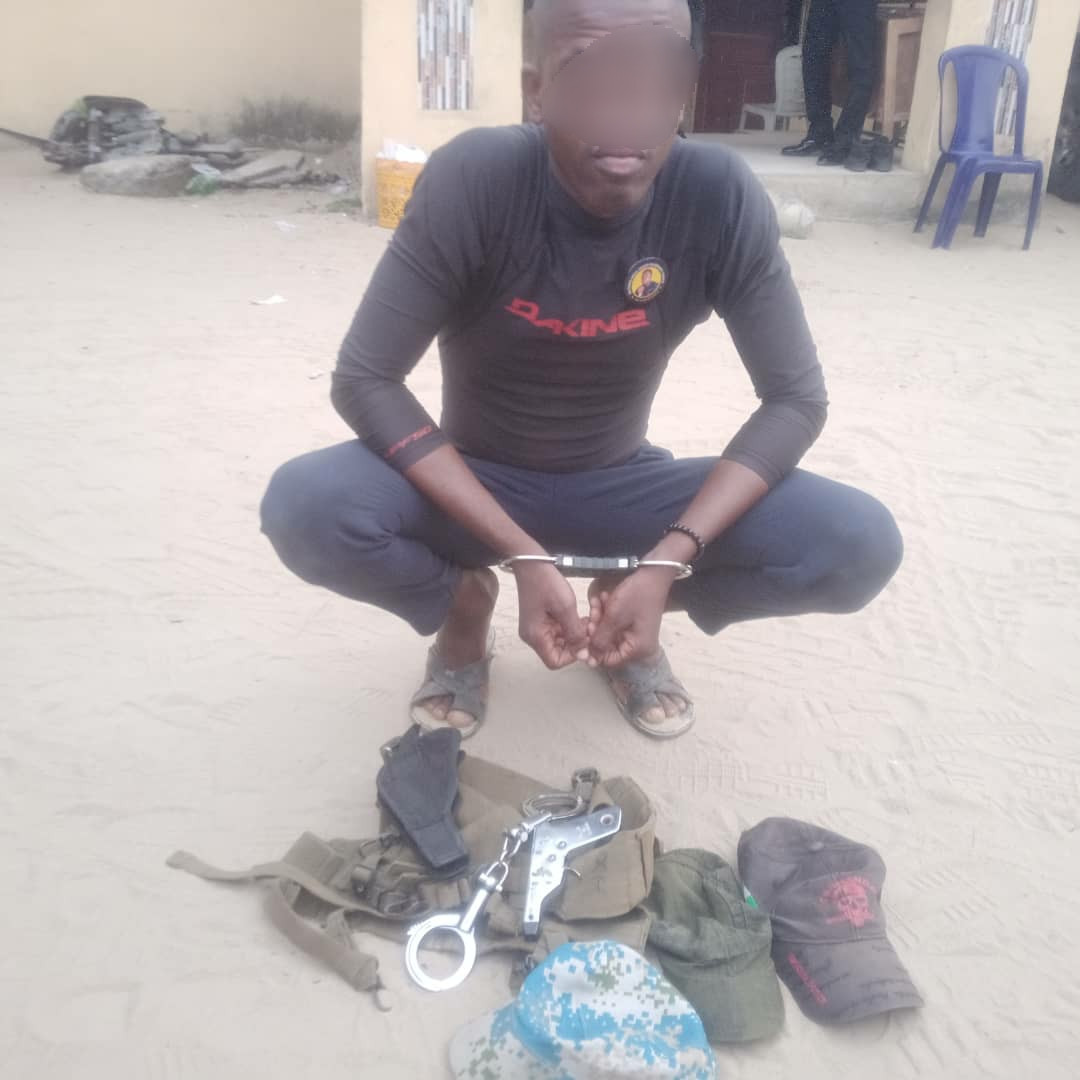 Operatives of the Anti-kidnapping unit of Bayelsa State Police Command have arrested a suspected armed robbery suspect, Kaizer Freeman, who is alleged to be very notorious for his criminal acts in the state. Freeman was arrested following a complaint by a victim who was robbed of her mobile phone on gunpoint at Agudama, Yenagoa, on January 17 at about 1745 hours. Upon a search of the suspect house, the Police recover one dummy pistol, a pistol holster, a handcuff, and Navy, Army, and Air Force face caps.  Confirming the arrest, the spokesperson of the state police command, SP Asinim Butswat, said the suspect has admitted to the crime and an investigation is ongoing to recover the phone and that the suspect will be charged in court after the investigation. The post Armed robbery suspect apprehended in Bayelsa appeared first on Linda Ikeji Blog.
Uncategorized