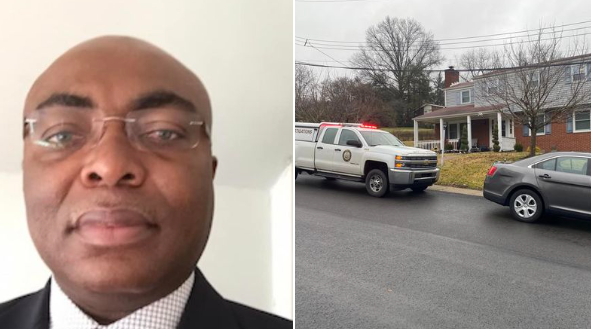 A Nigerian professor in the US, Marinus Iwuchukwu, and a woman identified as Charce Dunn were found dead in Pittsburg Pennsylvania on Tuesday, January 17. Their bodies were found along Thorncrest Drive, Wilkins Township, Pittsburg on Tuesday, January 17, after an alleged “domestic disturbance” around 10 am.  According to the Allegheny County Police, neighbours called officers to check on the well-being of a couple inside their home. The police said it received information that the male occupant had been stabbed while the female occupant had a gun on her. The SWAT team made entry into the home and found the 59-year-old man identified as Iwuchukwu and the 50-year-old woman dead. Both of them appeared to have sustained lacerations, and the woman sustained an apparent self-inflicted gunshot wound.According to the police, the incident is being investigated as a suspected murder-suicide. Reacting to the development, Duquesne Catholic University, where Iwuchukwu worked as an associate professor of theology until his death, commiserated with the family and friends of the late don.“This is a tragedy for all involved and our thoughts and prayers are with Professor Iwuchukwu’s colleagues, students, friends, and loved ones,” the University spokesman Gabriel Welsch said in a statement. Late Iwuchukwu was an Associate Professor of Theology at the Duquesne University, Pittsburgh, Pennsylvania, USA. He specialized in interreligious dialogue, inclusive religious pluralism, and media and religion. Prior to coming to Duquesne University, he was a lecturer in Kano state where he taught undergrad courses in world religions and culture; Judaism, Christianity, and Islam; and dialogue among religions.The post Nigerian professor and a woman found dead in his home in apparent murder-suicide appeared first on Linda Ikeji Blog.
Uncategorized