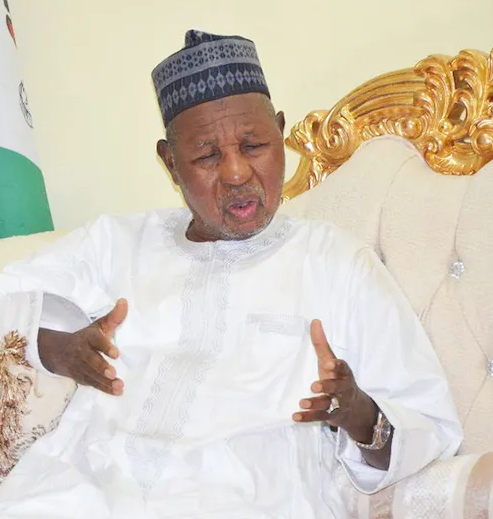 Katsina State Governor Aminu Masari directed security operatives in the state to ensure the rescue of the Christian worshippers who were abducted by terrorists on Sunday, Jan. 15. The directive was given on Tuesday, Jan. 17, during a meeting between the governor and heads of various security agencies in the state. A statement by Governor Masari’s Director-General in charge of the New media, Al- Amin Isah, was made public on Tuesday evening after the meeting. The government put the number of the abducted worshippers at eight.Their names are given as Rabi Isiyaku, Rabi Saidu, Saratu Hadi, Nusaibu Shuaibu, Gaje Adamu, Bilikisu Tijjani, Iliya Tijjani and Aisha Tijjani. The governor, who reiterated that the state government had engaged additional 1,900 fully trained vigilantes, who would be deployed to the security-prone areas of the state in order to prevent a reoccurrence, urged traditional and community leaders to provide the security agencies with information on the criminal elements operating within their domains. The statement added that Governor Masari “urged the security agencies to do everything possible to rescue the victims and ensure that they are reunited with their families.” “The state government and security agencies are studying the factors that led to the attack and wish to assure the public that they will do everything within their powers to protect their lives and properties. People should feel free and go about their normal businesses,” he added.The post Masari tells security operatives to rescue Katsina abductees appeared first on Linda Ikeji Blog.
Uncategorized