Former Minister of Education, Oby Ezekwesili, has asked the presidential candidate of the Peoples Democratic Party, Atiku Abubakar, to desist from claiming that he was the Head of  Economic Management Team during former President Olusegun Obasanjo’s administration. Atiku was Vice President while Ezekwesili served in different capacities during Obasanjo’s administration between 1999 and 2007, including being a Minister of Solid Minerals Development, and Education at different times. In a Tweet posted on his handle, Atiku claimed that as Head of EMT while he was vice president, he was instrumental in ”designing a private sector revival strategy and advocated for the opening of the economy for private sector investments in several sectors, which resulted in tremendous progress.” Reacting to his Tweet, Ezekwesili stressed that the presidential candidate of the PDP was never the Head of the EMT and should stop misleading the public with the ‘absurd lie’. “Dear former Vice President Atiku, please ask the handlers of your @Twitter account to stop misleading the public. You were never the Head of the Economic Management Team.This absurd Lie does you no good at all. Please ask your Team to stop it.” she tweeted 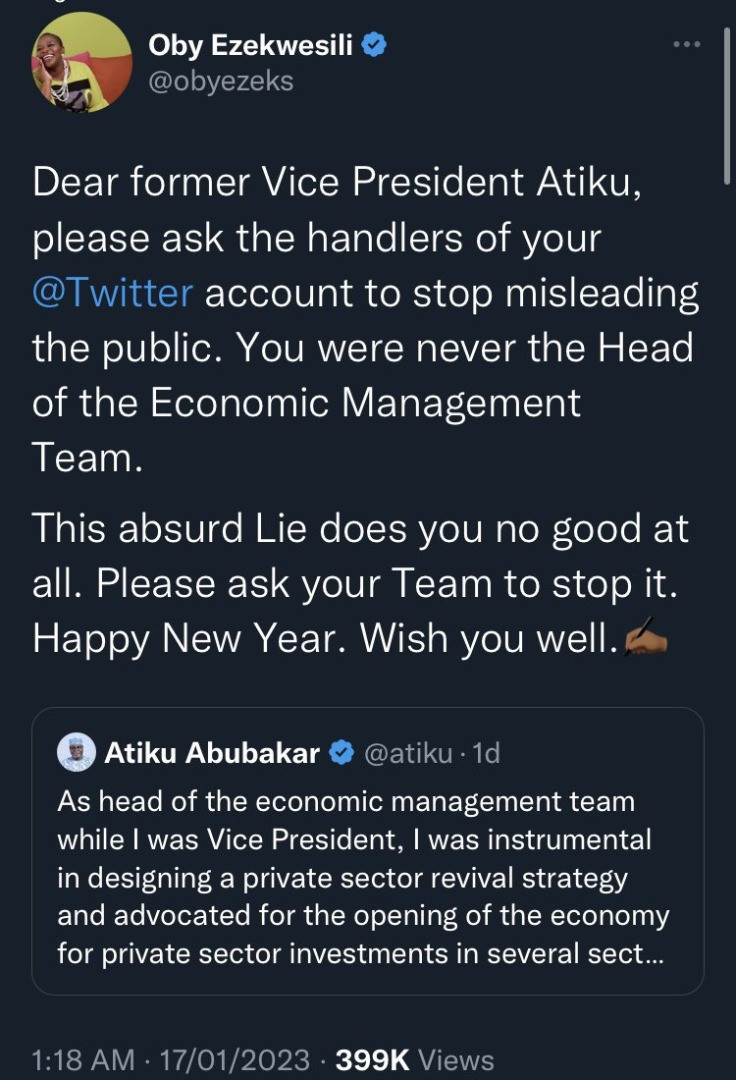 The post This absurd lie does you no good at all – Oby Ezekwesili tackles Atiku over claims of heading the Economic Management Team under Obasanjo appeared first on Linda Ikeji Blog.
Uncategorized