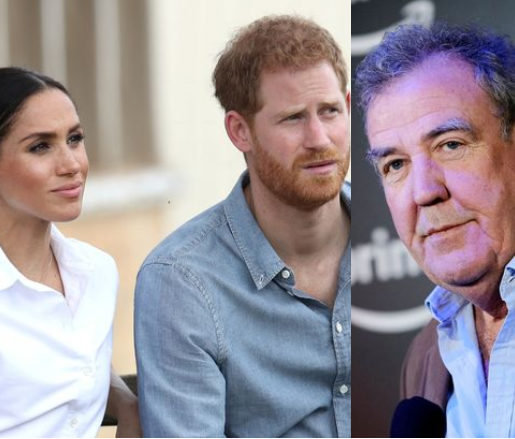 Prince Harry and Meghan Markle have released a statement in response to Jeremy Clarkson’s latest apology. Jeremy, 62, revealed he emailed the Duke and Duchess of Sussex to apologise for his controversial column where he said he “hated” the former Suits actress “on a cellular level” and wanted to see her “paraded naked through the streets”. In a lengthy statement shared on his Instagram page on Monday, Jan. 15, the former Top Gear host said he “really is sorry” for what he said in the controversial column. Clarkson claimed he reached out to the couple on Christmas Day, days after his now-deleted column was published in print and online. 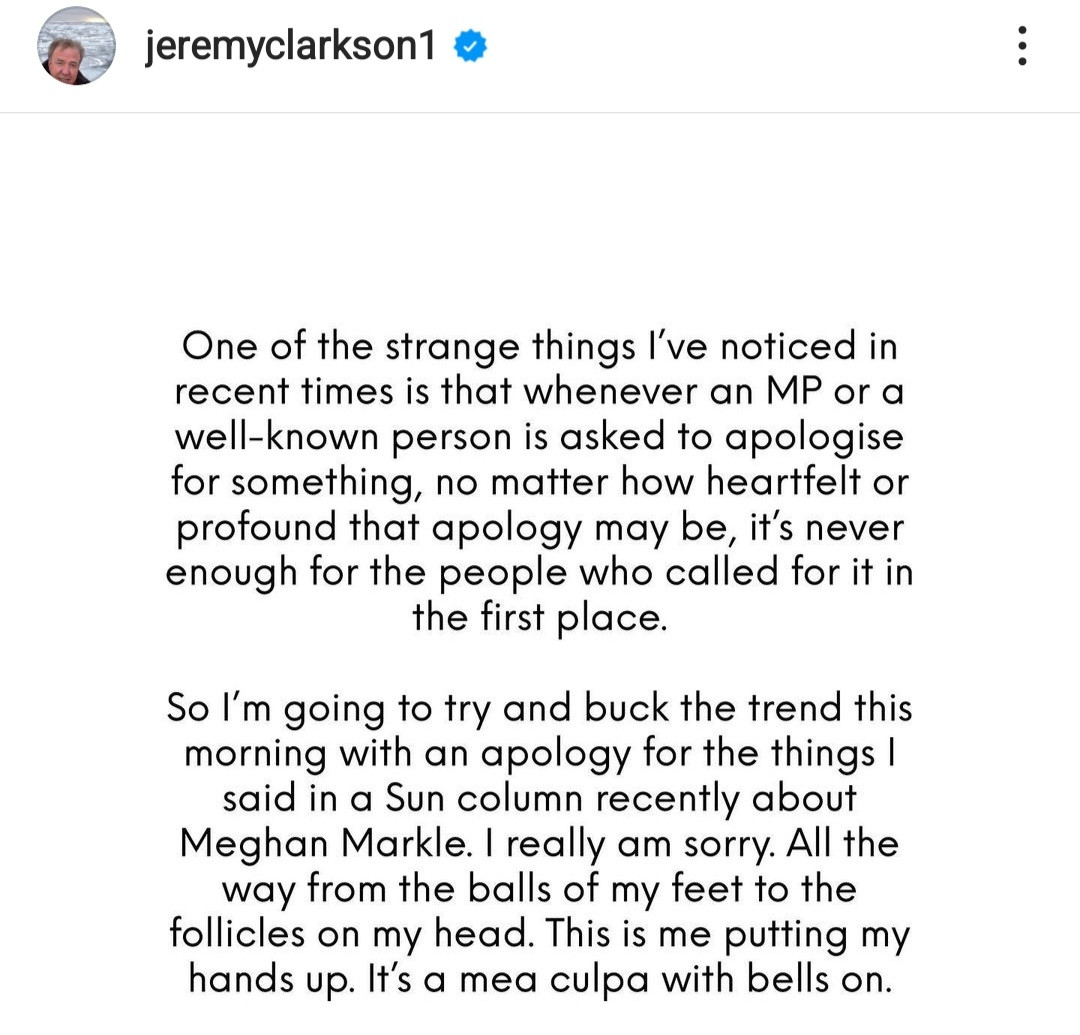 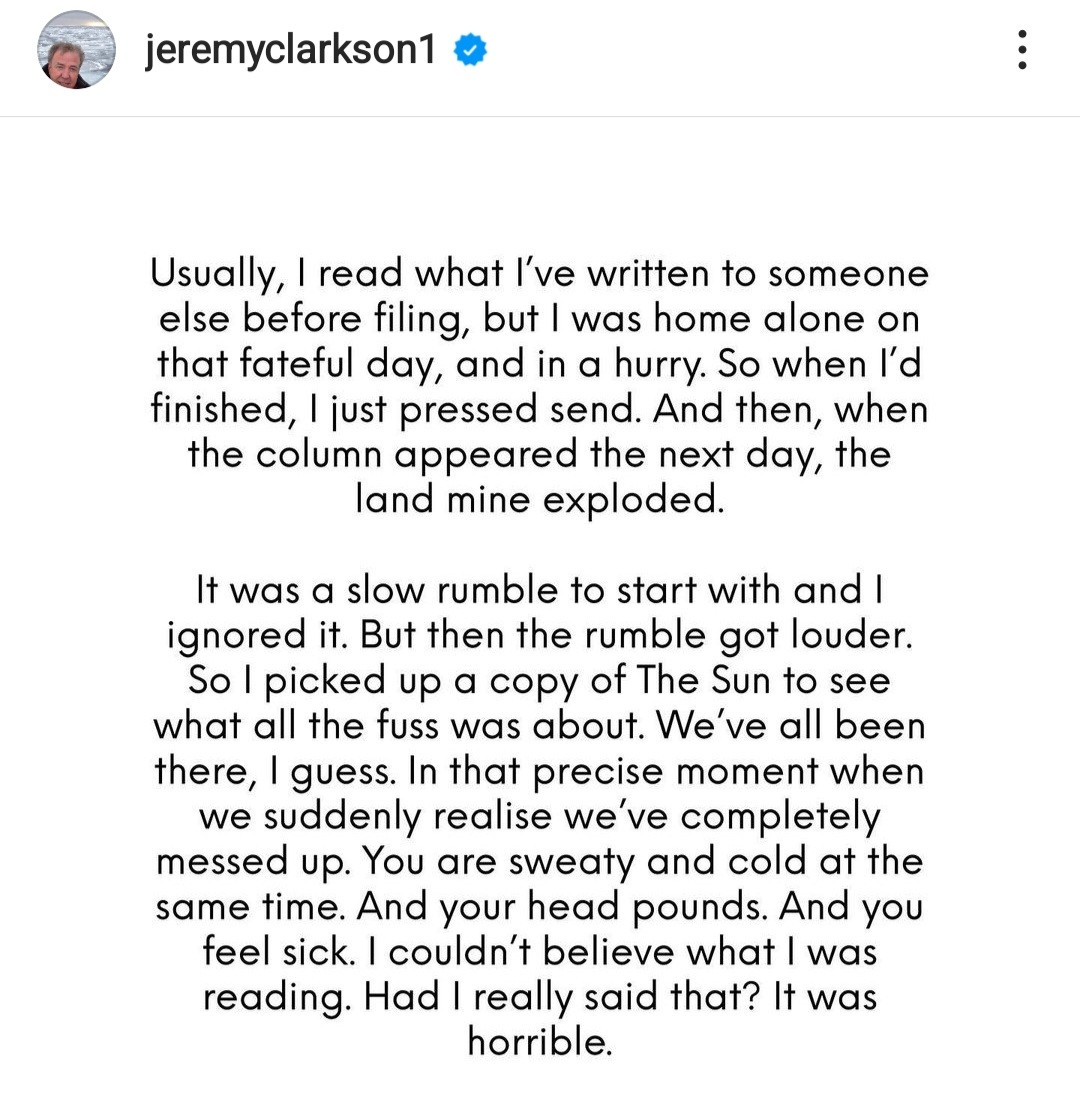 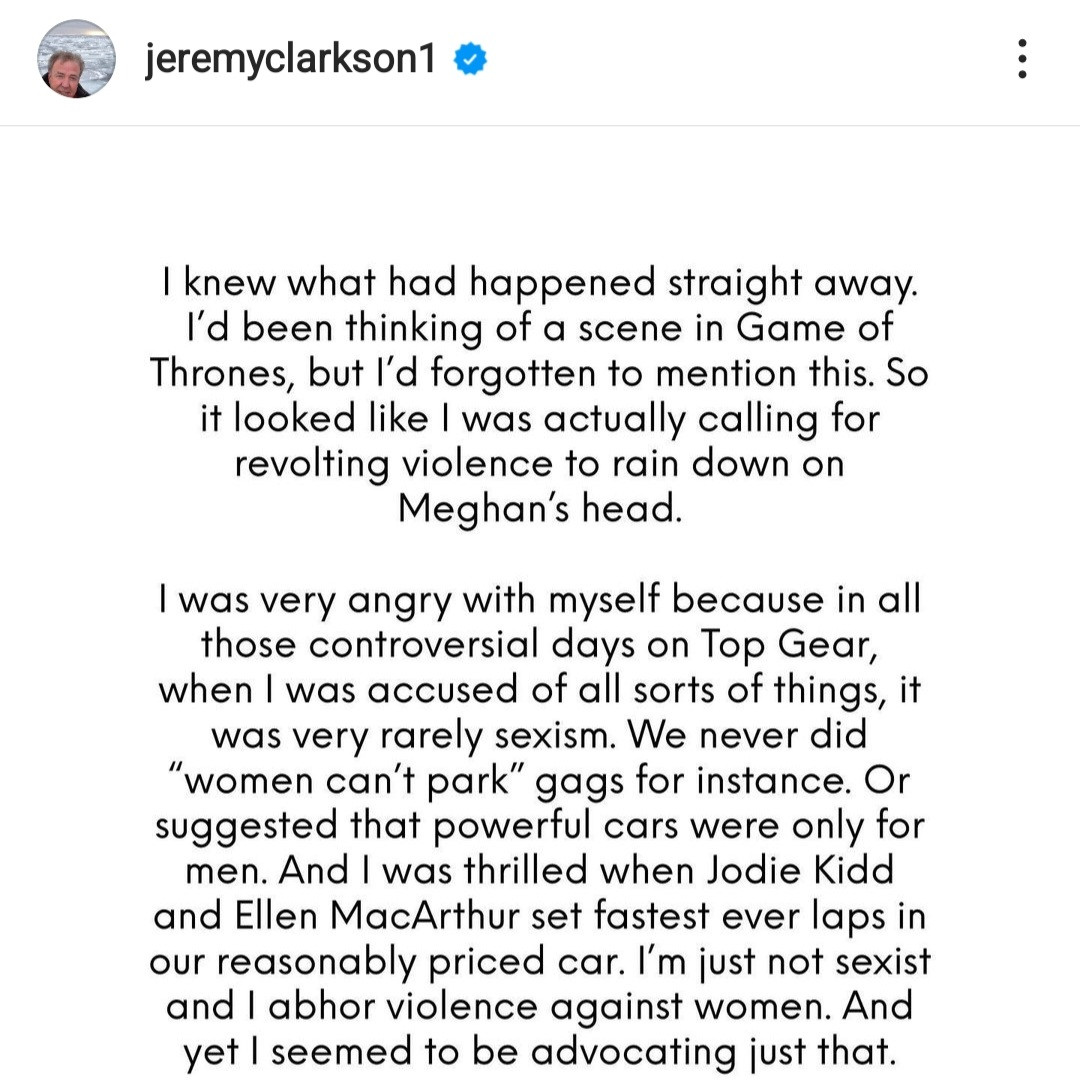 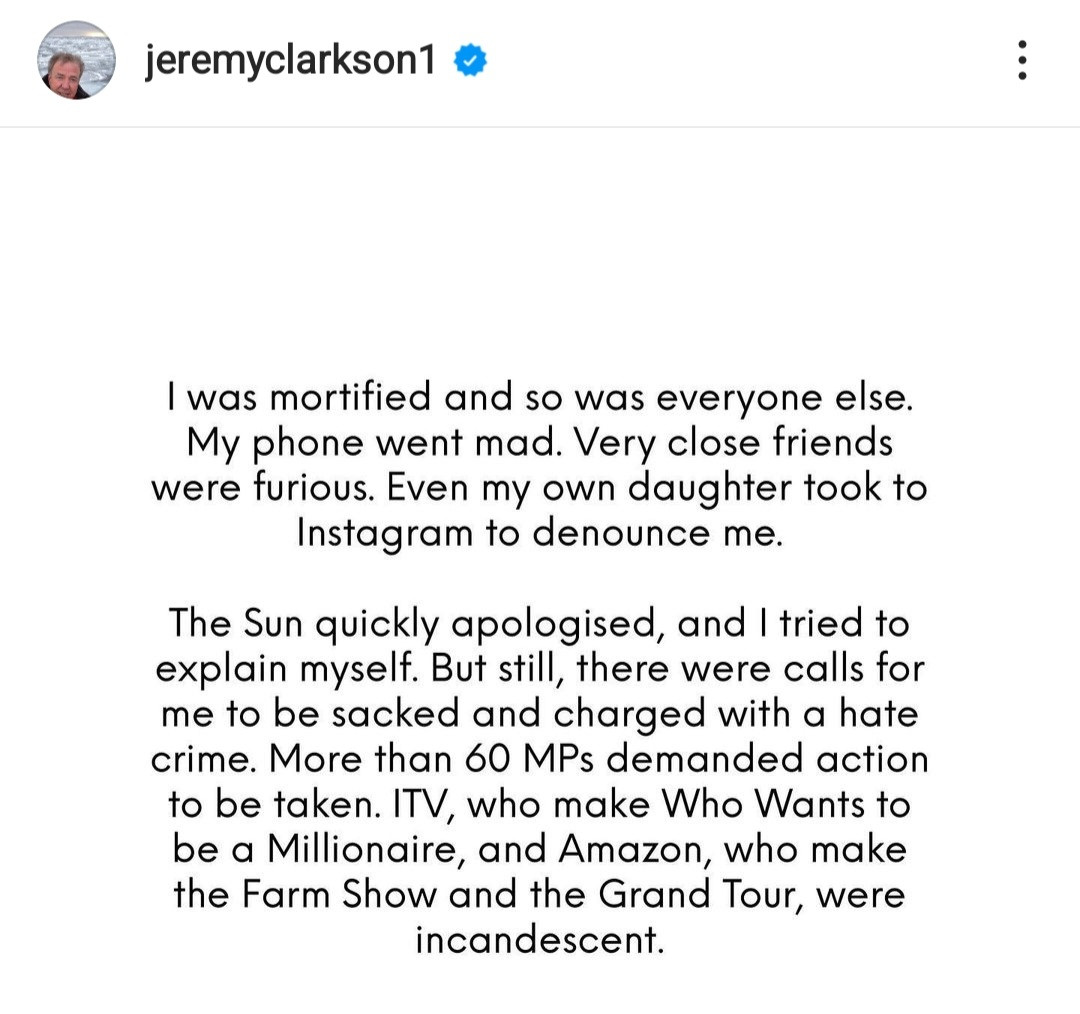 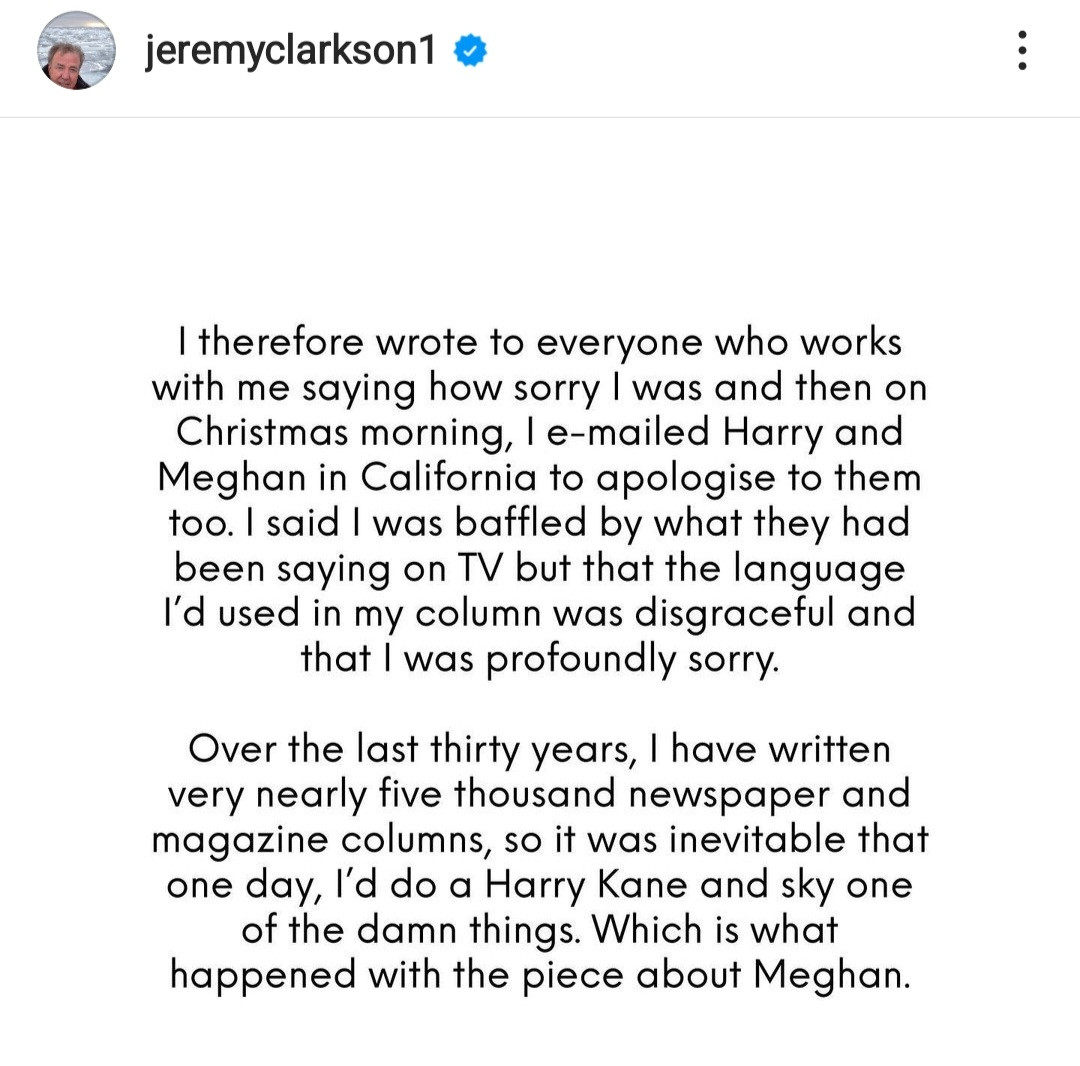 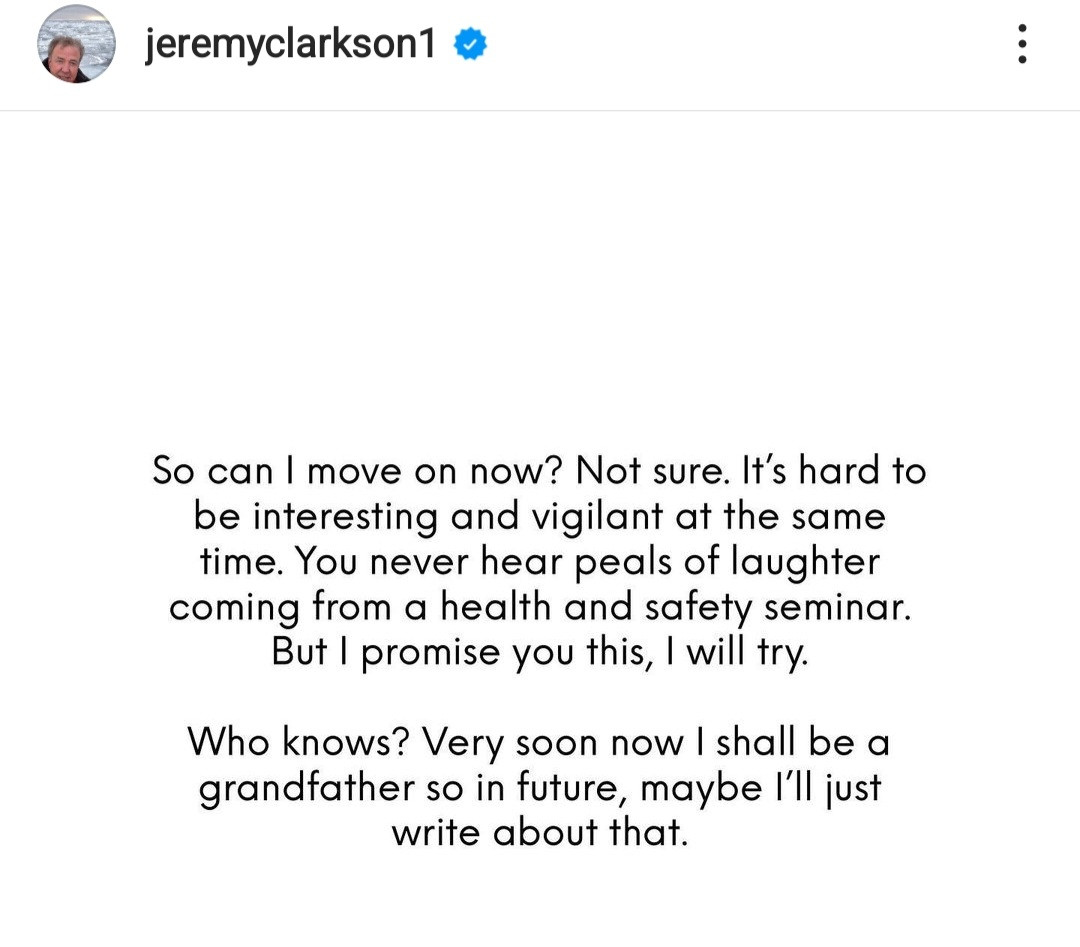 Now, Harry and Meghan have responded to Jeremy’s latest post with a statement of their own and denied he reached out to Meghan – claiming he contacted Harry alone. It reads: “On December 25, 2022, Mr. Clarkson wrote solely to Prince Harry, The Duke of Sussex. “The contents of his correspondence were marked Private and Confidential. “While a new public apology has been issued today by Mr. Clarkson, what remained to be addressed is his long standing pattern of writing articles that spread hate rhetoric, dangerous conspiracy theories, and misogyny.” It adds: “Unless each of his other pieces were also written ‘in a hurry’, as he states, it is clear that this is not an isolated incident shared in haste, but rather a series of articles shared in hate.” 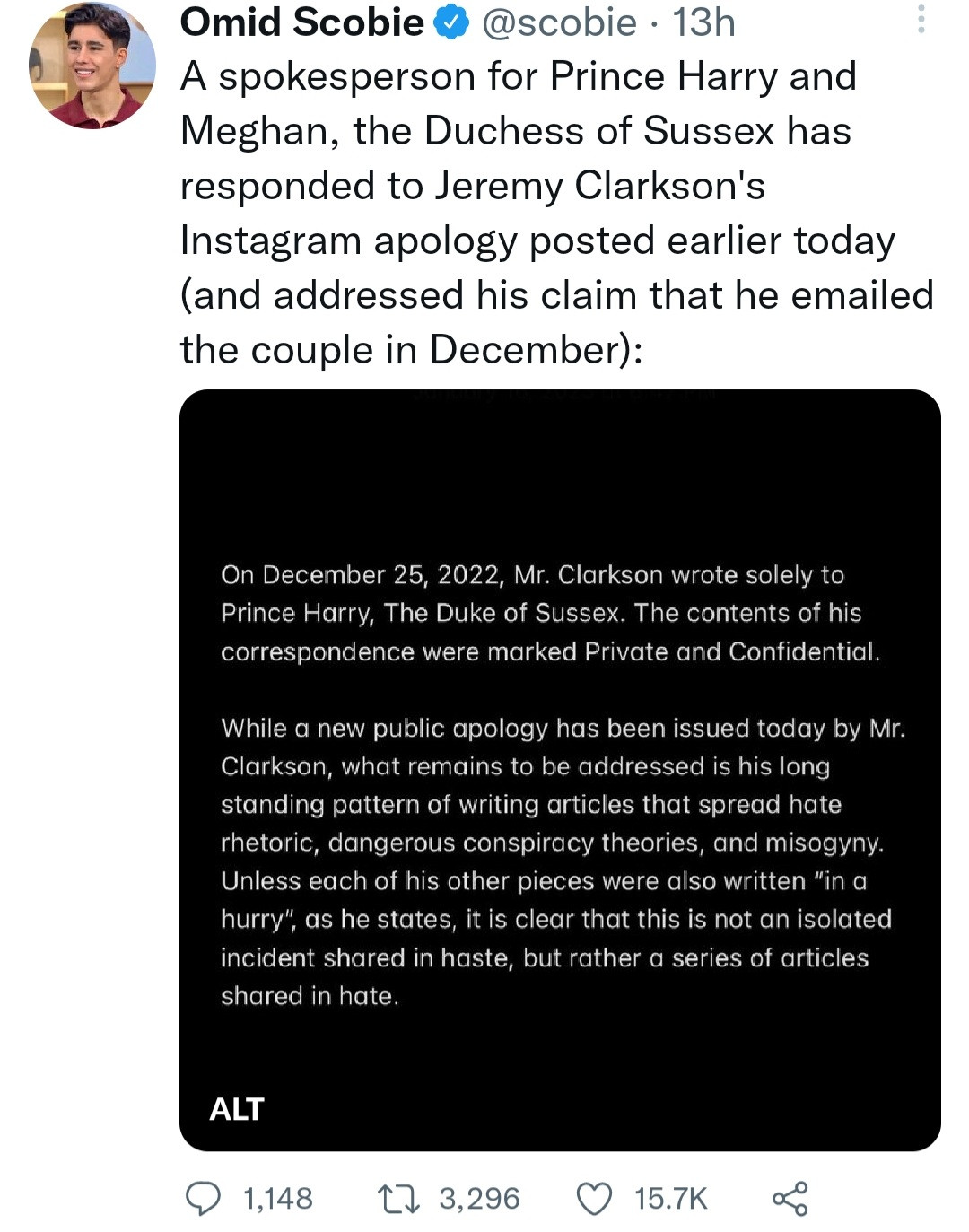 It comes as Amazon is reported to have parted ways with the host beyond seasons of The Grand Tour and Clarkson’s Farm that have already been commissioned. Meanwhile, an ITV boss slammed the Who Wants To Be A Millionaire presenter, but said they won’t sack him over the remarks. Kevin Lygo said at a Broadcasting Press Guild lunch: “It was awful what he said and I think even he has now acknowledged that. He should apologise. I don’t know what he was thinking when he wrote that.” The backlash was sparked after Jeremy wrote in The Sun last month he “dreams of people throwing lumps of excrement at” Megha. The Independent Press Standards Organisation received more than 20,000 complaints about the piece, becoming the most complained about article ever. The post Prince Harry & Meghan Markle respond to Jeremy Clarkson’s apology after his vile column stating he wants Meghan paraded naked on street appeared first on Linda Ikeji Blog.
Uncategorized