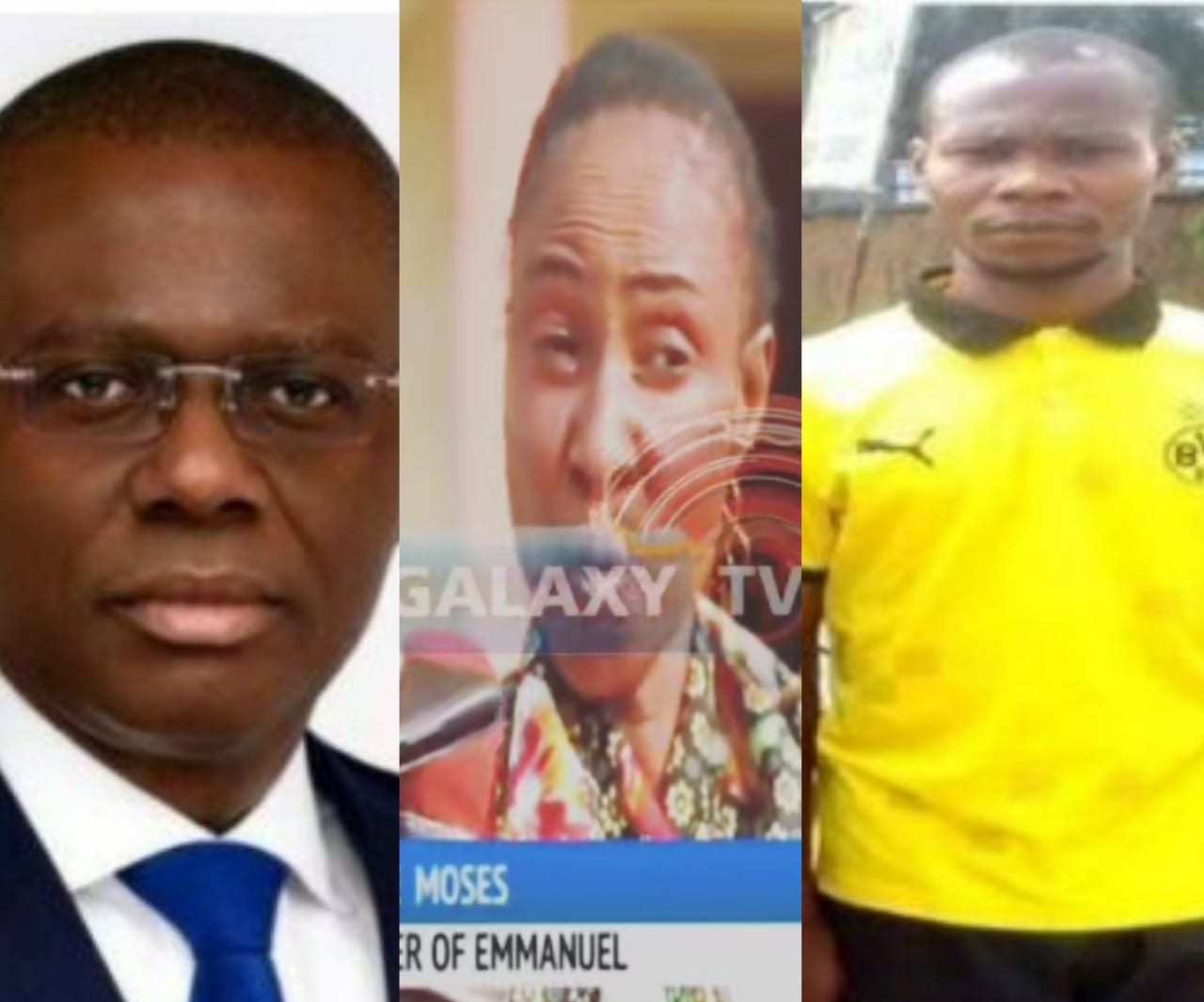 Grace Moses, the mother of 27-year-old Emmanuel Sanwo-Olu who claims to be the son of Lagos state governor, Babajide Sanwo-Olu, has come out publicly to speak. Recall that Emmanuel had dragged Gov Sanwo-Olu before the High Court 2 sitting in Effurun, Uvwie Local Government Area of Delta in December 2022, to compel the governor to acknowledge him as his son and grant him all the rights he duly deserves. In his court papers filed by his lawyer, J. O. Aikpokpo-Martins, Esq, Emmanuel in the 19-paragraph statement of claim attached to the writ, claimed that Governor Sanwo-Olu was a staff of a private company operating in Warri and its environs in Delta State from 1994 to 1995, and in the course of working and living in Warri that period, he had an amorous relationship with his mother, Grace Moses, from Oleri village near Warri metropolis, Delta State between 1994 and 1995. He wants the governor to agree to a DNA test to prove he is indeed his son. Emmanuel, who does “casual jobs” to survive with his wife and three kids, told newsmen in December 2022, that for the past 27 years, he has not seen his father. “I am 100 per cent sure that I am the son of Governor Sanwo-Olu. I just want to see the man, Sir, as my father.” At the first hearing of the case in December, his counsel told newsmen at lawyers to Gov Sanwo-Olu had filed a motion to strike out the matter on the grounds that the governor was not ready to wave his immunity. However, the case resumed for hearing on Monday January 17. While speaking to GalaxyTV after the hearing, the 47-year-old mother of Emmanuel said she is certain Gov Sanwo-Olu is Emmanuel’s father.”My message to Sanwo-Olu is, he should come and have his child. The baby is grown up. He is troubling me. If not for God, I would have been dead by now.Because of the pregnancy I couldn’t go to school due to pressure from my mother who chased me out of the house because they had waited for Sanwo-Olu to no avail.In my bid to abort the pregnancy, I drank “lime, but E no gree commot.I started selling pig for people and got paid N150 which I used for the upkeep of myself and the baby. The baby is now grown and he’s threatening to kill me if I do not show him his father.” The woman claimed that she met the Lagos State governor in 1995 when he was 19. “Governor Sanwo-Olu was working with an oil company, Saipem, at Ubogo Community in Udu Local Government Area of Delta State at that time.We began a relationship which resulted in pregnancy. The governor took me to a hospital in Agbarho Community, Ughelli North Local Government Area where he terminated the pregnancy.” The woman who spoke in pidgin English said;“After few days, Sanwo-Olu also had sex with me which resulted in another pregnancy. Since then, Sanwo-Olu abandoned me and travelled out of the state on the grounds that he was transferred to work in Maiduguri, Borno State. I was left to carry the pregnancy and delivered the baby all alone without the assistance of Sanwo-Olu and any member of his family. I told my son, Emanuel Sanwo-Olu that his father is not a cripple. Up till now, he has refused to grant me and his son, Emmanuel Sanwo-Olu audience.” Watch a video of her speaking below…      View this post on Instagram           A post shared by Lindaikejiblog (@lindaikejiblogofficial) The post Mother of Delta man who claims Gov Sanwo-Olu is father speaks (video) appeared first on Linda Ikeji Blog.
Uncategorized