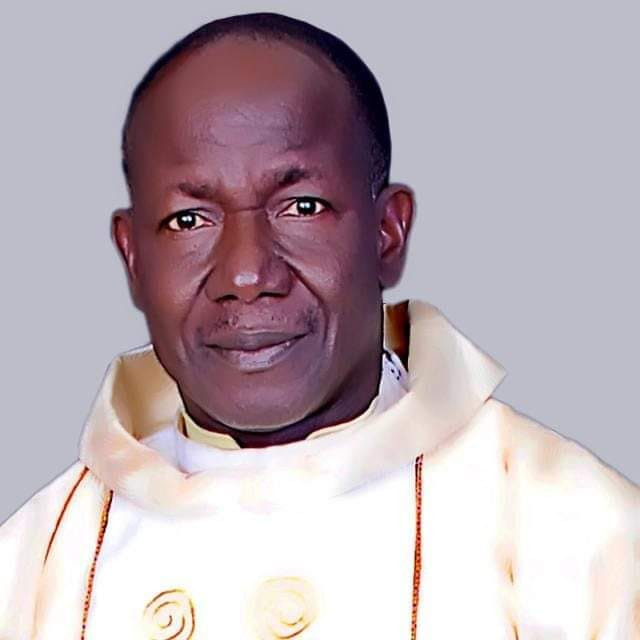 The parish priest of St. Peter’s and Paul Catholic Church, Kafin-Koro, in Paikoro Local Government Area of Niger State, Rev. Fr. Isaac Achi, who was killed by bandits last Sunday, had earlier survived a bomb blast, gunshot and kidnapping.  According to the grieving parishioners, who spoke to The Nation, the late cleric survived the December 2011 bombing at St. Theresa Catholic Church in Madalla, Suleja Local Government Area, escaped a previous kidnap attempt when terrorists invaded his residence in 2013, and survived a robbery shooting two years ago. The priest allegedly suffocated in the smoke as he could not escape since the terrorists were waiting outside, ready to shoot anyone who came out. Sources said the deceased called for help and some relatives alerted the Divisional Police Office and Police Tactical Team who, unfortunately, arrived after the terrorists had gone. A visit to the scene showed that Fr. Achi burnt to ashes with nothing left standing. Some congregants described the deceased as an easygoing man ready to help at any time. David Bulus said he could not hold back his tears when he saw the burnt body of his priest. “My Father was roasted by those people. You cannot imagine what he went through. To have died just like that, roasted like ‘boli’. Now, who would I run to when I need advice? He has always been there, he always had time for us. Now, our Father is gone,” David said with tears. A Youth Corp member, Daniel Ezieonu, described the priest as a big brother figure to them in the council ‘as he never hesitated to share his food and drink with everyone around the church’. A parishioner of St. Theresa Catholic Church, Micheal Oche, said the deceased was a blessing to many families during the trying period of the Madalla bomb blast. He called on the government to ensure the culprits are brought to book.  A Twitter user, Chinaza Asogwa, recalled how the priest came to their aid when thieves invaded their house. “When my mom was pregnant with my younger sister and my dad was out of town. I was just 6 at the time and thieves attacked our house. My mom called him panicking and he drove straight to our house with police men. You dare not step on his parishioners. This cuts my soul deep,” Meanwhile, Governor Abubakar Sani-Bello has vowed to bring the perpetrators to book. He directed the security agencies to work towards arresting the culprits. “I am saddened and horrified to learn of the killing of Rev. Fr. Isaac Achi, who was set ablaze by bandits at his residence in Kaffin Koro. This senseless act of violence is a heinous and unacceptable crime that has no place in our society.” The governor acknowledged that the tragedy has ‘undoubtedly caused a great deal of pain and suffering’, and urged the people of Kafin-Koro and the entire parishioners to remain calm and allow security agencies do their work. “There is no justification for such a heinous crime, and those responsible must be brought to justice. As governor, I assure the people that we will do everything in our power to ensure those responsible are held accountable. We will also work to ensure that all religious communities are protected and respected.” he added. 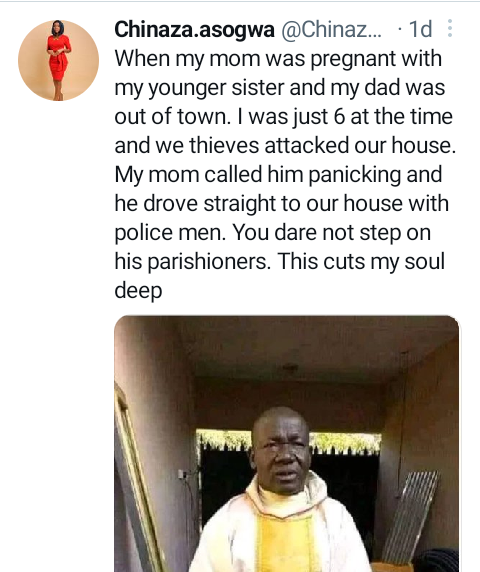 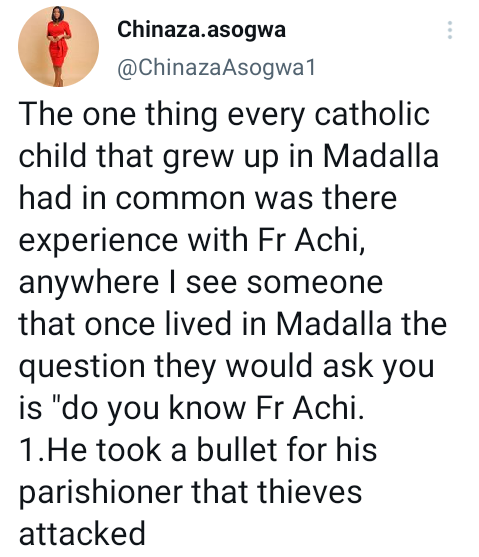 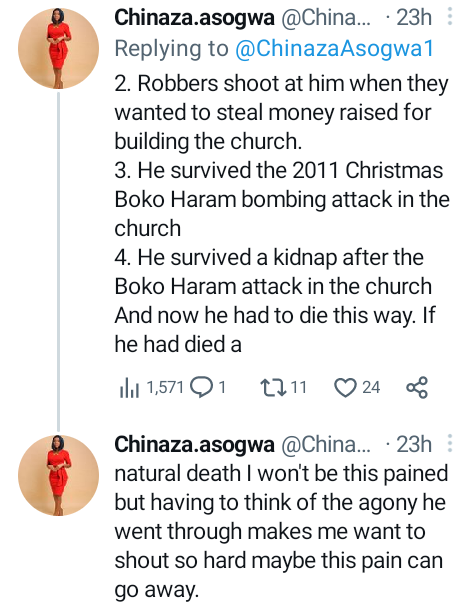 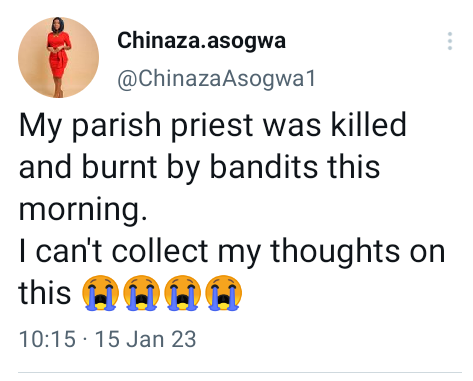 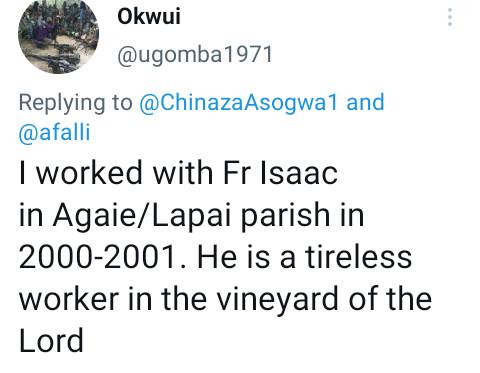 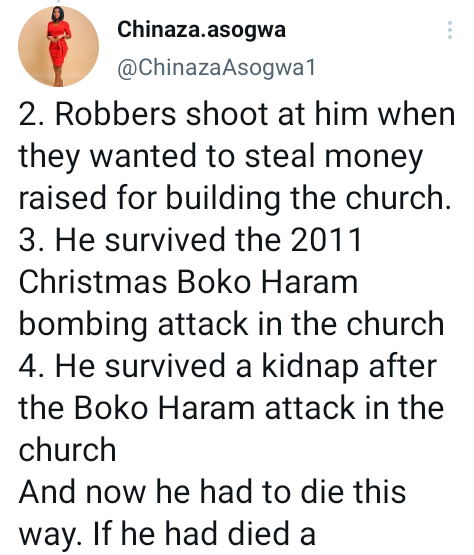