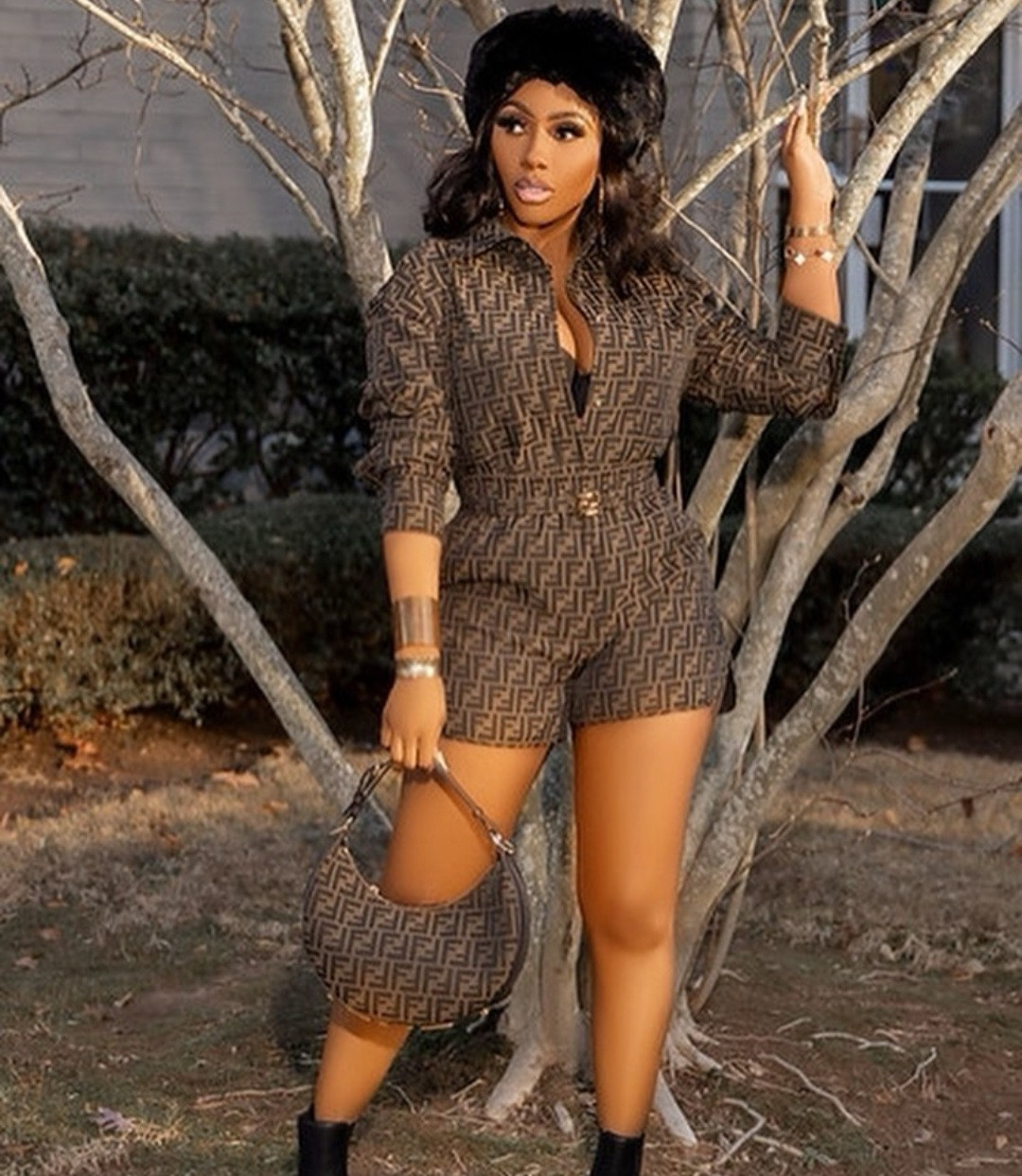 Mercy Eke has reacted to the drama surrounding her real age. The reality star took to Twitter over the weekend to share her voter’s card while calling on Nigerians to collect theirs. 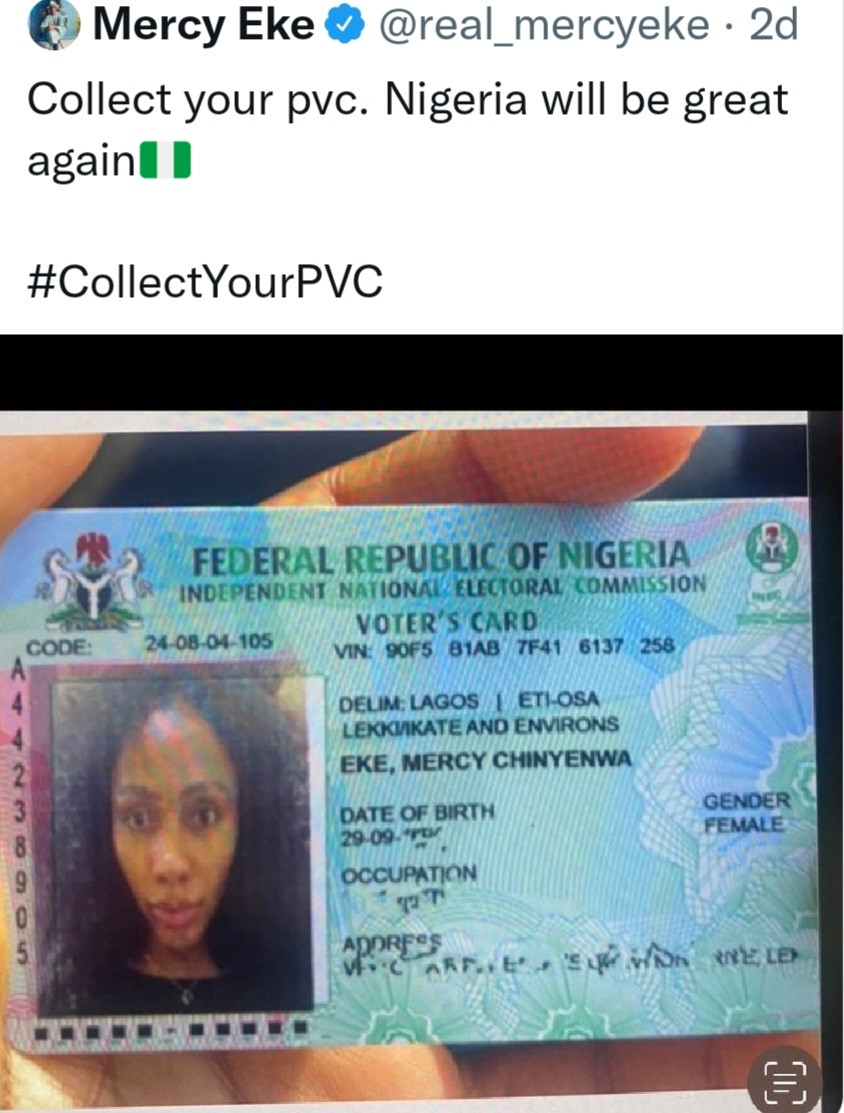 She covered her age in the PVC but left her VIN and Twitter users used this information to search for her details on the INEC website. Many users returned to the platform to accuse her of lying about her age after seeing on the INEC website that she is 32 years old. 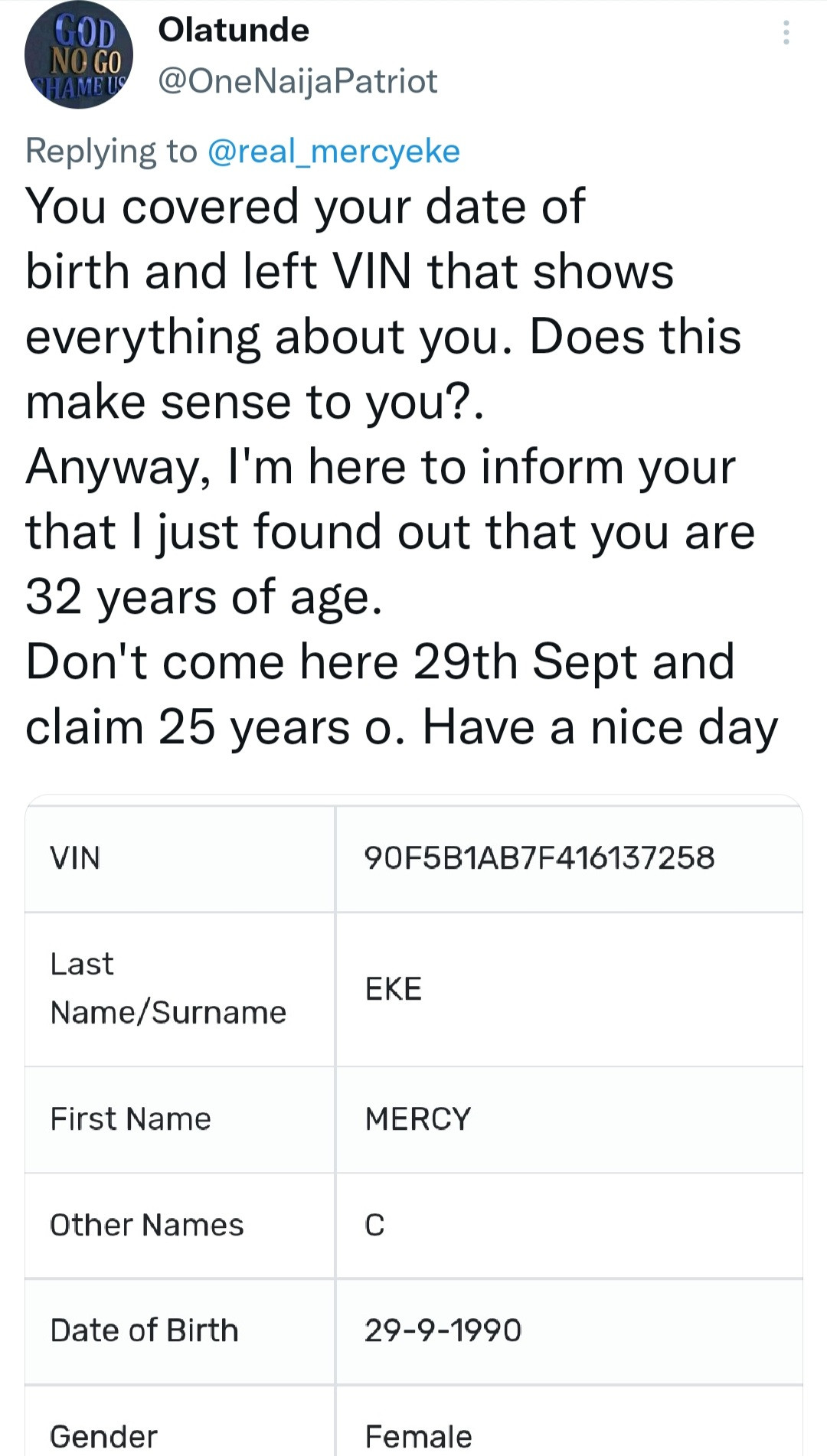 On her last birthday in September 2022, Mercy had claimed to be 29 and her birthday post was reshared as Nigerians began calling her out for lying about her age. 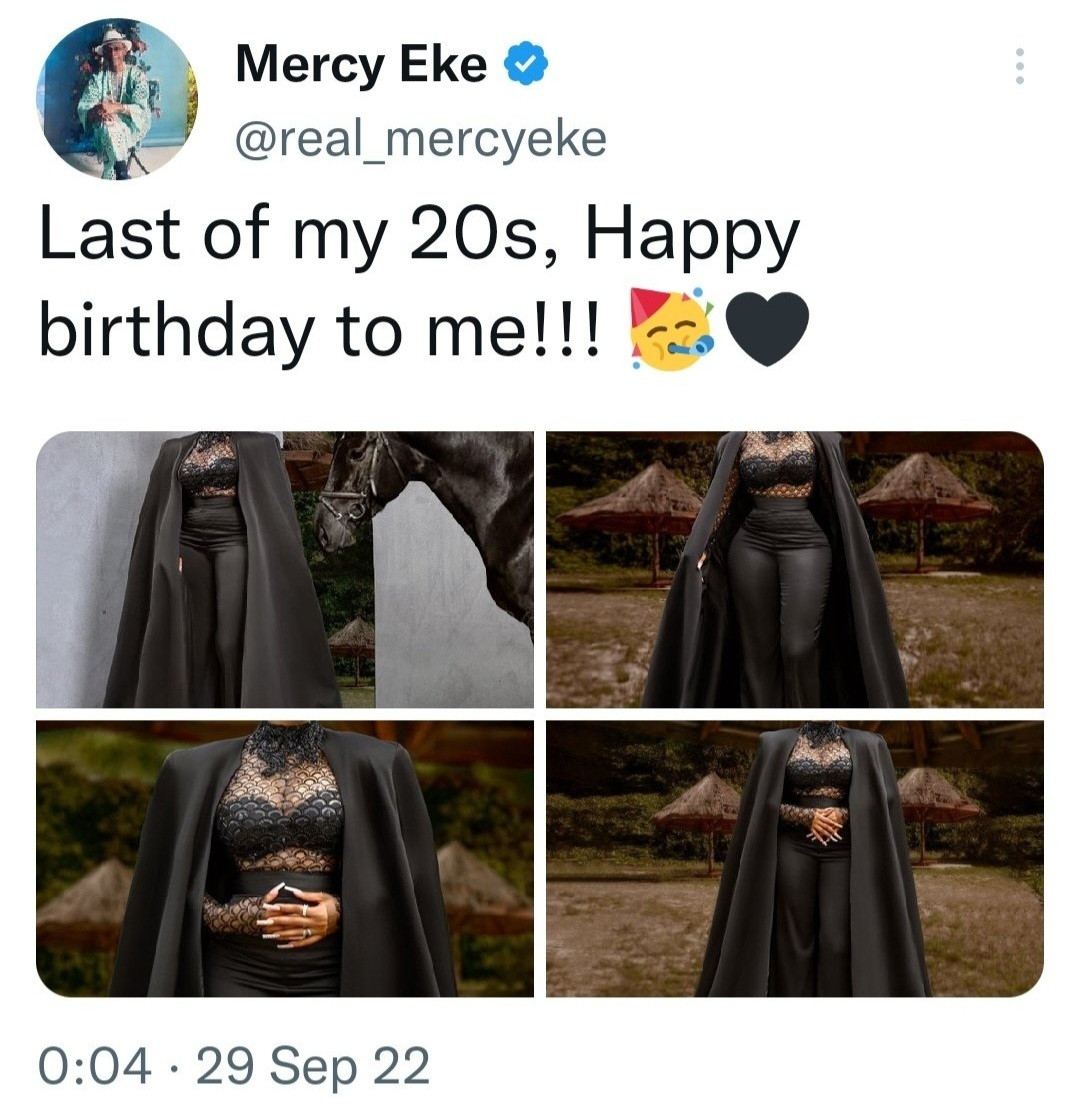 Not bothered by the fuss about her age, she returned to Twitter today to quote-tweet her initial post. 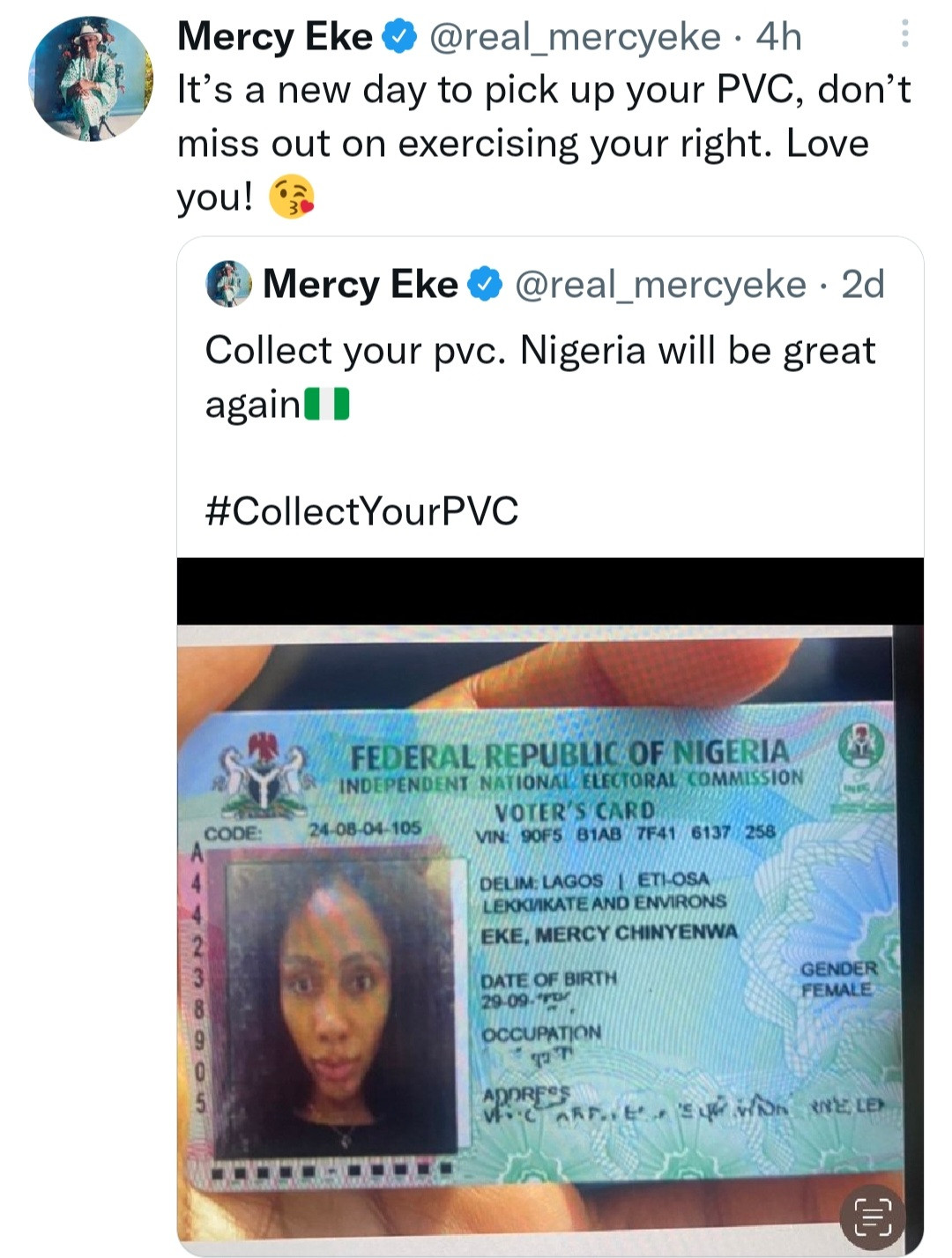 A follower then called her out directly and she responded. “But you’re close to 40 yrs old why you dey lie for us,” the follower wrote. Mercy replied sarcastically: “I’m actually 52.” 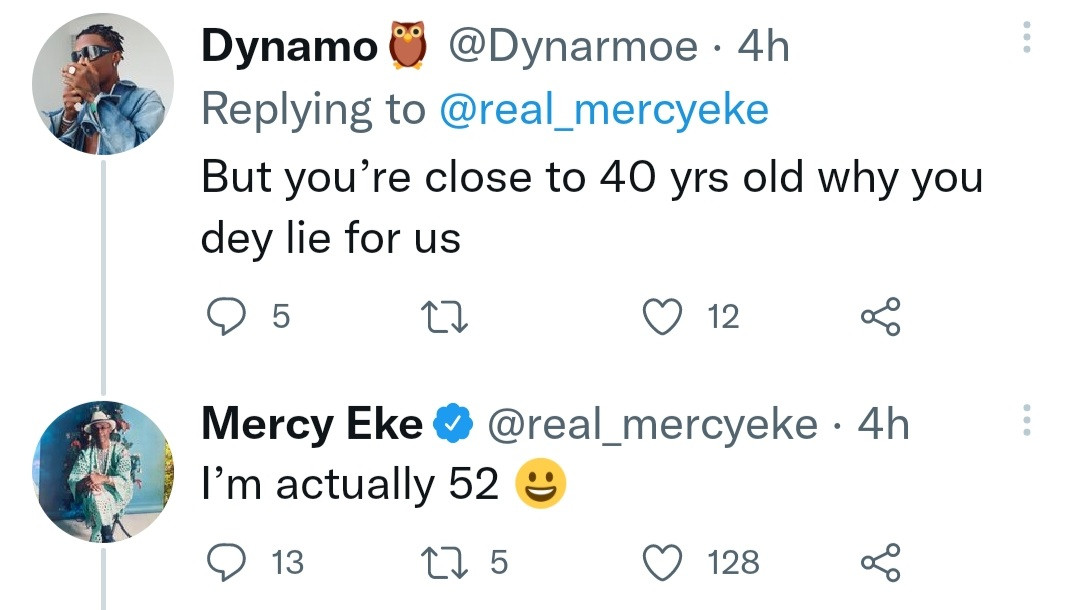