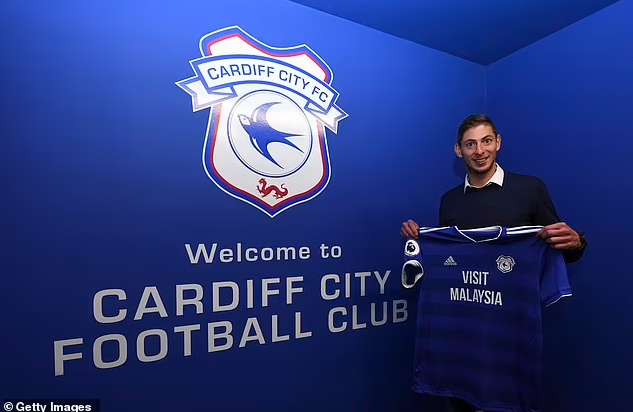 Cardiff City have finally paid Nantes the first installment of the £15million transfer fee for Emiliano Sala. The Argentine striker died in a plane crash in January 2019 as he was travelling from France to join Cardiff.    A three-window embargo was imposed by FIFA because Cardiff refused to pay the first part of the fee. Cardiff expect the payment of around £7m, which includes interest, will prompt FIFA to lift the embargo.  Sala tragically died in a plane crash over the Channel in January 2019 as he flew from saying his goodbyes in France to Wales. Back in August the second tier side revealed they had been put under a transfer embargo after failing to pay the deal’s first improvement. Cardiff had been arguing Sala was not officially their player when the 28-year-old Argentine died in a plane crash over the English Channel in January 2019.  He was travelling from France to join the then-Premier League club.  Cardiff, having failed to initially pay the first instalment, were put under a three-window embargo, which also affected the club.  Cardiff lost their appeal against that UEFA, ruling by Fifa thar ”A three-man panel at the Court of Arbitration for Sport (CAS) heard the appeal in Lausanne earlier this year.’The post Update: Cardiff City finally pay Nantes the first 7m instalment of 15m transfer fee for Emiliano Sala four years after he died inaplanecrash appeared first on Linda Ikeji Blog.
Uncategorized