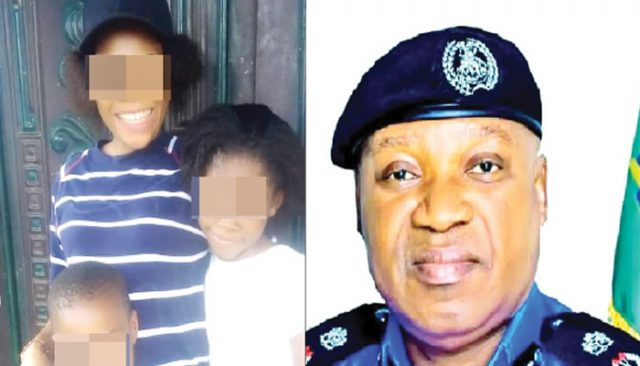 The police in Lagos state have arrested a Police Inspector and two women over a missing baby in Lagos state. The police inspector identified as Samuel Ukpabio who is attached to the State Criminal Investigation Department SCID, is accused of forcefully abducting a baby boy from the mother, 35-year-old Fortune Obafuoso. Punch reports that Obafuoso said on Friday, December 23, 2022, when she delivered her baby, the policeman arrested her and took her alongside her children, including the newborn, to the SCID on the allegation that she wanted to sell the baby, a claim she denied. The distraught mum said while she was being interrogated by Ukpabio, her baby boy was forcefully taken away from her and handed over to a yet-to-be-identified woman. She claimed that the police officer then gave her N15,000, and threatened her not to return for the baby. She also alleged that he also sent her another N170,000 after she kept demanding for her child. Following her outcry, the matter was investigated and the police officer alongside his accomplices were arrested. Confirming their arrest, the spokesperson of the state police command, SP Benjamin Hundeyin, said; “Two ladies have been arrested; the inspector (Ukpabio) mentioned the person he gave the baby to and we arrested that person. The person is in detention now. During interrogation, that person mentioned that she gave the baby to another person and the person has been arrested and detained.Both of them have not denied collecting the baby but we still don’t know where the baby is. We are still working and by the end of tomorrow (Wednesday), we should be able to tell where they took the baby to. So, we have a total of three people in detention now; the inspector, and the two ladies.” The post Police officer and two women arrested over missing baby in Lagos appeared first on Linda Ikeji Blog.
Uncategorized