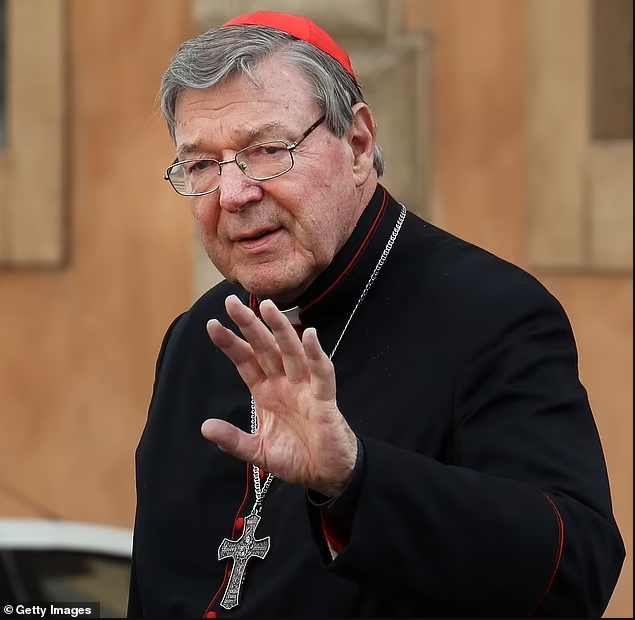 Cardinal George Pell has died in Rome at the age of 81 after complications from hip replacement surgery, the Vatican has confirmed.  The Australian clergyman, who was a leading Roman Catholic conservative and former top official at the Vatican, is reported to have successfully undergone the operation and was chatting with his anaesthetist when he went into sudden cardiac arrest. Medics were unable to revive him. His death comes just days after he attended the funeral of Pope Benedict in Rome last week. 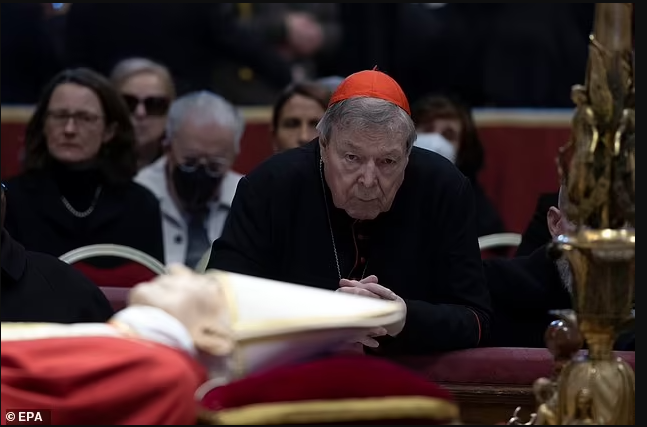 In his final interview, Cardinal Pell spoke emotionally about the death of the Pope who resigned from the role in 2013 at the age of 85 because of his ill health. ‘I was very sad,’ Cardinal Pell said. ‘As a matter of fact, I was surprised how sad I was. ‘I knew he was sick and I knew he was dying.  ‘[But] I was rather pleased as I thought I had heard he was rallying and was disconcerting the experts and going to live a little bit longer. ‘I’d known him well enough, admired what he was about. I thought he was very good for the church. ‘It was sad to see another wonderful stage in church history ending.’ Pell, Australia’s most senior Catholic, was ordained a priest in 1966, became a bishop in 1987, and was appointed Archbishop of Melbourne in 1996 and Archbishop of Sydney in 2001 before he was appointed as a Cardinal in 2003. He served as Vatican economy minister from 2014 until he took a leave of absence in 2017 to return to Australia to face charges of sexual abuse. In 2018 he was convicted of molesting two choirboys at St Patrick’s Cathedral in Melbourne when he was archbishop of the diocese in the 1990s. Always maintaining his innocence, he spent 13 months in prison until his conviction was quashed by the Australian High Court in 2020. The ruling allowed the then 78-year-old to walk free, ending the case of the most senior figure accused in the global scandal of historical sex abuse that rocked the Roman Catholic Church worldwide.The post Cardinal George Pell, who was acquitted of child sexual abuse,diesat81 appeared first on Linda Ikeji Blog.
Uncategorized