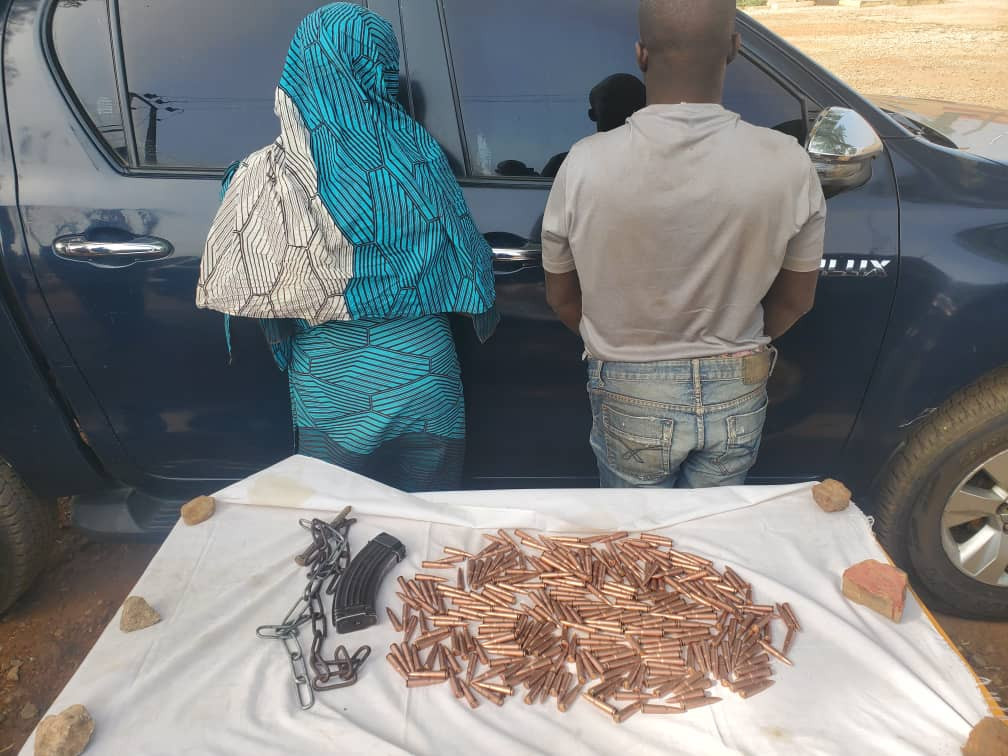 The Zamfara State Police Command has arrested a gunrunner identified as Emmanuel Emmanuel and his female counterpart Nana Ibrahim, along the Gusau–Wanke–Dansadau road in the state. In a statement released today January 10, the spokesperson of the state police command, Mohammed Shehu said the suspects were nabbed with 325 rounds of live ammunition and one magazine for AK-47 rifle. He explained that the arrest was sequel to intelligence received about the supply of the above-mentioned exhibits from Benue State to an undisclosed bandit camp in Zamfara. “Spot search by the operatives led to the recovery of the above exhibits. In the course of interrogation, suspects confessed to having engaged in several gunrunning businesses with bandits operating in Zamfara and other neighbouring states.The effort is ongoing to apprehend their partners and charge them to court for prosecution.”the statement read in part The Commissioner of Police, Kolo Yusuf, however, reiterated the Command’s sustained commitment to protecting lives and property. He also asked residents of the state to collaborate with security agencies in this regard.  The post Police arrest suspected female gunrunner and other in Zamfara appeared first on Linda Ikeji Blog.
Uncategorized