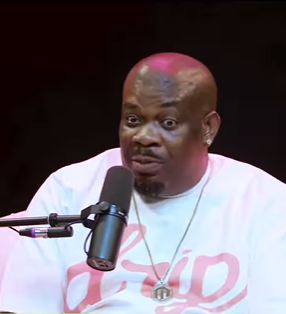 Music executive, Michael Collins Ajereh aka Don Jazzy, has said that married women are in his DM asking him for things. Don Jazzy said this while appearing as a guest on a podcast recently. One of the hosts of the podcast, Nedu, while lamenting about the spate of infidelity among married men and women, especially in Lagos, said;”I just feel a lot of people are just deceiving themselves, especially in this Lagos…Married women and men…they are all just lying to themselves. You know how many places that I have seen married women?” Responding, DonJazzy said;”They are in my DM”  Watch a video of him speaking below…      View this post on Instagram           A post shared by Lindaikejiblog (@lindaikejiblogofficial) The post Married women are in my DM – DonJazzy reveals as he speaks on cheating amongst married couples in Lagos (video) appeared first on Linda Ikeji Blog.
Uncategorized