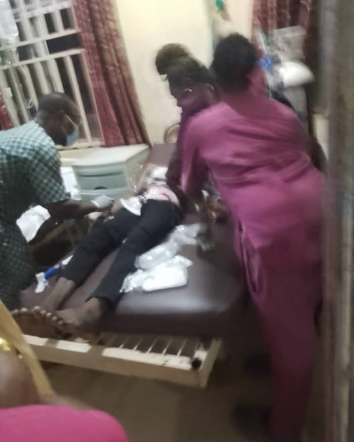 A 200-level student of Nnamdi Azikiwe University Awka, from the Department of Philosophy died on Sunday, January 8, after an armed robbery attack. The student whose name was simply given as Daniel was said to have been attacked by some gun-wielding robbers at Success lodge Ifite. The robbers who came to raid the lodge took his phone from him. Late Daniel is said to have attempted to collect his sim card from his phone, which was already with the robbers, when he was shot in the stomach. He was rushed to the hospital where he later died due to excessive loss of blood. Reacting to the incident, the Anambra state police command via its Twitter handle said ;”This is unfortunate, I got this information from the SUG president, yesternight. I have also escalated to the DPO covering the area. Police patrol has been on since then. I urge the witness of the incident to help us with information, please.” 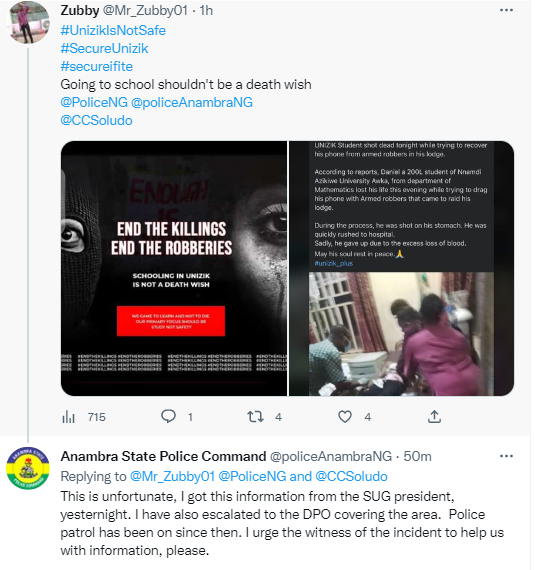