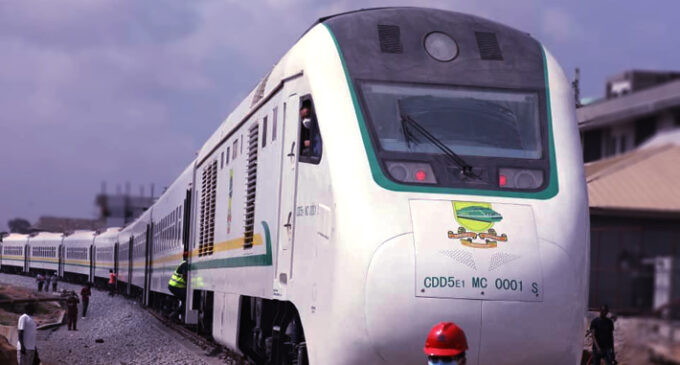 A suspect linked to the abduction of 32 passengers from a train station in Igueben, Edo state, on Saturday January 7, has been arrested. Commenting on the abduction, Edo state commissioner for communication and orientation, Chris Nehikhare said 32 passengers were initially abducted, but one passenger managed to escape. Five others have also been rescued. A source told Daily Trust;  “Five persons have been rescued so far. The kidnappers were forced to release the minors who they felt couldn’t move fast due to the intensity of the security operatives, especially the hunters who were in the bush.” Nehikhare further revealed that the arrested suspect is now being questioned. He said;  “The kidnap is the most difficult occurrence in the state currently. Few armed men who came with vehicles at about 4pm started shooting sporadically at the Igueben train station.“Kidnapping 32 while many others were injured. They came with cars but took their victims into the bush on foot.“The police in collaboration with the vigilante and hunters started combing the bush almost immediately. One suspect has been arrested and he is helping the police in their investigation.“The deputy governor, Philip Shaibu, visited the scene of the crime this morning to have an on-the-spot assessment of what has happened.“We are pleased to say that one suspect has been arrested. We congratulate the police and the Edo security network for the swiftness which they attended to the security breech.“We sympathise with the families of the victims and hope that this is the last we will have such daring people invading government infrastructure.” The attack came about nine months after bandits attacked an Abuja-Kaduna train, gunned down some passengers and abducted more than 60 others, who were released after ransom payment. The attack led to the suspension of train service on the route. Service only resumed on December 5 after the remaining passengers were released.The post Suspect nabbed over abduction of 32 passengers at Edo train station appeared first on Linda Ikeji Blog.
Uncategorized