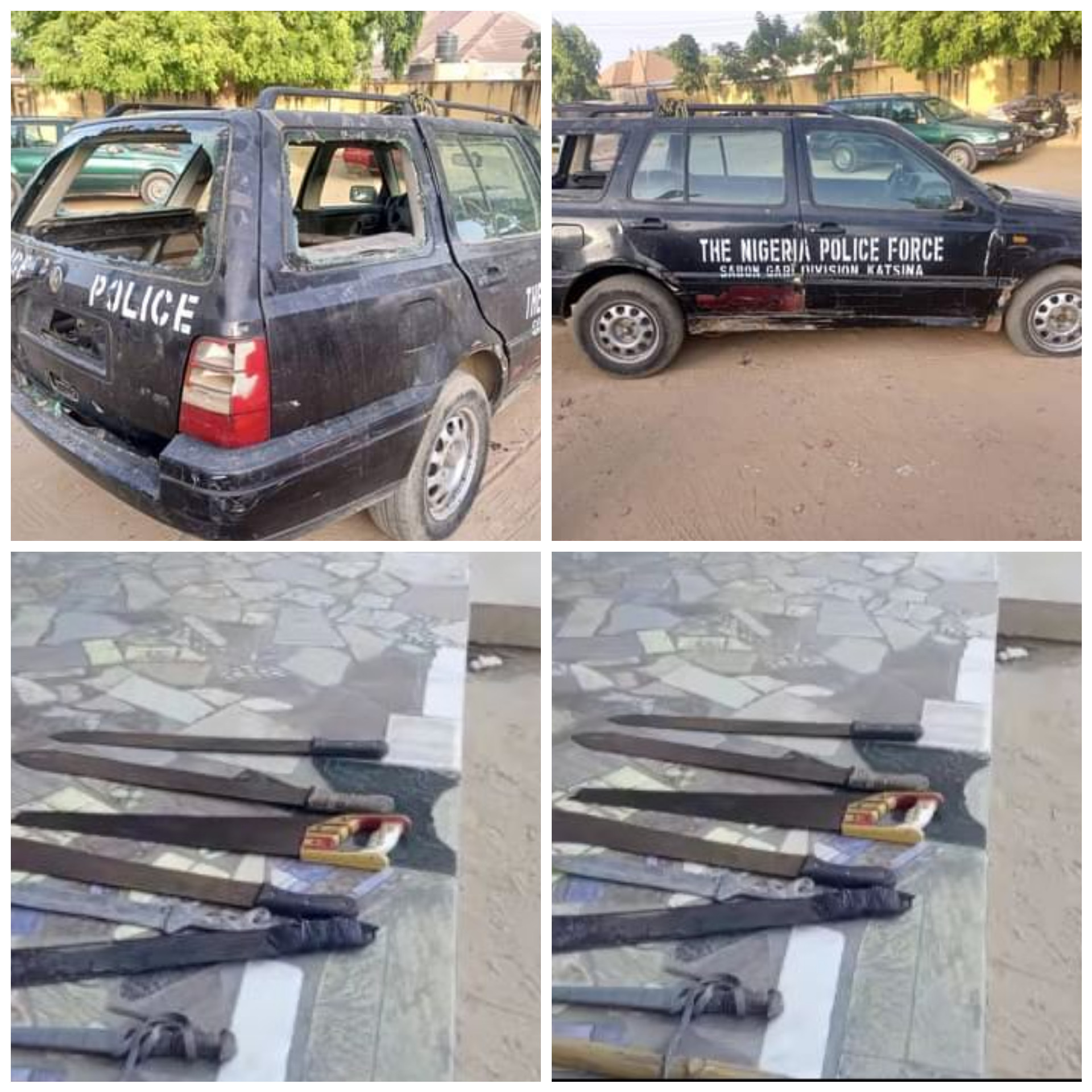 Three suspects have been arrested in Katsina State over a clash between the police and some hoodlums on New Year’s Day which resulted in the death of a 9-year-old boy, Muhammad Jawwad.  A 16-year-old boy identified as Muhammed Aliyu, was hit by a bullet during the incident and is currently admitted to the Federal Teaching Hospital, Katsina. The spokesman for the State Police Command, SP Gambo Isah, who confirmed the incident in a statement on Sunday, January 8, 2023, identified the suspects as Abdulganiyu Yusuf, 20; Abubakar Abubakar, 22; and Abubakar Hassan, 22. According to the PPRO, trouble started when police operatives on patrol went to a community, Sabuwar Unguwar, following a distress call. On arrival at the area, the team came under serious attack by a group of notorious hoodlums, known as Kauraye, armed with dangerous weapons such as cutlasses, machetes, knives, sticks and daggers. One of the thugs attempted to disarm a sergeant, which led to the release of bullets that hit the boy and the teenager. A police vehicle and two patrol motorcycles were also damaged in the clash.”On 01/01/2023 at about 1820hrs, a distress call was received from Sabuwar Unguwa Quarters, a notorious hub for Kauraye thugs and sales of Indian hemp and illicit drugs, in the Katsina metropolitan area, that a group of Kauraye syndicate, armed with dangerous weapons, grouped themselves in a tumultuous manner, causing apprehension in the area. Police Patrol Team were immediately dispatched to the area,” the statement read.    “On arrival at the area, the team came under serious attack by group of Kauraye thugs, armed with dangerous weapons such as cutlasses, machetes, knives, sticks and daggers. And in the process one Abdulganiyu Yusufu, alias “Jami’u”, ‘M’, aged 20yrs of Sabuwar Unguwa Quarters, grabbed Sgt Aminu Hassan, ‘M’, attached to the team, with intent to disarm him, of which the officer fired him on the right finger, the bullet ricocheted and hit one Muhammad Aliyu, ‘M’, aged 16yrs and Muhammad Jawad, ‘M’, aged 9yrs both of the same address. “The victims were rushed to Federal Medical Center, Katsina for treatment. Later, the said Muhammad Jawad, died while receiving treatment while the former is still on admission receiving treatment. “In the course of investigation, suspect Abdulganiyu Yusuf, ‘M’, aged 20yrs, was traced and arrested. He confessed to have engaged the policeman in a brawl leading to the shooting incident. Two other suspects, DJ Abubakar A. Abubakar, ‘M’, aged 22yrs and Abubakar Hussain Hassan, ‘M’, aged 21yrs were arrested in connection with the crime. “They made useful statements and are assisting the police in their investigations. In the course of scanning the scene, Police Patrol Vehicle, Golf, and two patrol motorcycles were damaged by the Kauraye thugs. Four (4) Machetes, two Knives and a long Stick were also recovered at the scene. Two big Speakers, one Amplifier, one Laptop and one Generator, belonging to the suspects were also removed to the station and registered as exhibits. “The Commissioner of Police, Katsina state Command, CP Shehu Umar Nadada, psc, has commiserated with parents of the deceased and injured victims. “He also sent a delegation under the leadership of Area Commander, Metro, ACP Yahuza Samaila Shall, to condole the family and assured them that the Command is carrying out a full scale investigation on the matter. “He however, calls for calm that the Command is on top of the situation and urges all and sundry to continue to cooperate with the Nigeria Police Force and other security agencies in the ongoing fight against crime and criminality in the state.” 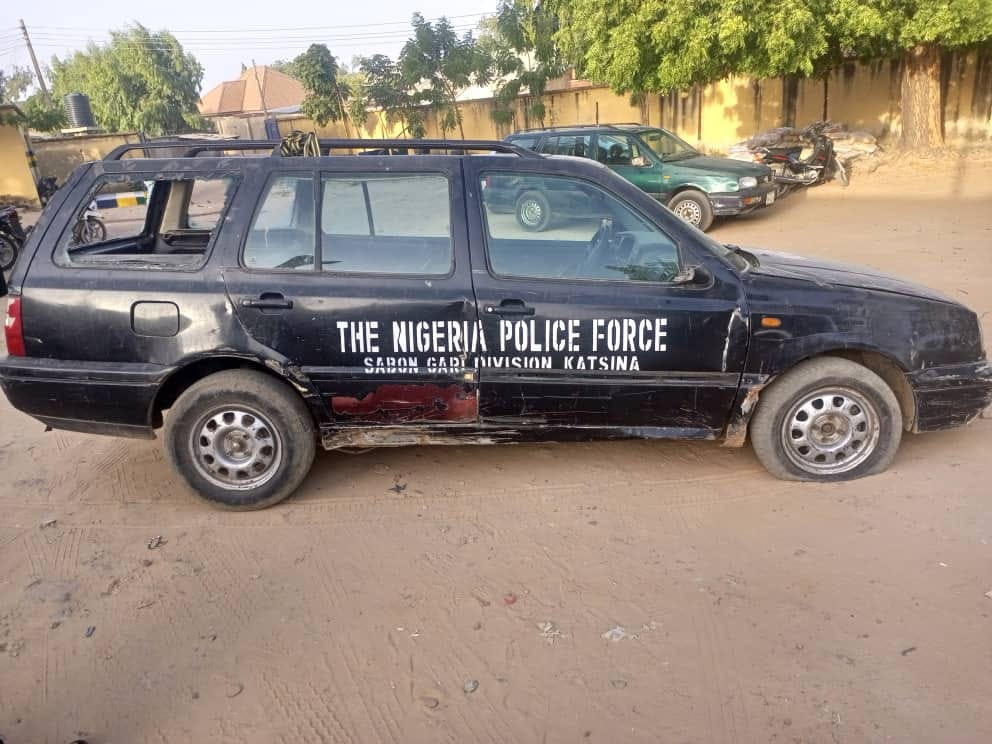