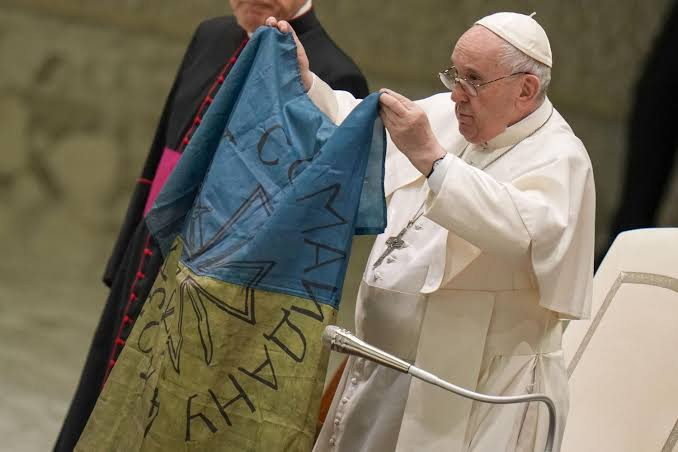 Vatican leader, Pope Francis has likened the war in Ukraine to a “crime against God and against humanity,” calling once again for an end to the conflict. Speaking during an address to the diplomatic corps in the Vatican on Monday, January 9, the Pope said that conflicts such as the war in Ukraine with its “wake of death and destruction” and “attacks on civil infrastructures” are akin to crimes “against God and humanity.””Today, I feel bound to renew my appeal for an immediate end to this senseless conflict, whose effects are felt in entire regions, also outside of Europe, due to its repercussions in the areas of energy and food production, above all in Africa and in the Middle East,” he stressed.He also highlighted the impact of the war in Ukraine on the “most fragile – children, the elderly, the disabled,” saying it “leaves an indelible mark on families The post Pope Francis likens war in Ukraine to “crime against God and against humanity” appeared first on Linda Ikeji Blog.
Uncategorized