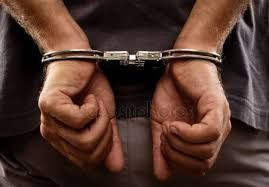 A naval rating has been arrested and detained at the Forward Operating Base (FOB) located at Egweama in Brass Local Government Area of Bayelsa, over his alleged complicity in the death of a 16-year-old girl in a hotel in the State. LIB had earlier shared a report  which stated that the corpse of the deceased, identified as Nengi Enenimiete, was found in November 2022 in the wardrobe of a hotel in Twon Brass, Brass Local Government Area of the state. The body showed no signs of physical injuries, mutilation or strangulation. Confirming the incident at the time, the spokesman of the Bayelsa Police Command, Asinim Butswat stated that “On 21st November 2022 the manager of a Hotel in Twon Brass, reported at the Divisional Police Headquarters, Brass, that he perceived an offensive odour from one of the rooms in the hotel, upon a search he discovered a lifeless female corpse hidden inside a wardrobe.The deceased was later identified as Nengi Enenimiete, female, aged 16. Investigation is ongoing to identify the suspects who lodge in the hotel room on the night of the incident. The corpse has been evacuated and deposited at the mortuary for autopsy.” Following the shocking discovery, the Naval Police in conjunction with the operatives of the Nigerian Police and the leadership of youths in the community commenced an investigation into the matter which led to the arrest of the Naval rating.   The post Naval rating arrested over death of teenage girl in Hotel room in Bayelsa appeared first on Linda Ikeji Blog.
Uncategorized