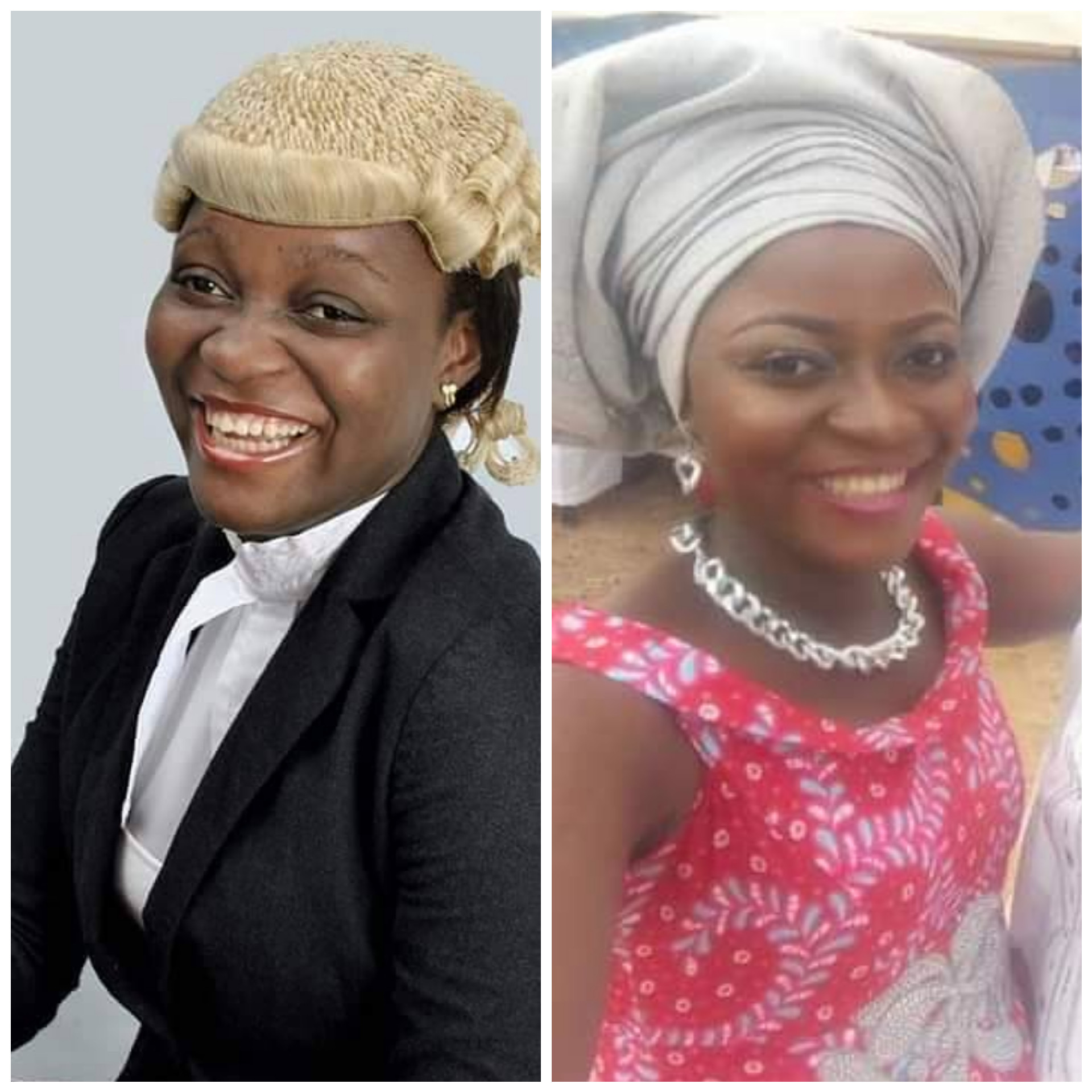 Gunmen suspected to be kidnappers have abducted the President of Igueben Area Customary Court, Mrs Precious Aigbonoga.  Aigbonoga was kidnapped on Monday morning, January 9, 2023, around Ugoneki axis, on her way to the court in Igueben Local Government Area of Edo State.  The incident comes two days after gunmen attacked Igueben train station and kidnapped 32 passengers waiting to board a train to Warri, Delta State.  The Publicity Secretary of the Benin branch of the Nigerian Bar Association (NBA) Festus Osagie Usiobaifo, confirmed the abduction in a statement on Monday afternoon.  “The President of Igueben Area Customary Court, His Honour, Mrs Precious Aigbonoga, was kidnapped this morning around Ugoneki axis, on her way to Court in Igueben L.G.A. Her Honour is the wife of our Colleague, Mr. Afebu Aigbonoga,” he wrote. “The Chairman of the Lion Bar, Chief Nosa Francis Edo-Osagie is deeply sad by this news and condemns, in strong terms, the worrisome insensitivity of these bandits in kidnapping Mrs Precious Aigbonoga; an easygoing, gentle, and hardworking judicial officer. “Meanwhile, the Dream Team is in close touch with the Commissioner of Police, C.P. Mohammed Adamu Dankwara. By the grace of God Almighty, His Honour shall be rescued unhurt, and the bandits brought to book, Amen! Let us keep His Honour in our prayers, please.” 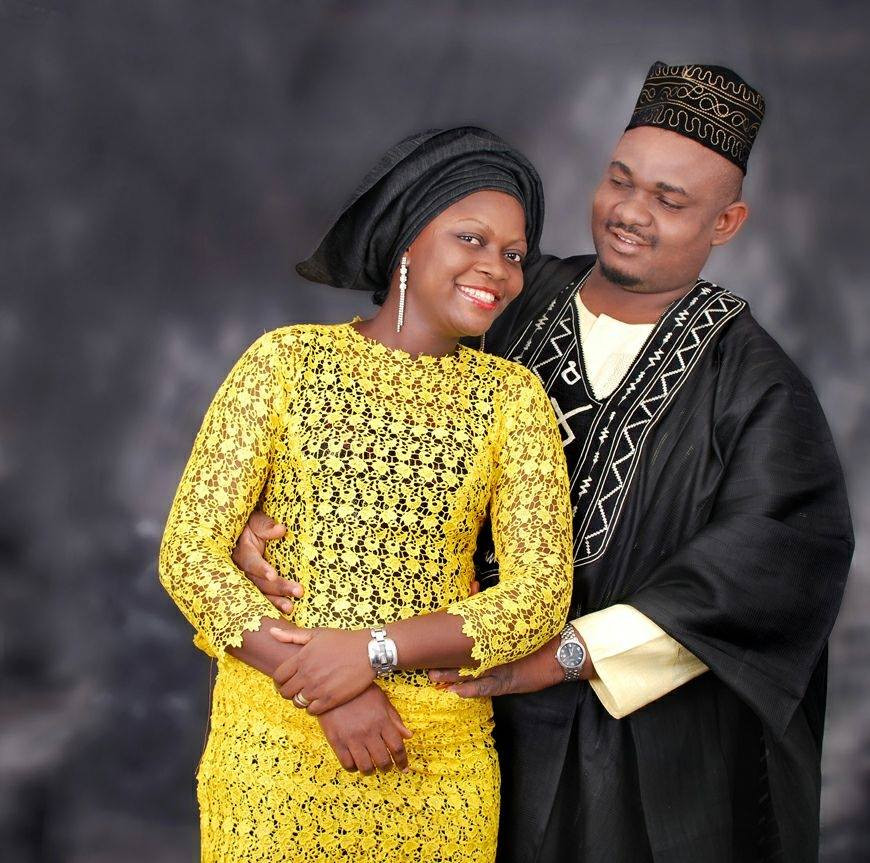 With her husband, who is also a lawyer 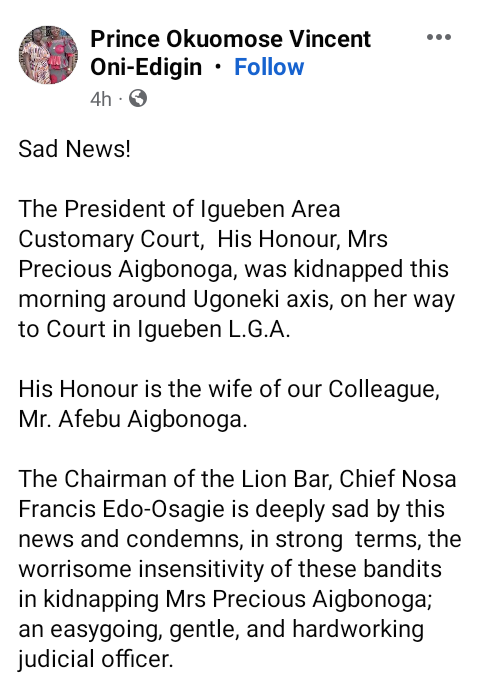