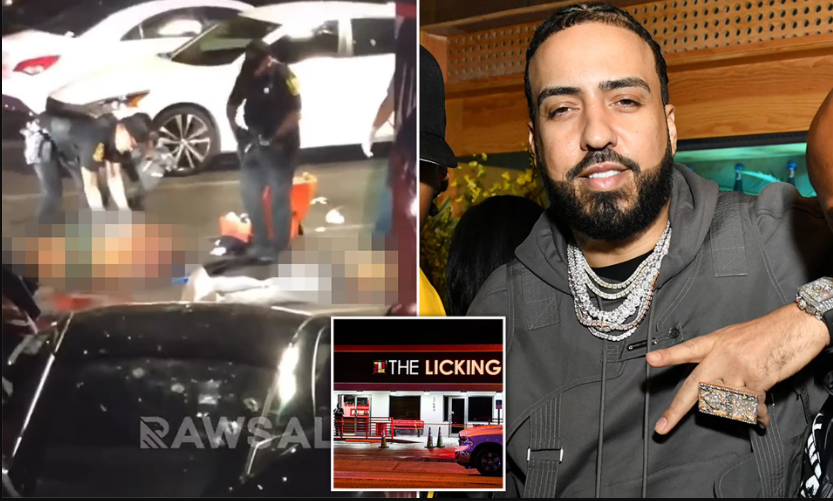 Ten people have reportedly been injured in a shooting where rappers French Montana and Rob49 were filming a music video. Miami Police and Fire Rescue units responded to reports of a shooting at The Licking Restaurant just before 8pm on Thursday January 5, outside a Miami Gardens restaurant Multiple posts on social media indicate that Rob49, 24, a popular New Orleans rapper, and one of French Montana’s bodyguards were two of the victims who were shot. Police have not yet confirmed those reports. 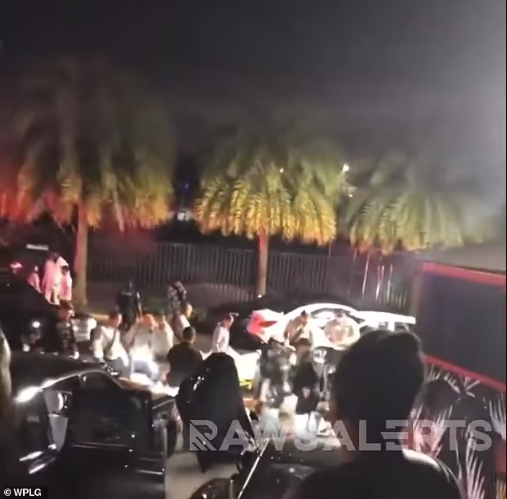 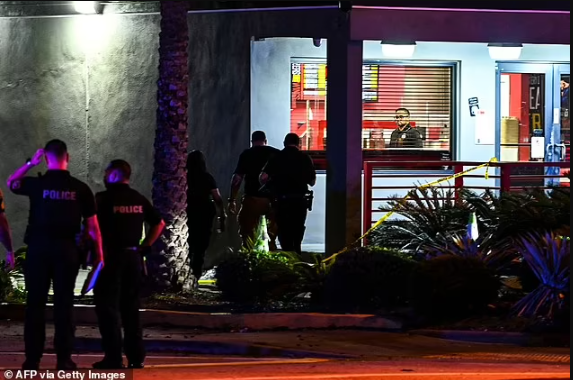 A first responder said via radio transmission, ‘We had a total of 10 [victims]. Four brought themselves to the hospital, and we’ve treated six transported.’ At least one of the victims was in critical condition on Thursday night. Montana’s bodyguard was, according to multiple social media posts, fighting for his life following the mass shooting.  News crews also captured rescue crews wheeling two victims on stretchers into the hospital. Witnesses Ced Mogul said rapper French Montana had been shooting a music video outside soul food restaurant The Licking, which is owned by DJ Khaled. In cell phone footage, French Montana, 38, can be seen in the parking lot of the restaurant as others stand around.#BREAKING: Numerous people shot while filming a music video outside a restaurant#Miami | #FloridaMultiple authorities are at the scene as police has confirmed at least 10 people have been shot in front of The Licking in Miami Gardens during a French Montana video shoot pic.twitter.com/KD8PwP7EjJ— R A W S A L E R T S (@rawsalerts) January 6, 2023 Eyewitness Ced Mogul said that a man in the crowd was robbed of his keys and wallet, after which the shooting broke out. The witness said the progression from confusion to multiple gunshots was ‘very rapid.’ ‘It was like at least 13, 14, 15 gunshots. It sounded like an assault rifle,’ he said, adding that he took off running. Hours following the shooting, it remained unclear whether an individual shot into the crowd or whether it was an exchange of fire. It was also unclear whether anyone had been taken into custody. Following the shooting, French Montana’s status remains unknown, though there was no indication that he is among the injured. TMZ reported that security got him out of the area without incident. CBS reported that law enforcement will be going through videos posted to social media and surveillance tapes of the area as they investigate the incident.The post Ten people are shot at French Montana’s video shoot in Miami including rapper Rob49 and a bodyguard who is fighting for his life (video) appeared first on Linda Ikeji Blog.
Uncategorized