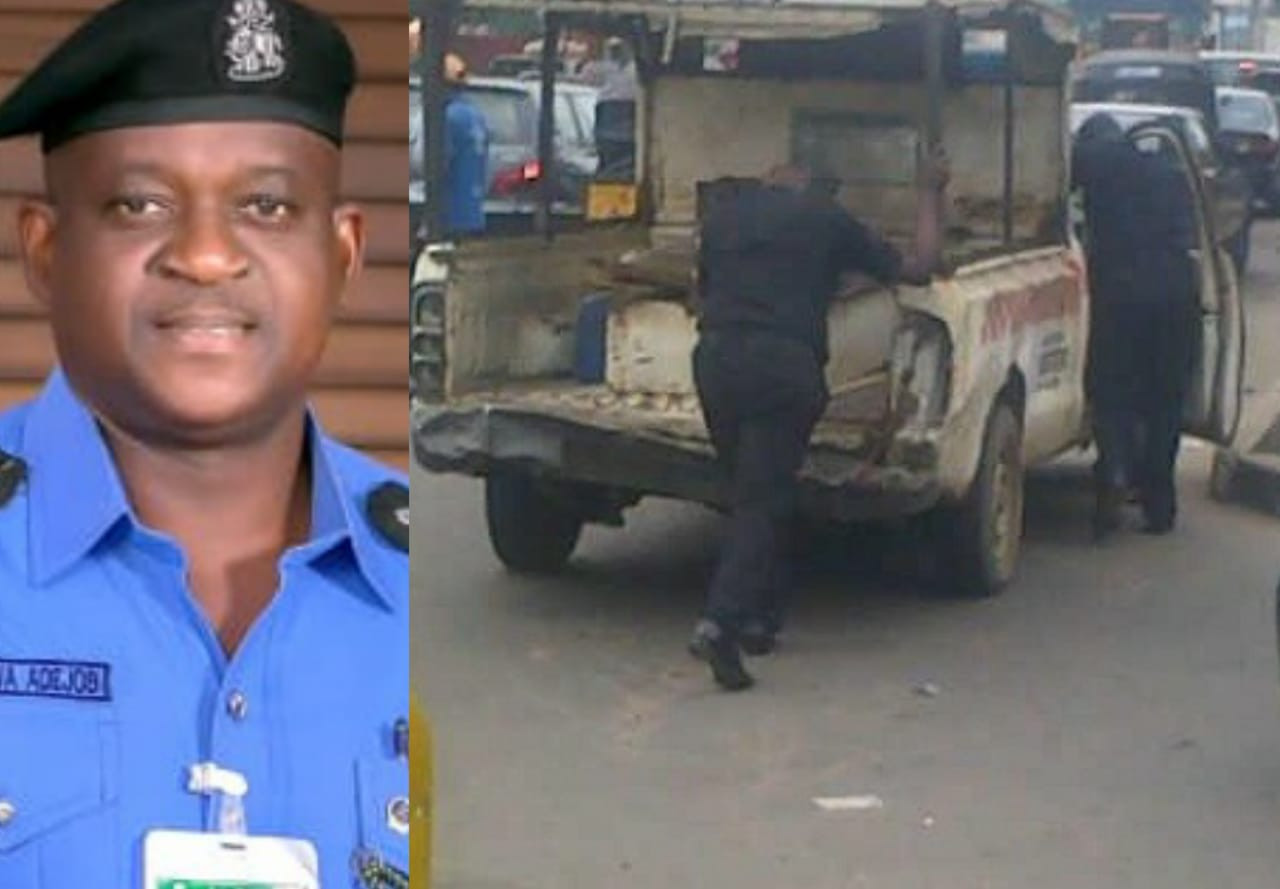 The spokesperson of the Nigerian Police Force, CSP Olumuyiwa Adejobi, has explained why patrol vans used by police officers are usually dirty and scattered. While responding to a Twitter user who asked why the Hilux used by police officers are always scattered. Responding, Adejobi said ;”See, police patrol vans work 24 hrs. When u park ur car in the evening, that’s when another team on night duty will take over the same vehicle for night patrol. Operational vehicles can’t be that neat like private vehicles. Anything operational looks rugged.So, the rigour these vehicles pass thru make them look rough and dirty. Many of them ply bad roads, etc. However, we always encourage DPOs and HODs to try and put them in good shape.” 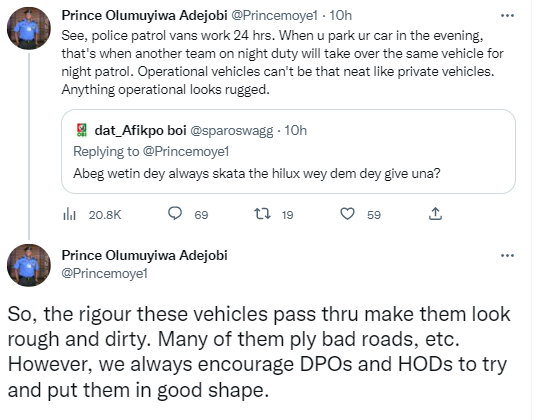