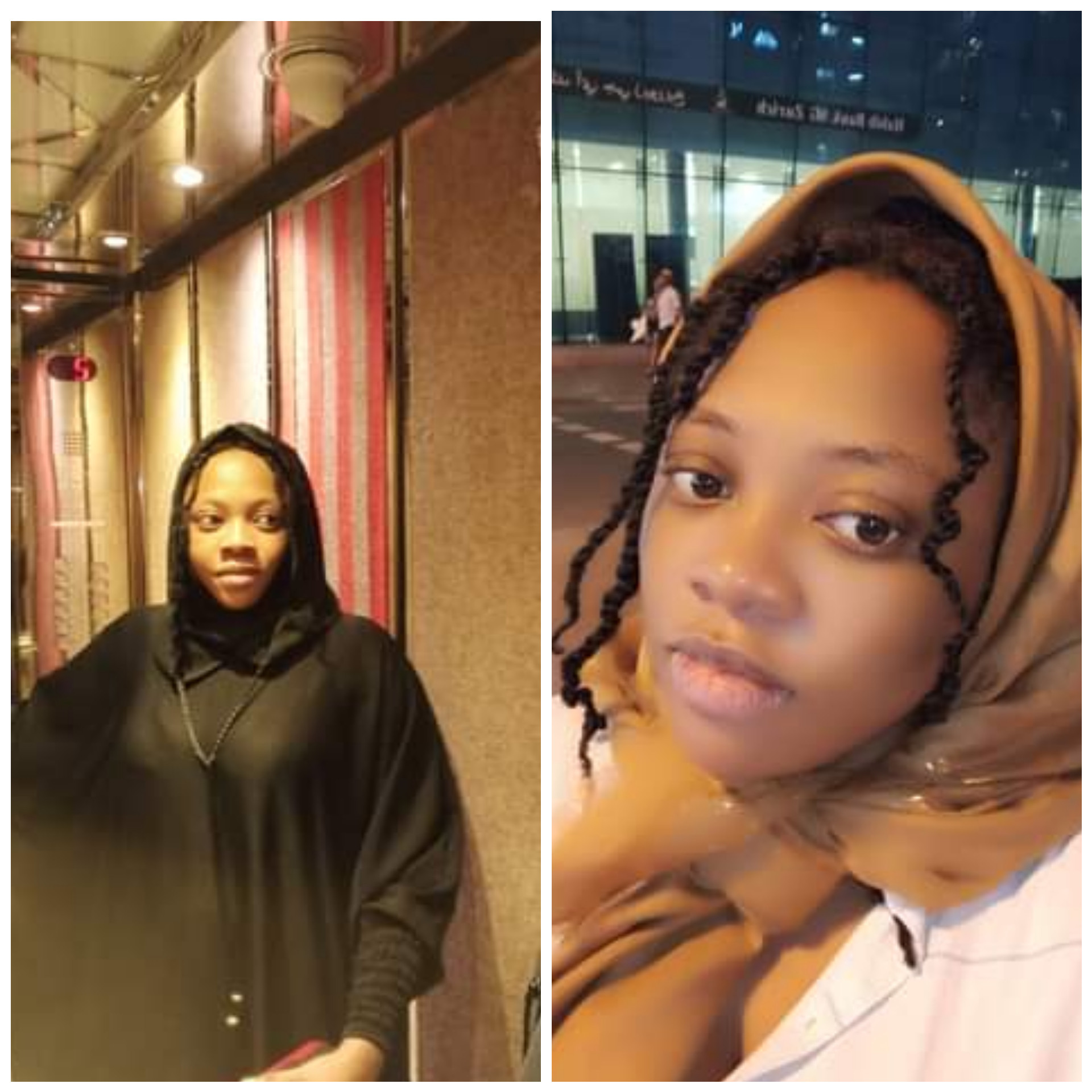 A Nigerian lady, Mairo Bello said that being religious has brought her nothing but ”pain, failure and rejection.” In a Facebook post on Wednesday, January 4, 2023, Mairo, who is based in Dubai, said before becoming close to God, she was doing well, owned a property and lacked nothing. “When I wasn’t too serious with religion I was prospering I owned my own property I lack nothing as everything always turn out successful for me , but since I became so close to God few years back never missing prayer and trying hard to avoid Haram,” she wrote. “It has always been failure pains and keeps getting worse over the years to extent am scammed and even the poorest of creature is better than me!! “ENOUGH IS ENOUGH I WILL HENCEFORTH CEASED PRAYING TO A GOD THAT CAUSE MISFORTUNES PAINS AND SORROWS TO HIS LOYAL WORSHIPPERS DONE WITH THIS SCAM CALLED RELIGION!!! KALAS”  She also said that people, including well known public figures she used to host in her residence have all abandoned her.  “I am an extrovert but wallahi when it comes to keeping secrets am a pro in it cox wallahi A don’t know about B and is what many love about me cox no way I will disclose their secrets!! I don’t want to publish names but when things was going on for me my residence hosted many of your well known public figures that are enjoying power and millions!! My home was always open and welcoming to them cox they couldn’t afford hotel and accomodation and I even helped some financially!! NOT ONE OF THEM EVEN LOOKED MY SIDE WHEN THEY MADE IT INFACT AM NOW LIKE TRASH TO THEM!!. “These are guys that couldn’t afford a plate of food but always eat to their satisfaction in my home and some were doing well but I was still nice to them!! If I publish names all of you here will be shock that i even know them talk more of accommodating them!! They now consider me too low for their social status since they are now in my past position!! .. I am f**king done being good I want to be wicked and heartless!” 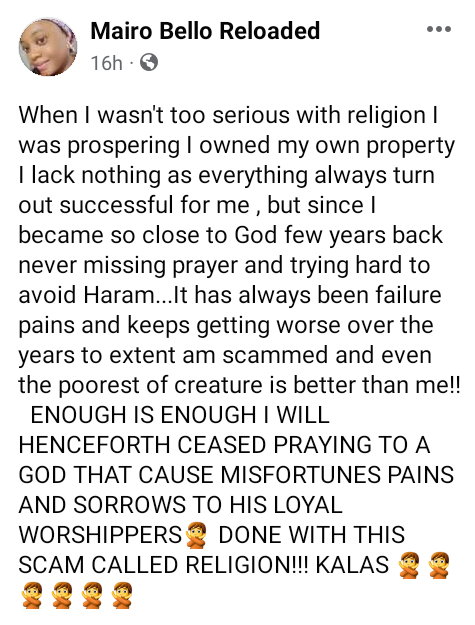 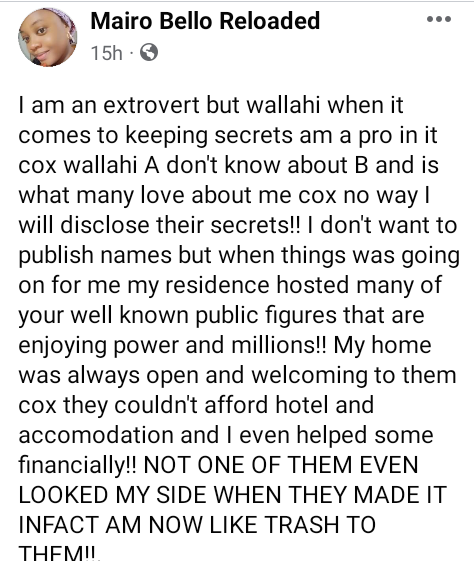 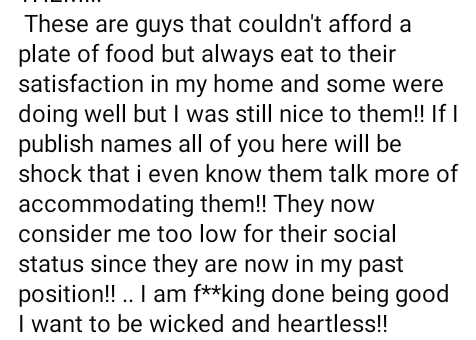 The post “I was prospering, owned my own property, lacked nothing when I wasn’t serious with religion” – Nigerian lady blames God for her pain and failure appeared first on Linda Ikeji Blog.
Uncategorized