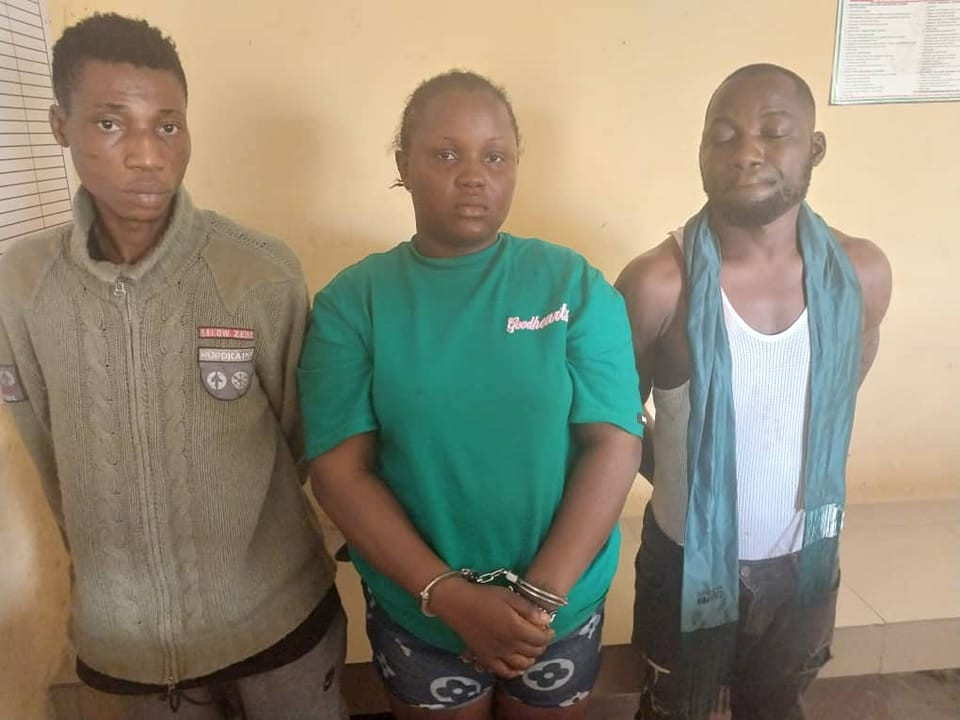 The Delta State Police Command has given further details on the Facebook scammers, kidnappers and rapists arrested in Ughelli North Local Government Area of the state.  The criminal gang allegedly lure unsuspecting victims via Facebook, gangrape them and then hold them hostage until their parents pay ransom for their release.  Spokesperson of the command, DSP Bright Edafe, in a statement on Wednesday, January 4, said the suspects recorded one of the victims while inserting a candle into her private part, then used the video to blackmail her parents to pay huge ransom.  “On 02/01/2023 at about 1700hrs, the DPO Ofuoma Division received a complaint from a lady (name withheld) that she saw one of the hoodlums that kidnapped her on 11/12/2023, and held her hostage at a hotel in Iwherekpokpor Community, Ughelli North LGA, took her nude pictures and recorded her on video while inserting a candle on her private part, and used same to blackmail the victim and her parents to pay huge ransom,” the statement read. “On receipt of this complaint, the DPO immediately detailed a combined team of Police detectives and Ekiugbo community vigilante, arrested one Cornelius Emene ‘m’ aged age 32 years. “During preliminary investigation, suspects made useful statement that led to the arrest of two other suspects Nelson Aghogho (aka Little), Ufuoma Tunde ‘f’, and also gave account of how they kidnapped another student of school of health and Technology Ofuoma, Ughelli north LGA. “The Modus operandi of the syndicate is to lure unsuspecting young girls on Facebook, get them to a hotel, drug them, gang rape them, before holding them hostage and demand ransom from their parents to secure their release. “The suspects phones contained numerous sex video recording of their previous victims, which was also used to blackmail them and their parents. “The three suspects, Cornelius Ememah, Nelson Aghogho (aka Little), and Ofuoma Tunde ‘f’, are currently in custody, and investigation is ongoing.”The post Delta police give details of how Facebook scammers recorded victim while inserting candle into her private part and used video to collect ransom from her parents appeared first on Linda Ikeji Blog.
Uncategorized