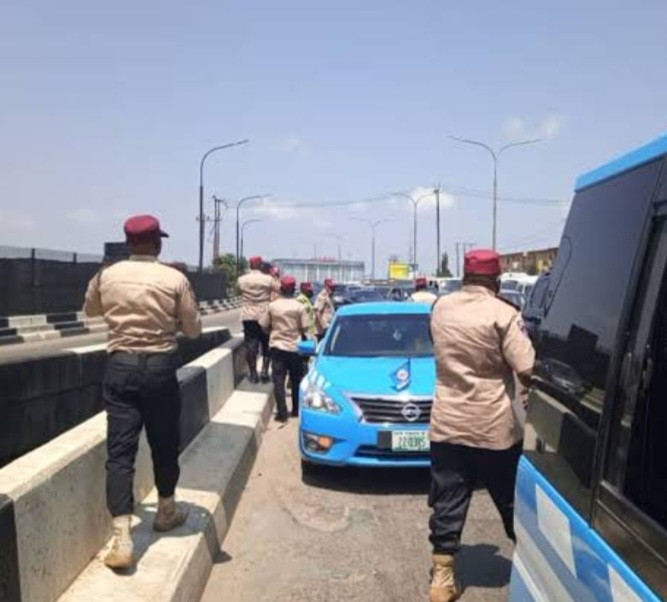 18 passengers were burnt to death when a bus collided with an articulated trailer at Narbodo village in Toro local government area of Bauchi State. A total of 21 travellers were involved in the accident, the Federal Road Safety Corps (FRSC) said on Thursday, Jan. 5. A statement from the Bauchi Sector Commander, Yusuf Abdullahi said that the accident involved a Toyota Hiace bus and a trailer with three occupants who survived the crash. Yusuf said that the accident happened at 4:40 pm on Wednesday, Jan. 4. He said: “21 people were involved in the road crash and there were 18 male adults and three children. 18 people who were all inside the Toyota Hiace bus were burnt beyond recognition as the vehicle went up in flames after having a head-on collision with the trailer.” Abdullahi also stated that mass burial was immediately carried out for the victims by the Nigeria Police Force. He attributed the cause of the crash to a speed violation which led to a head-on collision between the two vehicles. The Sector Commander, however, advised road users to always be conscious of traffic rules and regulations while plying the roads. He urged vehicle owners and drivers to ensure they have good tyres, average speed, routine vehicle maintenance and sound state of mind while driving.The post 18 passengers burnt as bus collides with trailer in Bauchi appeared first on Linda Ikeji Blog.
Uncategorized