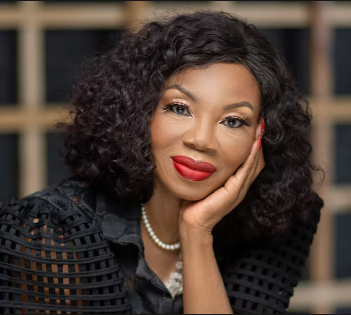 Publisher, Betty Irabor, has advised people who are still hurting and pained from past relationships to let it go and move on. In a tweet she shared on her handle this morning, Ms. Irabor stated that people cannot heal from past hurts and pain unless they “dismantle the shrine they erected in remembrance of the hurt and their perpetrators.” Her tweet reads; ”Sad d way many ppl have simply refused to let go & move on from past hurts and pain. U can’t heal until u dismantle that shrine u mounted in remembrance of ur pain & d perpetrators. it’s time to declutter ur mind. Let dem go. U can’t make anyone be with u. Be kind to urself. ” 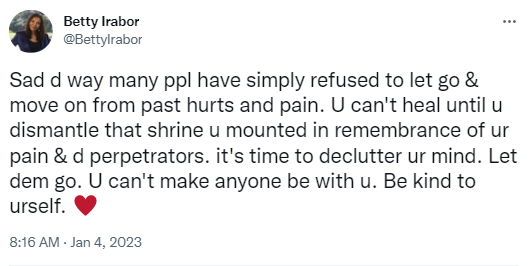 The post You can’t heal until you dismantle that shrine you mounted in remembrance of ur pain – Betty Irabor writes people still dealing with past hurts and pain appeared first on Linda Ikeji Blog.
Uncategorized