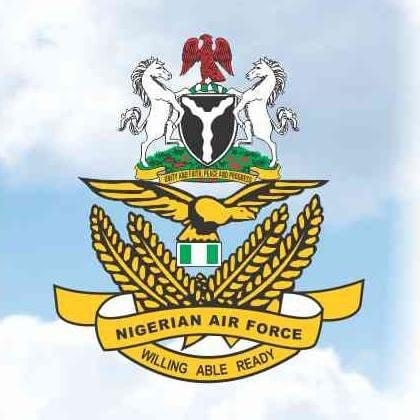 Tragedy struck in the Eyenkorin area of Ilorin, the Kwara state capital today January 4 after a truck crushed an officer of the Nigerian Air Force identified as LCPL Goselle Nanpon to death. According to eyewitnesses, the truck driver suffered a brake failure and rammed into the Air Force security checkpoint stationed at the area, killing the officer instantly and leaving another officer identified as LCPL Yahaya Ayuba, with a spinal cord injury. Kwara state Governor, Abdulrahman Abdulrazaq, in a sattement released by his Chief Press Secretary, Rafiu Ajakaye, expressed his sadness over the unfortunate incident. The statement reads; “Kwara State Governor AbdulRahman AbdulRazaq has commiserated with the authorities of the Nigerian Air Force on the death of LCPL Goselle Nanpon who was killed by a truck driver at a security point in Ilorin, Kwara State.My heartfelt condolences go to the highest echelon of the Nigerian Air Force and to the families affected. It was indeed a regrettable tragedy and one occupational hazard too many. That incident again underpins the need for citizens to show due respect to the security operatives for the weight of sacrifices they make in the course of keeping our country safe. We truly appreciate them and regret the huge loss of an officer and a serious injury to the other.A state government delegation is being despatched to visit the families of the officers as a mark of respect for their service and sacrifices. We pray the Almighty God to grant speedy recovery to the injured officer and repose the soul of LCPL Goselle Nanpon and comfort his family.”the statement readsThe post Truck suffers brake failure and crushes Air Force officer to death in Kwara, leaves another with a spinal cord injury appeared first on Linda Ikeji Blog.
Uncategorized