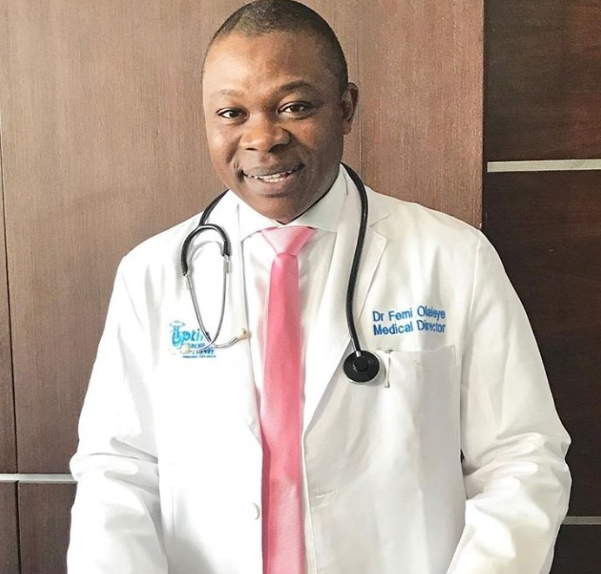 A child forensic specialist, Mrs Olabisi Ajayi-Kayode told a Lagos State Sexual Offences Court, Ikeja, that a 15-year-old minor allegedly defiled by her aunt’s husband, Dr Olufemi Olaleye, said the defendant told her virginity was outdated. Ajayi-Kayode appeared before the special offences and domestic violence court in Ikeja, Lagos, on Tuesday, Jan. 3, to narrate her forensic interview session with the victim. She stated that the victim also told her that Olaleye, the Medical Director of Optimal Cancer Care Foundation, after allegedly raping her, used tissue paper to wipe the blood that came out of her private parts. Olaleye, a doctor, is standing trial on a two-count charge of defilement of a child and sexual assault by penetration. He was accused of sexually violating his wife’s niece for over 20 months. In December 2022, Aderemi, the wife of Olaleye, told the court how her husband allegedly introduced her niece to pornographic content and oral sex. During Tuesday’s hearing, Ajayi-Kayode, the assistant director of The Cece Yara Foundation, said her organisation was engaged by Babajide Martins, Lagos state director of public prosecution (DPP), to carry out a forensic interview on the girl. The child advocate said she conducted the forensic interview on October 5, 2022 at her organisation’s office in Gbagada area of Lagos, and the report was submitted to the DPP on October 15, 2022. She added that the forensic interview was monitored by representatives of the Nigeria Police Force, the DPP, ministry of justice, and Domestic and Sexual Violence Agency. The report of the forensic interview and a flash drive containing the video recording of the interview were submitted as exhibits to the court. Recounting the survivor’s testimony, the child specialist said the girl informed her that before the abuse started, the defendant asked her if she was a virgin. Ajayi-Kayode said: “She (survivor) was groomed into serial sexual activities by her aunt’s husband (Olaleye). The child informed me that her aunt’s husband asked her about her virginity. “And he told the child that virginity is no longer in vogue and that as a medical doctor, he usually covers up for girls who have lost their virginity or gotten pregnant.” The child specialist said when she asked the survivor if she had been sexually active before Olaleye, her response was negative. “She also said the day the aunt’s husband had penetrative sex with her, there was blood and he used tissue paper to wipe it off,” Ajayi-Kayode added. The child specialist told the court that the doctor threatened to “abandon” his family members and travel out of the country if the survivor reported the rape incident to her aunt. Ajayi-Kayode added: “The aunt’s husband comes at night to check if the window is closed, after which he will wake her up and ask her to come and prepare coffee for him downstairs. “During one of the occasions, he started by touching her inappropriately, lifting her nightgown, putting his fingers into her private part. And on other occasions, he would make her perform oral sex. “She also informed me that he perpetrated the abuse in the part of the sitting room where the CCTV camera did not cover.” Rahman Oshodi, the presiding judge, adjourned the case till Wednesday, Jan. 4, to hear more testimonies from witnesses.The post Doctor Femil Olaleye allegedly told his wife’s niece virginity is no longer in vogue before alleged rape appeared first on Linda Ikeji Blog.
Uncategorized