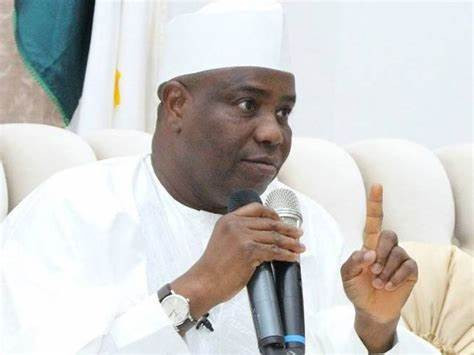 Governor Aminu Tambuwal of Sokoto state has asked Nigerian youths to refrain from being used as political thugs in the 2023 general election.  Speaking at a recent rally of the party, Tambuwal told Nigerian youths to ask politicians who want to use them for thuggery, to use their children instead. He added that they should not allow themselves to be used to compromise peaceful coexistence by perpetrating violence and chaos. Tambuwal said;  “You should ask any politician who invites you into political thuggery to align you with his sons and daughters.” The post Ask politicians to recruit their children if they approach you for thuggery – Governor Tambuwal tells youths appeared first on Linda Ikeji Blog.
Uncategorized