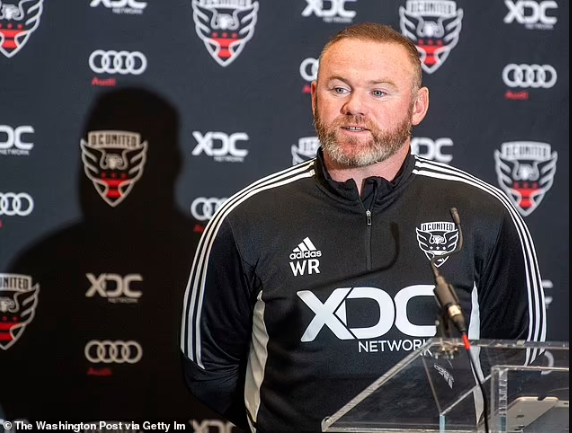 Manchester United legend and DC United coach, Wayne Rooney candidly spoke about ‘the size of his manhood’ during a bizarre team talk to his players. The DC United boss, 37, left the young lads ‘horrified’ after telling them about his ‘tiny penis’. Wayne was reportedly trying to boost the team’s morale due to recent bad results when he made the comments.  A source told The Sun: ‘It was very funny and he hoped using personal references would make it look like the speech was from the heart. ‘But the majority of his side were left bemused and struggled to understand what his sex life and size of his manhood had anything to do with what happens on the pitch. ‘A few of the young lads were horrified. They don’t share the same British sense of humour.’  The dad of four, who has been accused of cheating on wife Coleen several times, told his players he came back from ‘f***-ups’ and they could follow in his footsteps. The England legend, who played for the club in 2018 and 2019, scoring 25 goals in 52 matches, was unveiled as head coach in July 2022. The post Wayne Rooney candidly talks about his ‘tiny penis’ during team talk with DCUnitedplayers appeared first on Linda Ikeji Blog.
Uncategorized