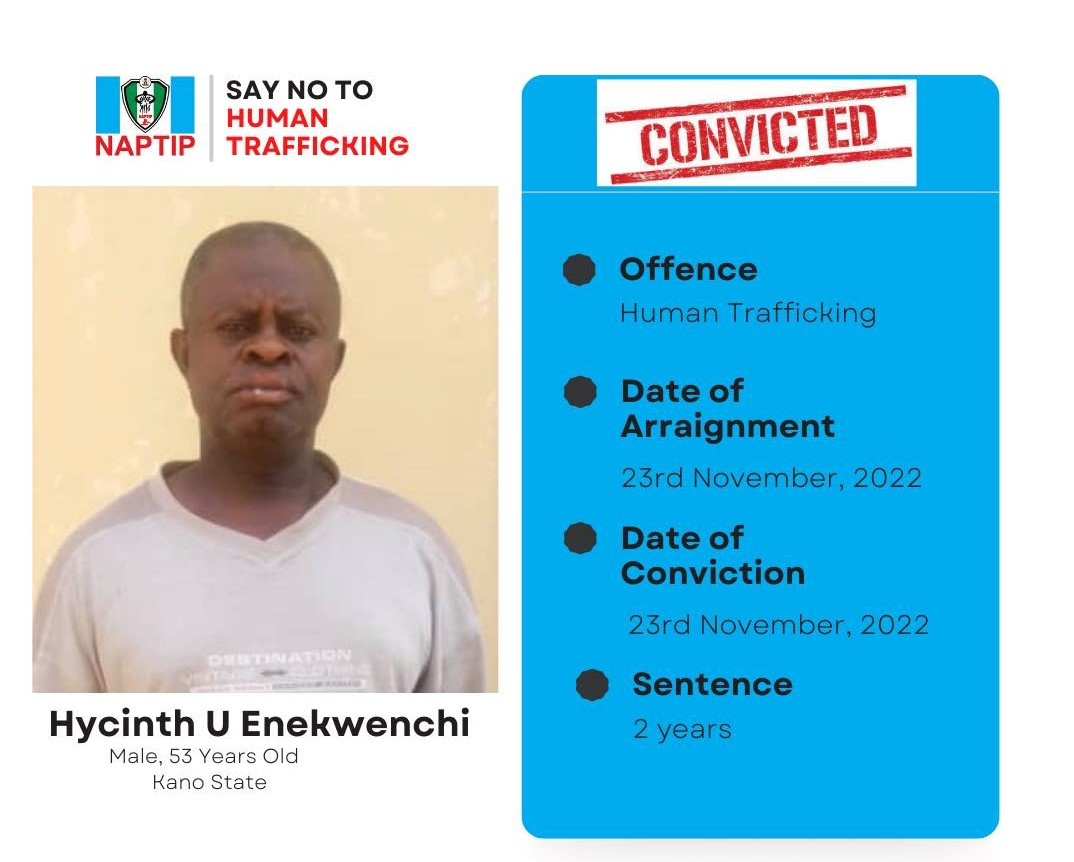 A Kano State high court has sentenced a 53-year-old man, Hycinth Uchechukwu Enekwechi to two years imprisonment for attempting to procure the illegal entry of three girls from Oyo and Osun to Libya through Niger Republic. The National Agency for the Prohibition of Trafficking in Persons (NAPTIP) disclosed this in a statement on Thursday, November 24, 2022. According to the statement, Enekwechi was convicted on Wednesday, November 23, 2022.  “The convict – a 53years old Male of No. 59 Abeokuta Road, Sabon Gari Quarters, Kano State was sentenced to 2 years imprisonment with an additional fine of N250,000 for attempting to procure the illegal entry of 3 Females to go from Oyo and Osun State respectively to Libya through Niger Republic.” the statement read. The post Man jailed for attempted trafficking of three Nigerian girls to Libya appeared first on Linda Ikeji Blog.
Uncategorized