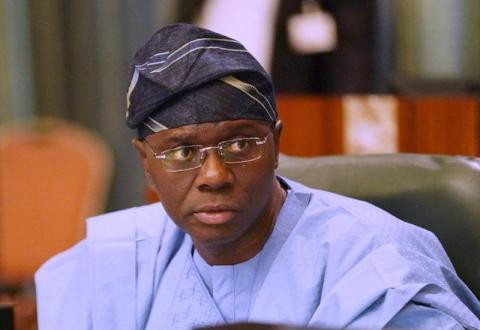 The Lagos state government on Thursday November 24, said for the third consecutive year, the state has recorded no single case of armed robbery attacks on banks and other financial institutions operating within its boundary. This was disclosed at the 16th Town Hall Meeting on security organized by the Lagos State Security Trust Fund (LSSTF) at Civic Centre in Victoria Island. Speaking at the Townhall meeting, the state governor, Babajide Sanwo-Olu, said his administration adopted a technology-driven strategy that enabled the security agencies to respond proactively ahead of potential breaches at vulnerable spots, including a web of undercover operations to frustrate armed attacks on possible targets. This, he said, has bolstered the confidence of the financial institutions to freely move their cash around the State with limited risks. At the meeting, it was also disclosed that Lagos state recorded only 21 incidents of armed robbery – the lowest rate in the last decades. It was disclosed that from November 2021 till date, the police and combined team of security agencies have foiled 149 armed robbery attempts across communities. “As a Government, our approach to security is holistic and collaborative. Our security policy is driven by the need to engender a wholly secure environment that enables the wellbeing, prosperity and fulfilment of all the residents. We consider no amount of investment too big to be put forward in ensuring the progress we have achieved since inception is sustained. In the last three and a half years, we have continued to maintain the record of zero incident of robbery attack on banks or any other financial institution operating in our State.LSSTF has been at the forefront of these security efforts. Through the agency, we have continued to provide interventions to the police and other security agencies operating in Lagos in the areas that include operational capacity, training and logistics. Our efforts have yielded encouraging results in crime fighting, as Lagos remains largely safe for business and living. This relative peace and safety that we have been experiencing in this massive mega city will not be compromised. We will continue to strengthen the security operation to ensure the progress recorded is not reversed.” he governor saidThe post We have recorded the lowest robbery incidents in decades – Lagos state govt appeared first on Linda Ikeji Blog.
Uncategorized